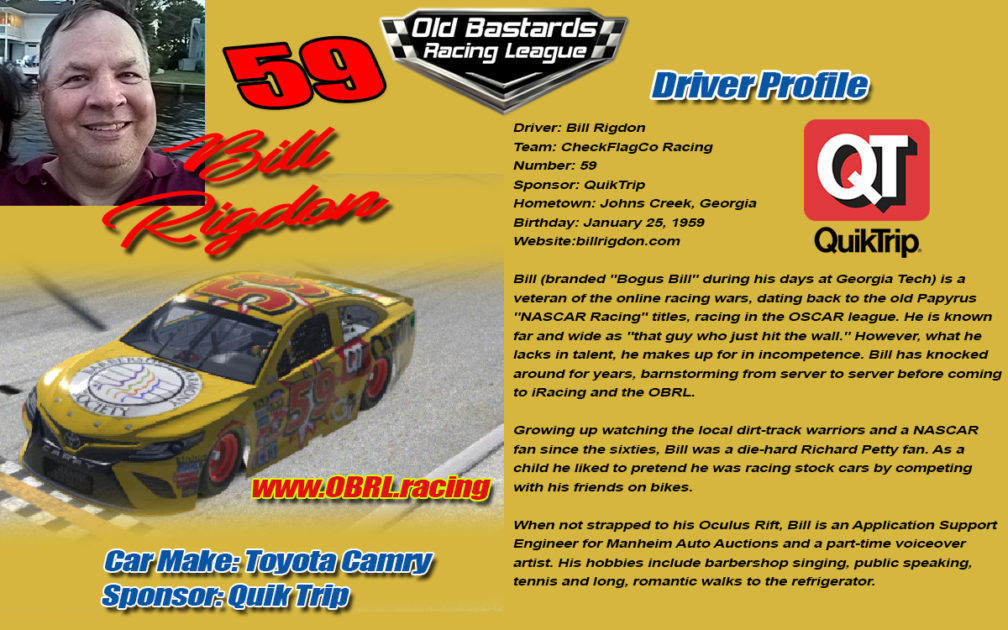 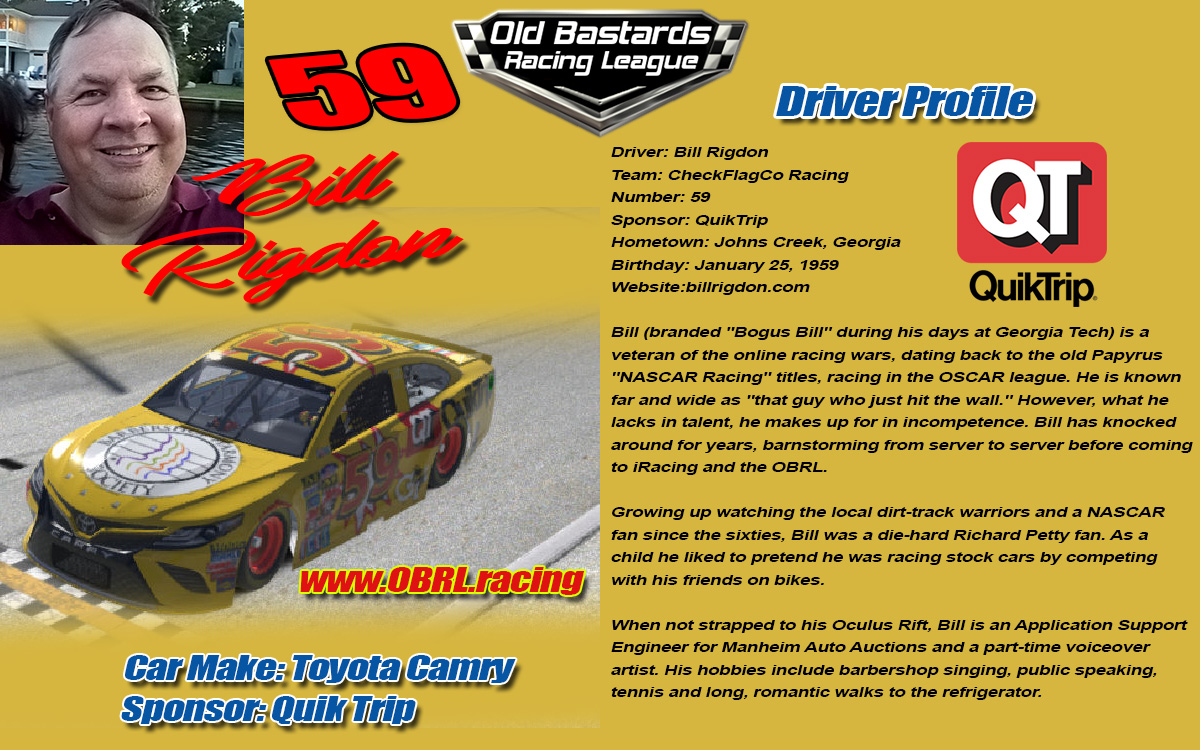 Bill (branded “Bogus Bill” during his days at Georgia Tech) is a veteran of the online racing wars, dating back to the old NROS days with the Papyrus “NASCAR Racing” titles, where he raced in the OSCAR league. Renowned for his uncanny knack for poor starts and even poorer finishes, he is known far and wide as “that guy who just hit the wall.” However, what he lacks in talent, he makes up for in incompetence. Bill has knocked around the online circuit for years, barnstorming from server to server before coming to iRacing and OBRL.

Growing up watching the local dirt-track warriors duke it out, and being a NASCAR fan since the sixties, Bill has been a die-hard Richard Petty supporter for over fifty years. “Short of the birth of my children and my wedding day, the 1979 Daytona 500 was the happiest day of my life,” he admits. As a child, he liked to pretend he was racing stock cars by competing with his friends on bikes. But, “had we had iRacing when I was a kid,” he muses, “I’d never have left my bedroom.” Now, he never leaves it because he’s just lazy.

When not strapped to his Oculus Rift, Bill is an Application Support Engineer for Manheim Auto Auctions and a part-time voiceover artist. His hobbies include barbershop singing, public speaking, tennis and long, romantic walks to the refrigerator.

Look for Bill on a rollback truck near you!