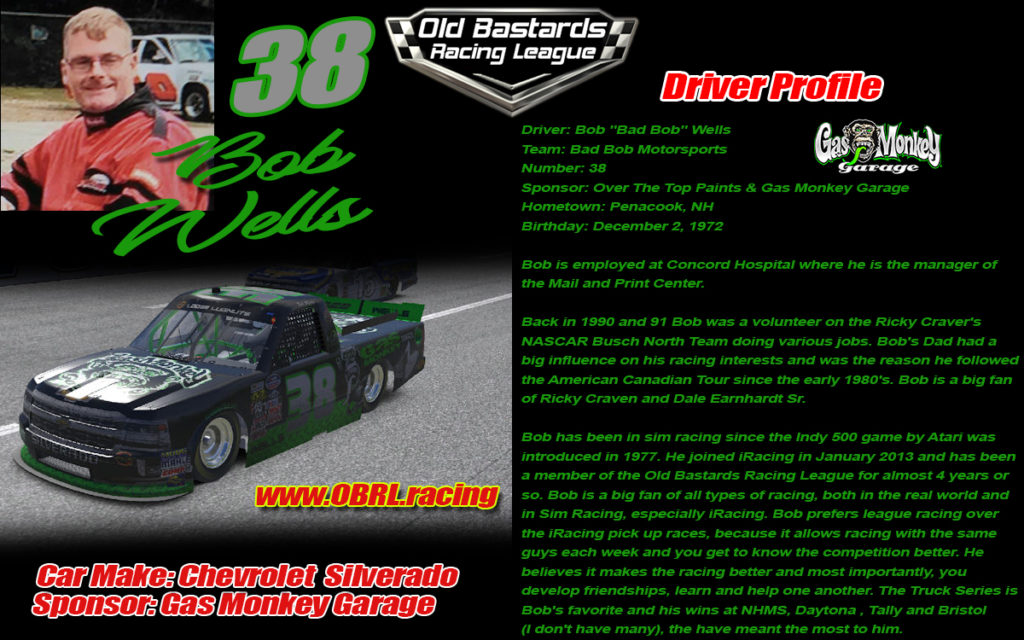 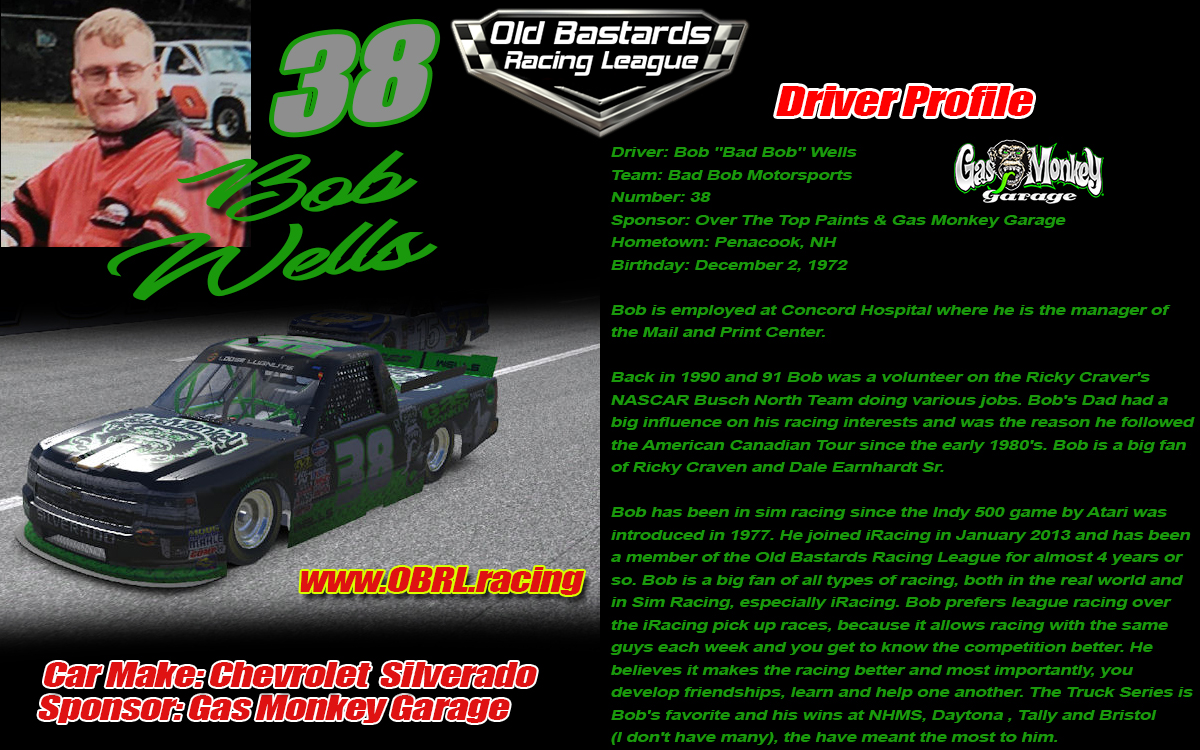 Bob is employed at Concord Hospital where he is the manager of the Mail and Print Center.

Back in 1990 and 91 Bob was a volunteer on the Ricky Craver’s NASCAR Busch North Team doing various jobs. Bob’s Dad had a big influence on his racing interests and was the reason he followed the American Canadian Tour since the early 1980’s. Bob is a big fan of Ricky Craven and Dale Earnhardt Sr.

Bob has been in sim racing since the Indy 500 game by Atari was introduced in 1977. He joined iRacing in January 2013 and has been a member of the Old Bastards Racing League for almost 4 years or so. Bob is a big fan of all types of racing, both in the real world and in Sim Racing, especially iRacing. Bob prefers league racing over the iRacing pick up races, because it allows racing with the same guys each week and you get to know the competition better. He believes it makes the racing better and most importantly, you develop friendships, learn and help one another. The Truck Series is Bob’s favorite and his wins at NHMS, Daytona , Tally and Bristol (I don’t have many), the have meant the most to him.