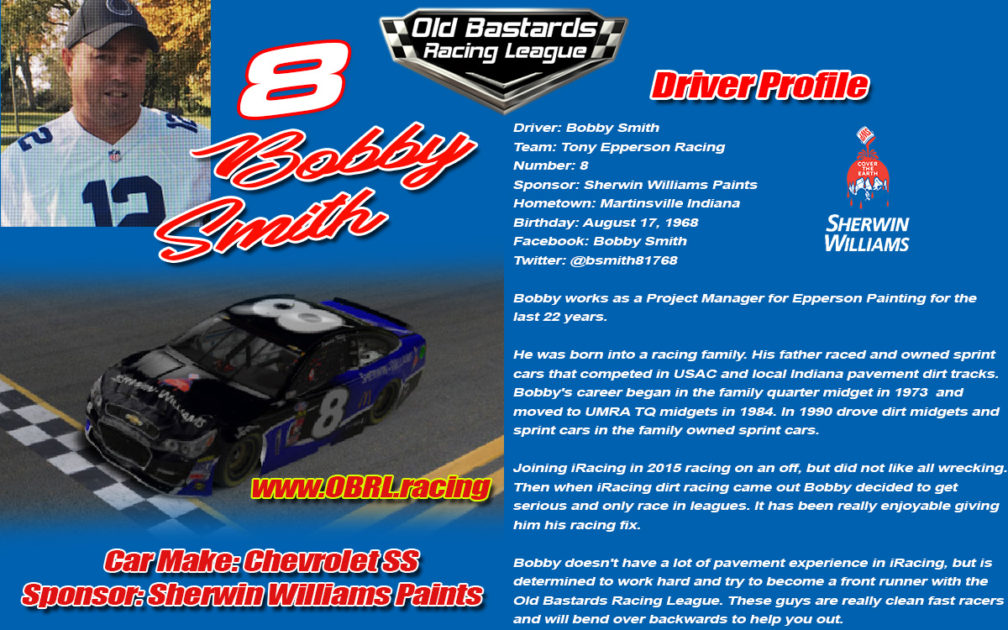 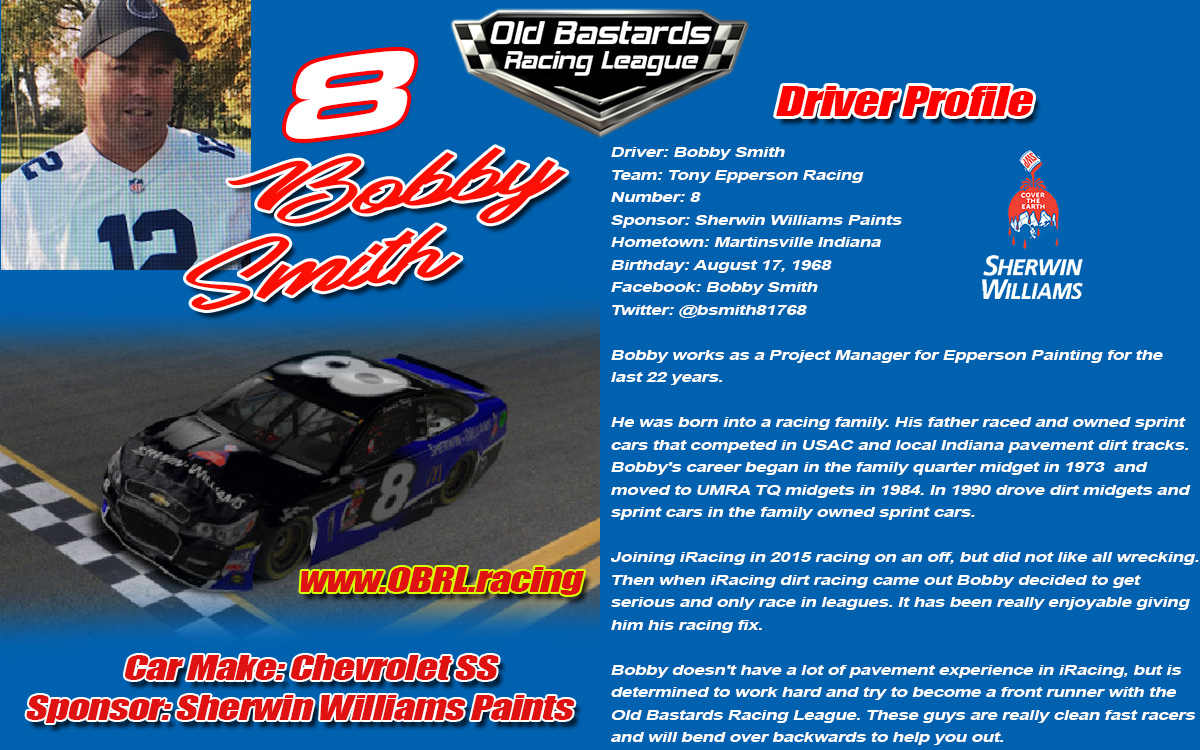 Bobby works as a Project Manager for Epperson Painting for the last 22 years.

Bobby started driving the Epperson Painting Tony Epperson # 8 sprint car and midget in 1995 until he retired from racing in 2008. Some of his racing accomplishments include 6 UMRA TQ A main wins, 1 USAC regional midget win, 2 Wing 360 sprint car A main wins, 4 Non wing 360 Hoosier Sprint Car A main Wins, 3 Non wing 410 A main wins including the Sheldon Kinser Classic at Paragon Speedway. 1993 Hoosier 360 Sprint Car Champion. 1994 USAC National Sprint Car Rookie of the year and 12th in points. 1999 Anderson Little 500 Rookie Of the Race. 2002 5th place in points in USAC Regional Midgets. Competed in 3 Chili Bowl Nationals with a G main win and only making it to the C-Main in 2002.

He joined iRacing in 2015 and raced on an off, but just did not like all wrecking while no one seemed to take it seriously. When the iRacing dirt racing came out last year Bobby decided to get serious and only race in leagues. It has been really enjoyable and is giving him his racing fix.

Bobby doesn’t have a lot of pavement experience in iRacing, but is determined to work hard and try to become a front runner with the Old Bastards Racing League. These guys are really clean fast racers and will bend over backwards to help you out.