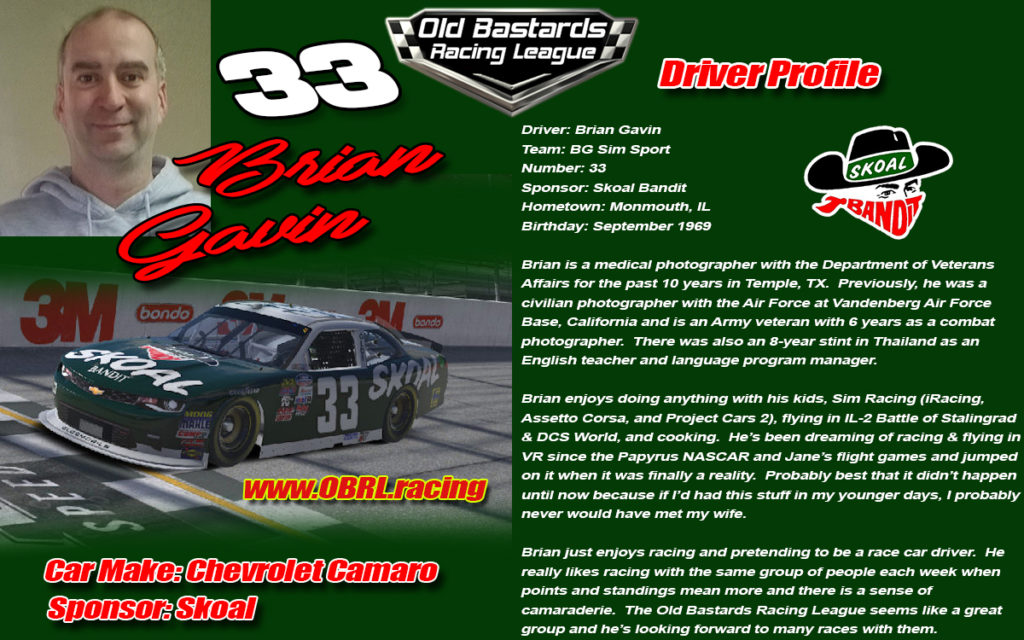 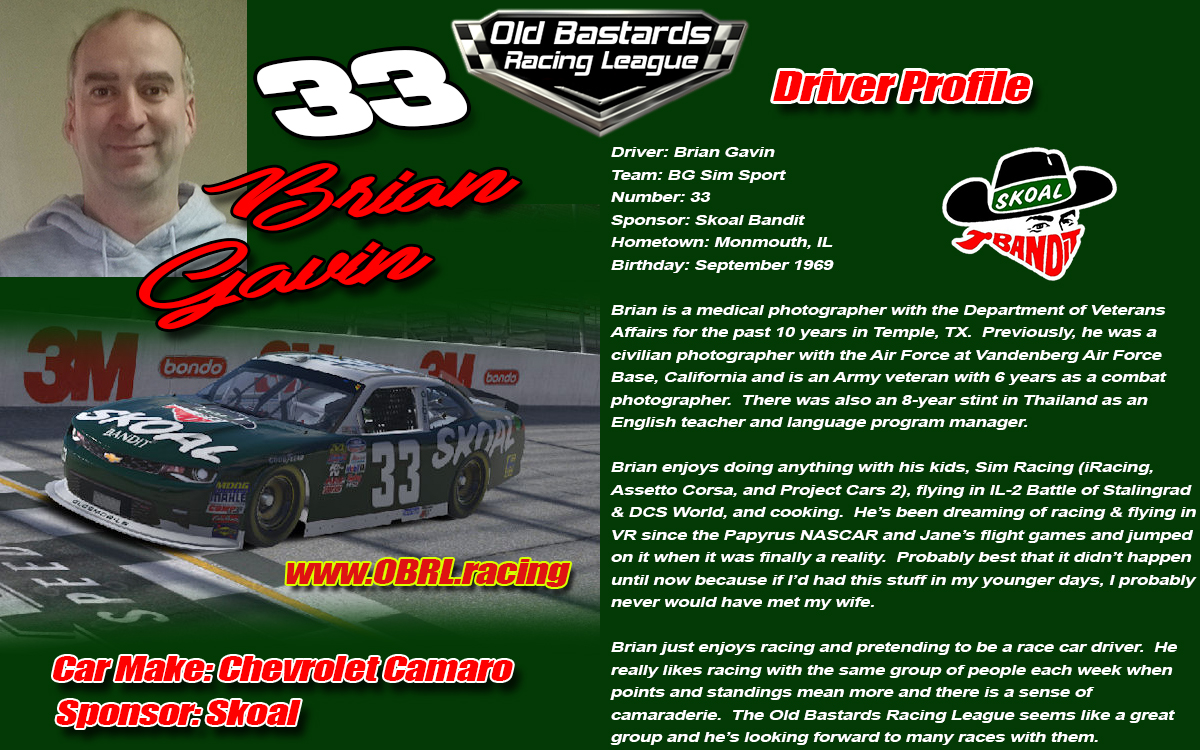 Brian is a medical photographer with the Department of Veterans Affairs for the past 10 years in Temple, TX.  Previously, he was a civilian photographer with the Air Force at Vandenberg Air Force Base, California and is an Army veteran with 6 years as a combat photographer.  There was also an 8-year stint in Thailand as an English teacher and language program manager.

Brian enjoys doing anything with his kids, Sim Racing (iRacing, Assetto Corsa, and Project Cars 2), flying in IL-2 Battle of Stalingrad & DCS World, and cooking.  He’s been dreaming of racing & flying in VR since the Papyrus NASCAR and Jane’s flight games and jumped on it when it was finally a reality.  Probably best that it didn’t happen until now because if I’d had this stuff in my younger days, I probably never would have met my wife.

Brian has never been fast and rarely win races but couldn’t really care less.  He just enjoys racing and pretending to be a race car driver.  He really likes racing with the same group of people each week when points and standings mean more and there is a sense of camaraderie.  The Old Bastards Racing League seems like a great group and he’s looking forward to many races with them.