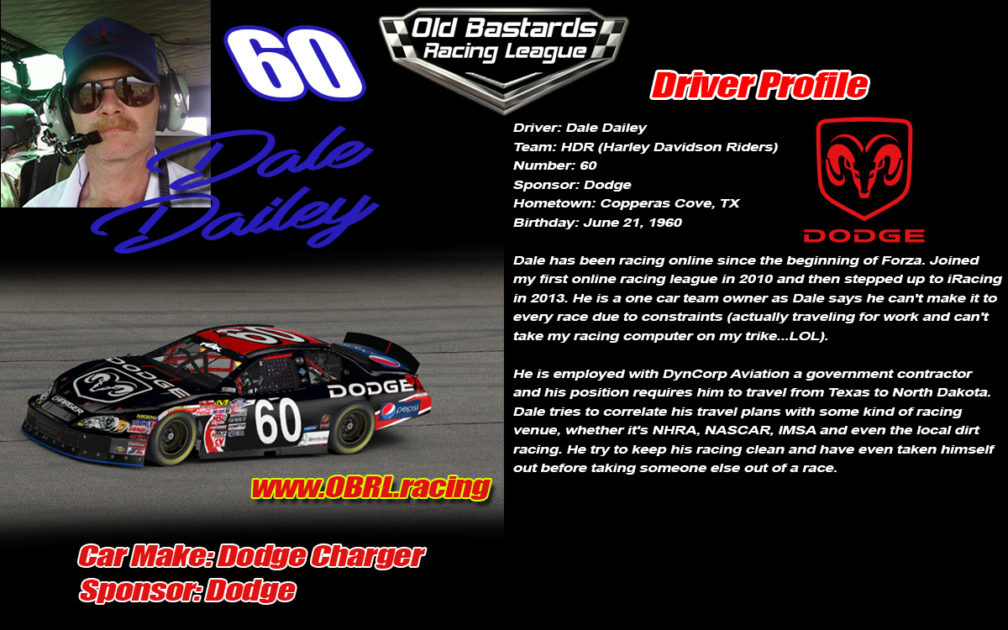 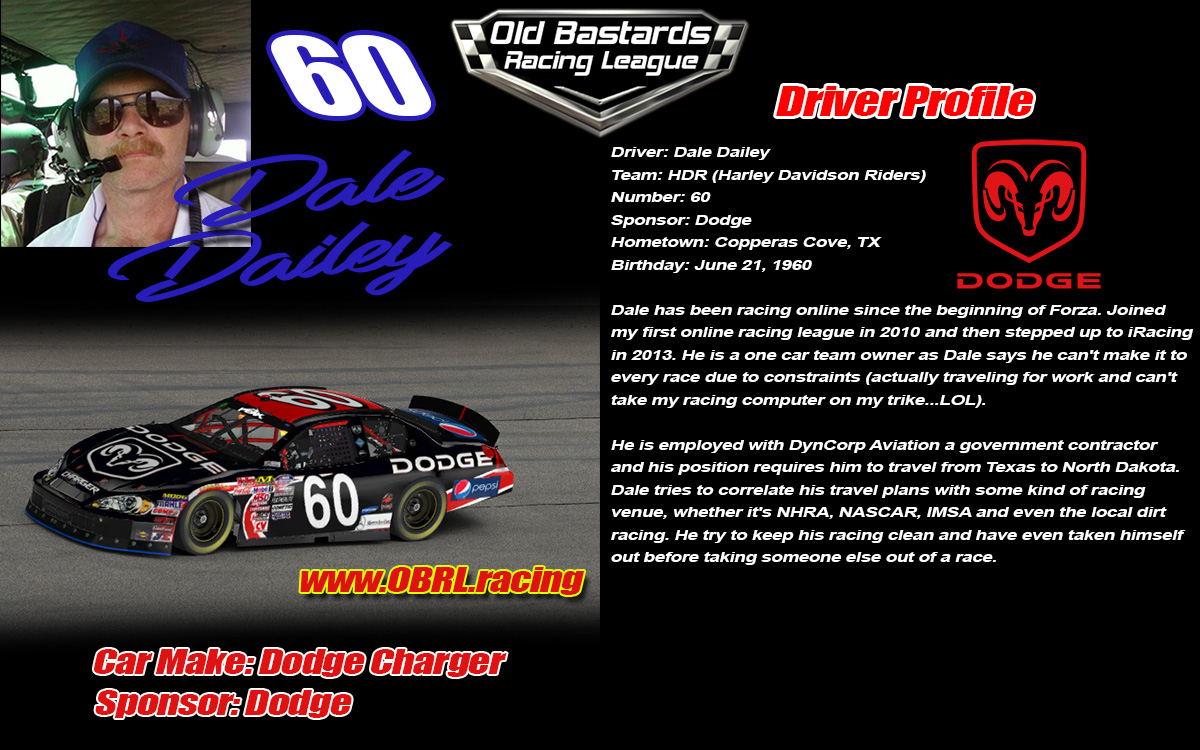 Dale has been racing online since the beginning of Forza. Joined my first online racing league in 2010 and then stepped up to iRacing in 2013. He is a one car team owner as Dale says he can’t make it to every race due to constraints (actually traveling for work and can’t take my racing computer on my trike…LOL).

He is employed with DynCorp Aviation a government contractor and his position requires him to travel from Texas to North Dakota. Dale tries to correlate his travel plans with some kind of racing venue, whether it’s NHRA, NASCAR, IMSA and even the local dirt racing. He try to keep his racing clean and have even taken himself out before taking someone else out of a race.