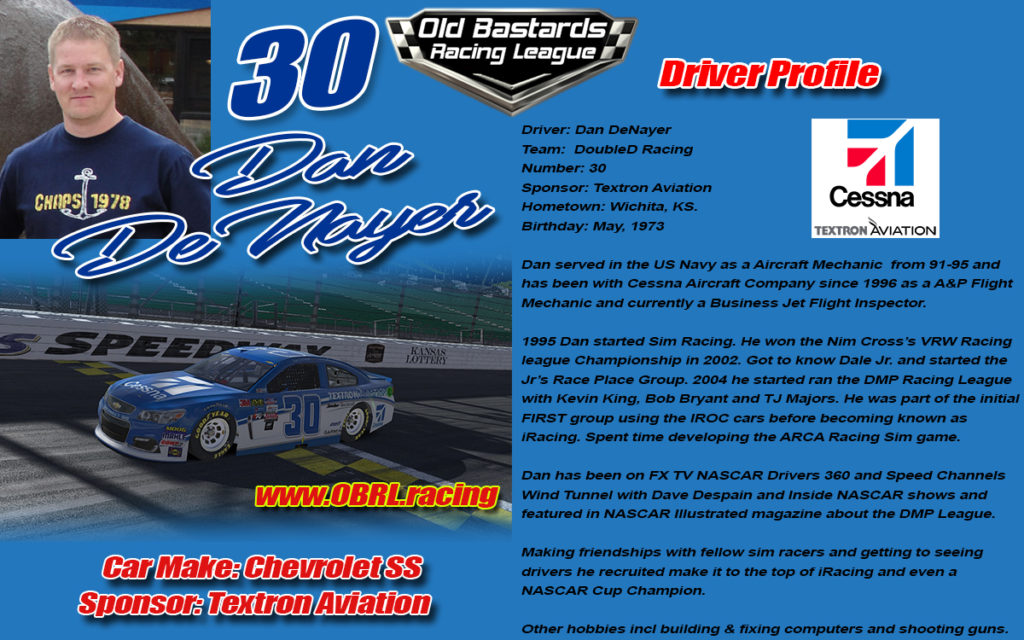 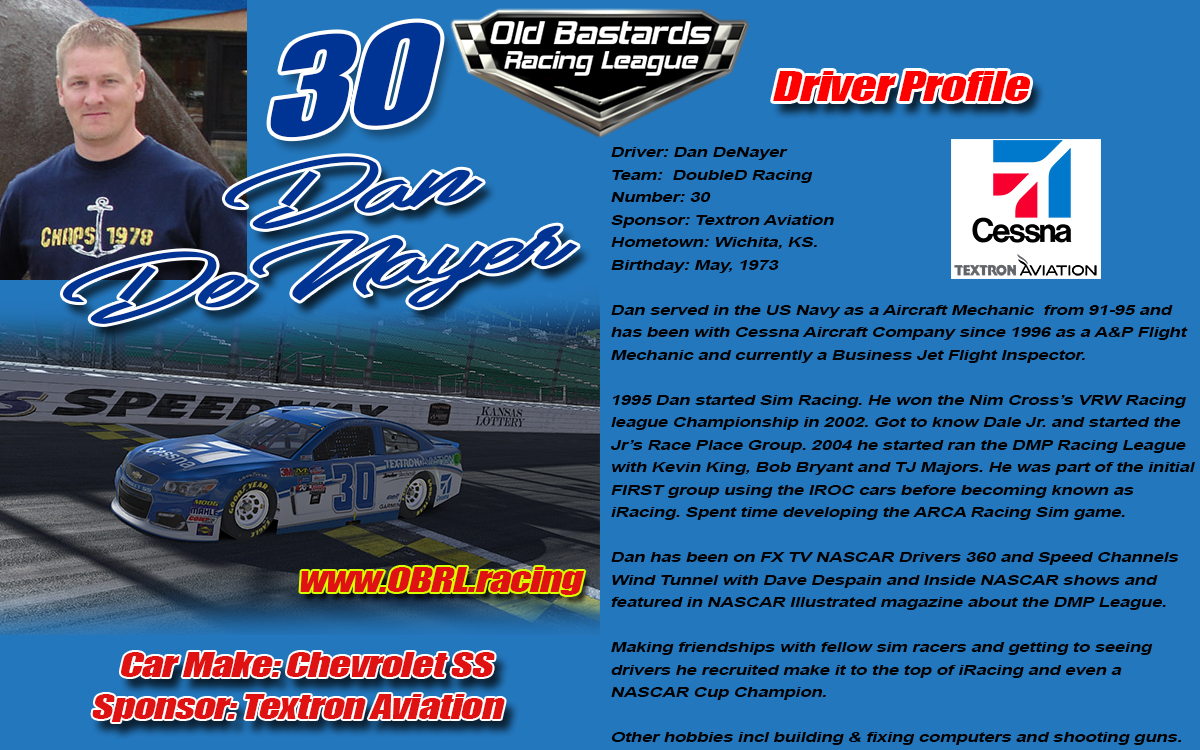 Dan served in the US Navy as a Aircraft Mechanic from 91-95 and has been with Cessna Aircraft Company since 1996 as a A&P Flight Mechanic and currently a Business Jet Flight Inspector.

Dan has been on FX TV NASCAR Drivers 360 and Speed Channels Wind Tunnel with Dave Despain and Inside NASCAR shows and featured in NASCAR Illustrated magazine about the DMP League.

Making friendships with fellow sim racers and getting to seeing drivers he recruited make it to the top of iRacing and even a NASCAR Cup Champion.

Dan started following NASCAR when he was station in Virginia in the early 90’s and have been hooked since. He spent Saturday nights at Langely Speedway in Hampton, Virginia and loved it! The 1994 Bud 500 at Dover was my 1st ever NASCAR race weekend.

Dan also went to the Dale, Jr’s party at Jr’s. home after he won the 2004 Daytona 500. Went to the victory lane celebration. He also has celebrated with Martin Truex and Dale Jr. several times over their careers pretty much tops it all.