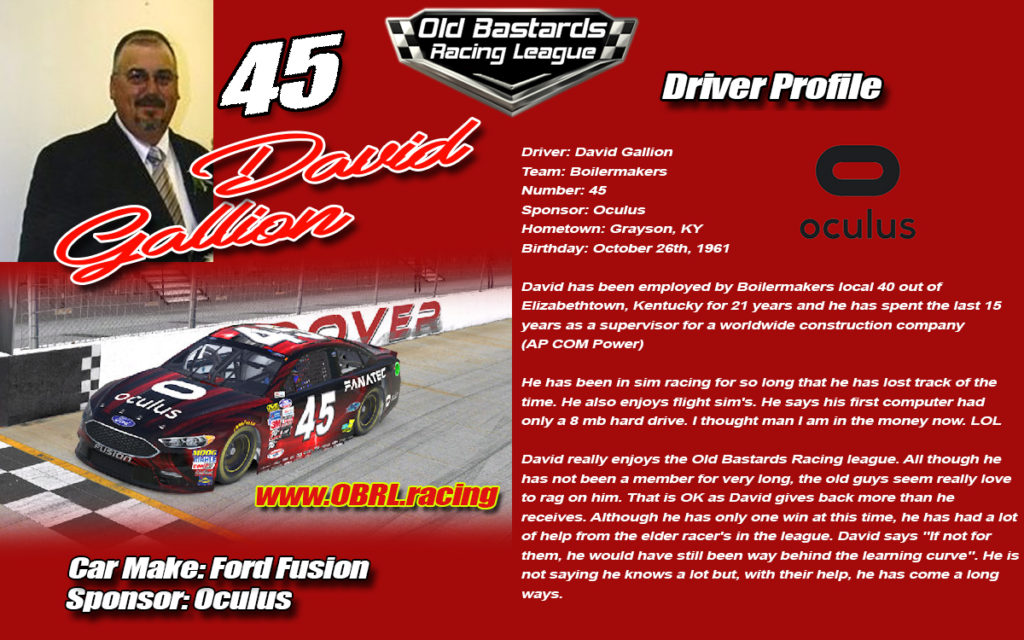 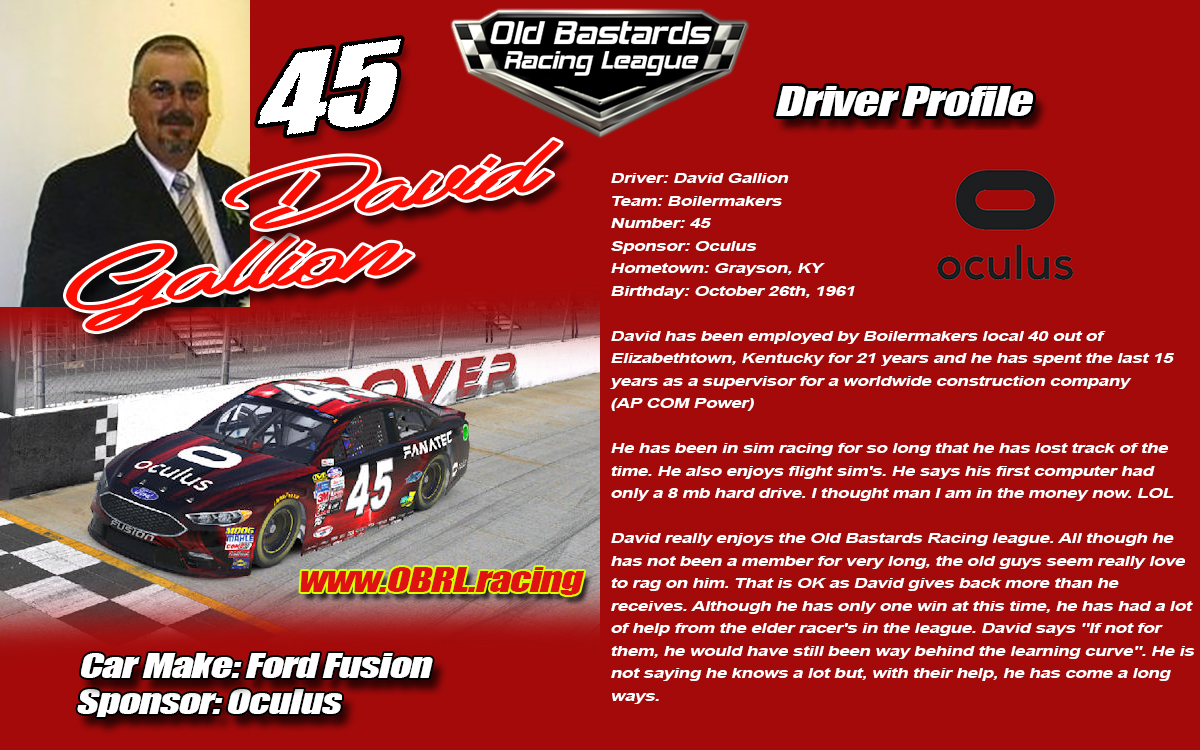 David has been employed by Boilermakers local 40 out of Elizabethtown, Kentucky for 21 years and he has spent the last 15 years as a supervisor for a worldwide construction company (AP COM Power)

He has been in sim racing for so long that he has lost track of the time. He also enjoys flight sim’s. He says his first computer had only an 8 mb hard drive. I thought man I am in the money now. LOL

David really enjoys the Old Bastards Racing league. All though he has not been a member for very long, the old guys seem really love to rag on him. That is OK as David gives back more than he receives. Although he has only one win at this time, he has had a lot of help from the elder racer’s in the league. David says “If not for them, he would have still been way behind the learning curve”. He is not saying he knows a lot but, with their help, he has come a long ways.