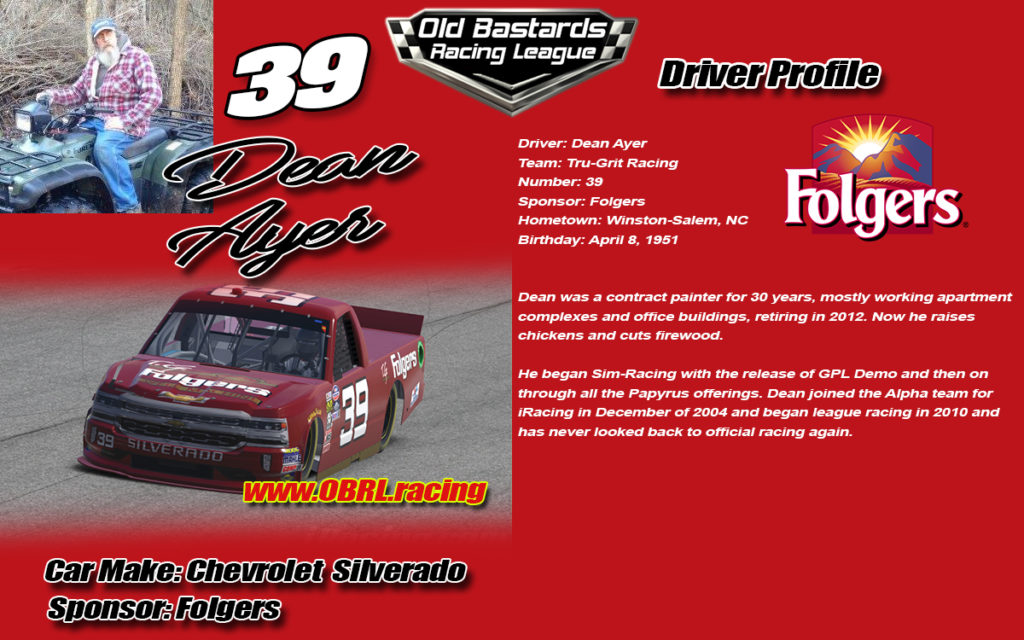 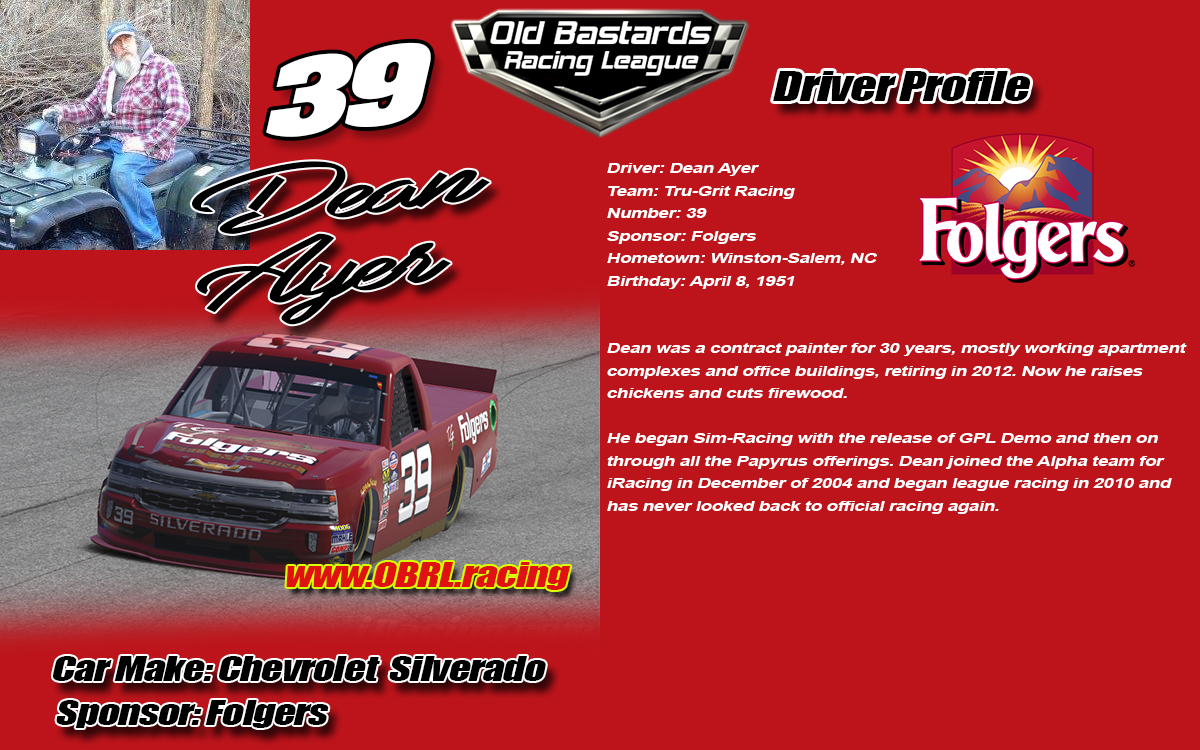 Dean was a contract painter for 30 years, mostly working apartment complexes and office buildings, retiring in 2012. Now he raises chickens and cuts firewood.

He began Sim-Racing with the release of GPL Demo and then on through all the Papyrus offerings. Dean joined the Alpha team for iRacing in December of 2004 and began league racing in 2010 and has never looked back to official racing again.