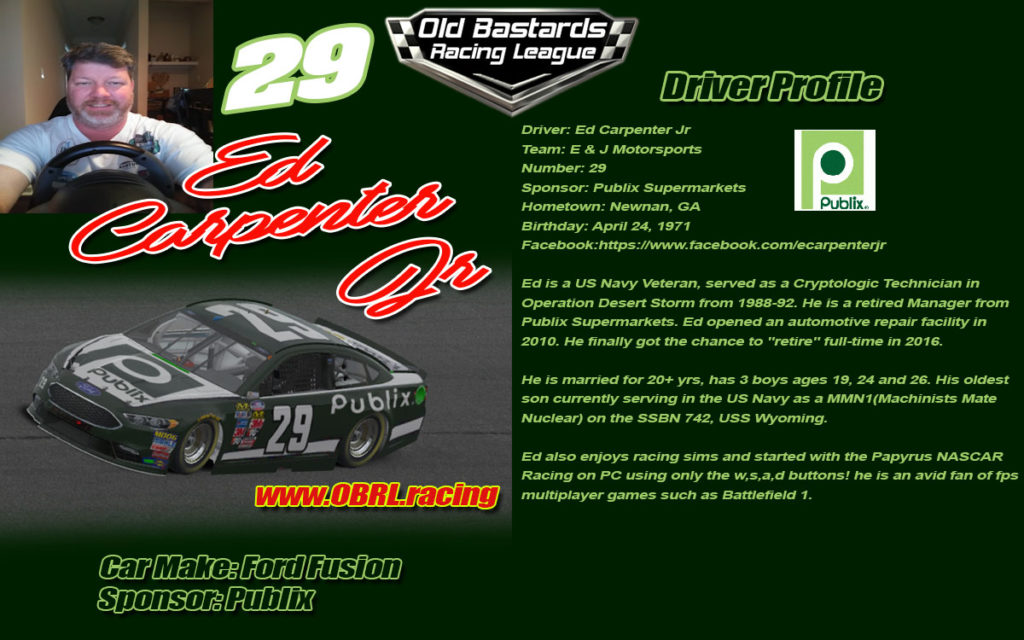 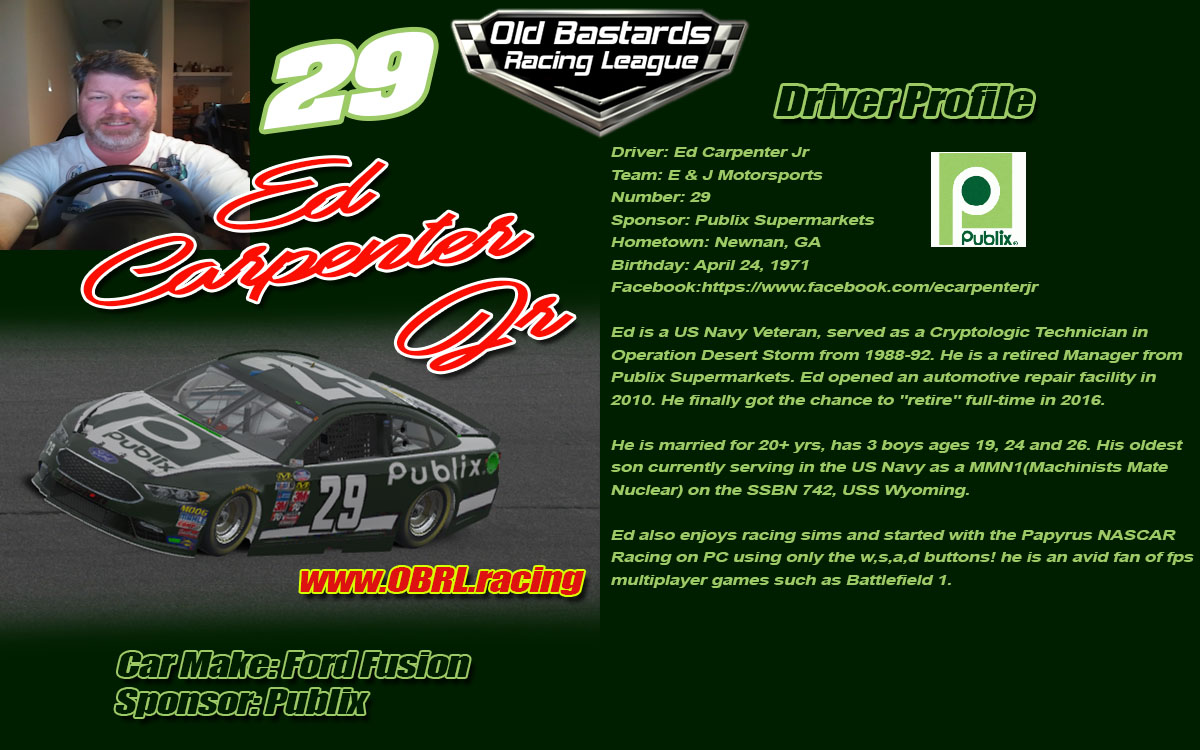 Ed is a US Navy Veteran, served as a Cryptologic Technician in Operation Desert Storm from 1988-92. He is a retired Manager from Publix Supermarkets. Ed opened an automotive repair facility in 2010. He finally got the chance to “retire” full-time in 2016.

Ed enjoys racing sims and started with the Papyrus NASCAR Racing on PC using only the w,s,a,d buttons! he is an avid fan of fps multiplayer games such as Battlefield 1.