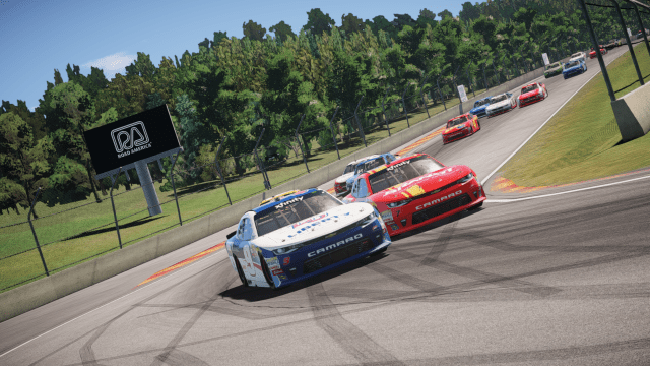 What is iRacing League Racing?

iRacing League Racing allows Sim Racing drivers the ability to create, start and manage individual racing leagues. They can be made up of fellow competitors, friends or family members. Launch entire iRacing racing leagues or participating in existing ones by using the iRacing outstanding online racing simulator platform.

Here’s what is so special about IRacing League Racing:
•   Race against who you want – password-protected sessions allow members to control who has access
•   Allows Racing what you want – choose any type of car or combination
•   Can Race when you want – tracks are open 24/7 and able to set the schedule
•   Allows Racing where you want – choose any track and build your series
•   Practice when you want – Build in practice session and time before events
•   Custom Scoring – Create and control a custom scoring system for the league
•   Team Racing – Team Racing functionality for leagues including; Driver Swaps, Crew Chief, Spotter positions etc.

Another reason why IRacing League Racing is better than the iRacing Official Racing. It is because they race under their sanctioning body with a safety rating for each driver, which impacts your license progression. Drivers are expected to race clean. Rookies, new drivers and ones that haven’t developed good race-craft, many times cause big problems towards reaching higher licenses. It is easier to time trial to get to your D license quicker. Competing in IRacing League Racing doesn’t affect your safety rating or license.

Want a more professional racing experience rather than random, no commitment online racing? A place where nobody cares about the other drivers and winning at all cost attitudes. IRacing League Racing offers cleaner racing with very little cautions.

The IRacing League Racing called The Old Bastards Racing League was founded in July 2013, providing the most realistic virtual racing experience possible. This IRacing League prides itself on close, clean racing with an emphasis on quality “race-craft” and the camaraderie of friends.

Our league members value clean, close racing with other sim-racers who respect true race-craft. Advancements in technology have given us the ability to not only provide an incredible on track experience, but an exciting off track experience as well. This iRacing League features a driving school with many practice sessions to help all drivers improve their race-craft and driving skills.

If you are looking for IRacing League Racing that features:
•  Close door to door racing
•  Lots of give and take driving
•  Drivers that always show respect to fellow competitors
•  Drivers that display great race-craft

Then the Old Bastards Racing League is the place you are looking for.

Visit the OBRL website at https://oldbastardsracing.com. It has a user friendly design that allows drivers to monitor their series standings, view race photos of event winners, and obtain detailed information for each scheduled race and much more.