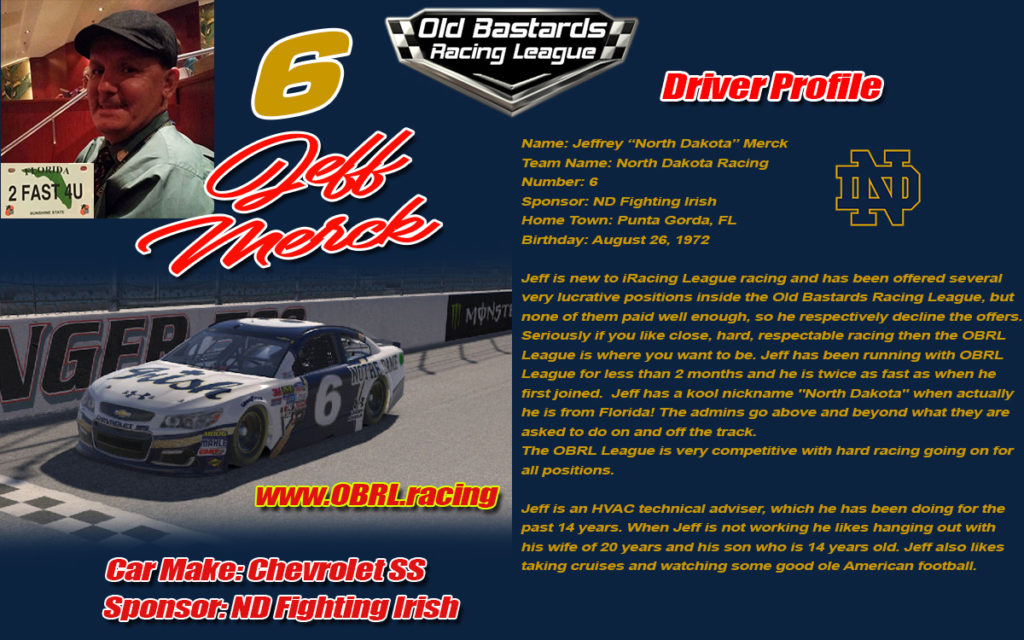 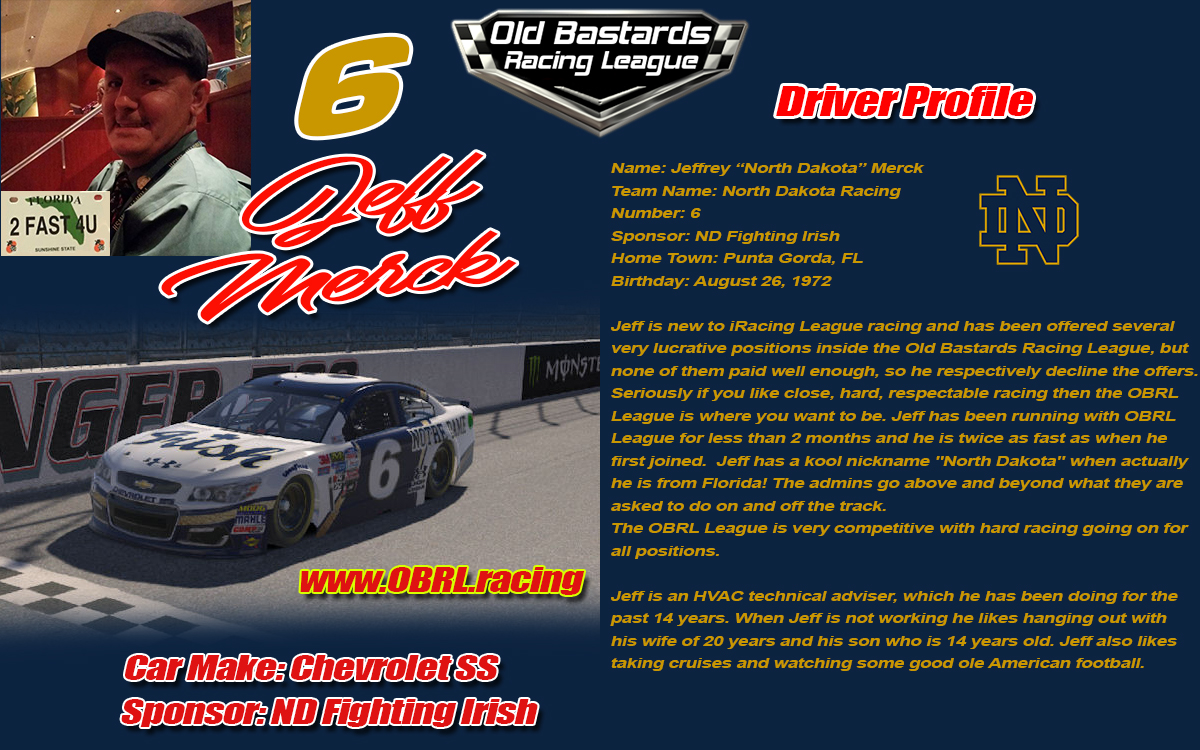 Jeff is new to iRacing League racing and has been offered several very lucrative positions inside the Old Bastards Racing League, but none of them paid well enough, so he respectively decline the offers.  Seriously if you like close, hard, respectable racing then the OBRL League is where you want to be. Jeff has been running with OBRL League for less than 2 months and he is twice as fast as when he first joined.  Jeff has a cool nickname “North Dakota” when actually he is from Florida!  The admins go above and beyond what they are asked to do on and off the track. The OBRL League is very competitive with hard racing going on for all positions.

Jeff is an HVAC technical adviser, which he has been doing for the past 14 years. When Jeff is not working he likes hanging out with his wife of 20 years and his son who is 14 years old. Jeff also likes taking cruises and watching some good ole American football.