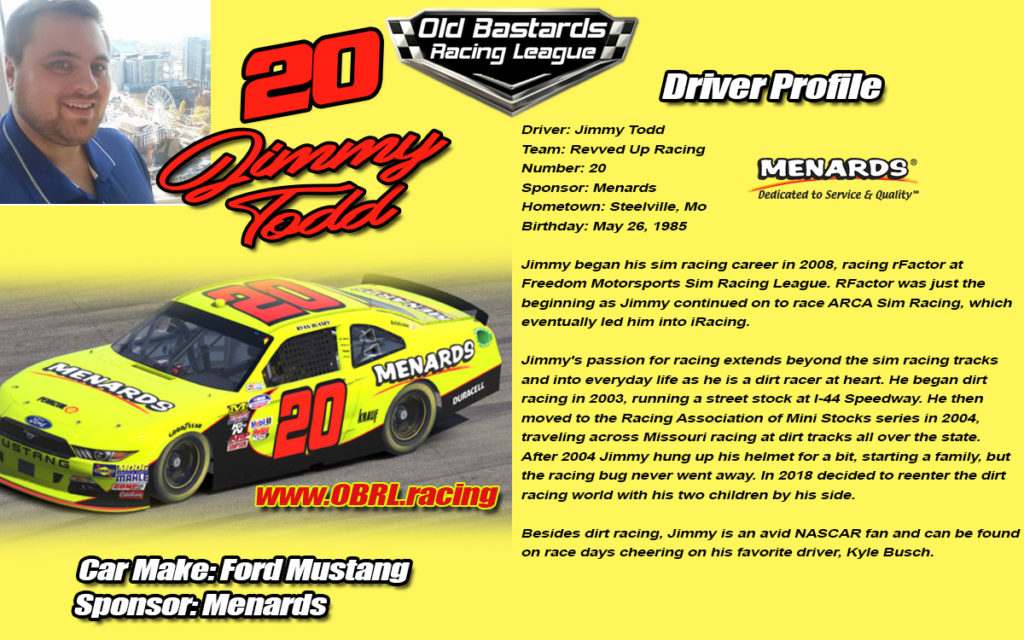 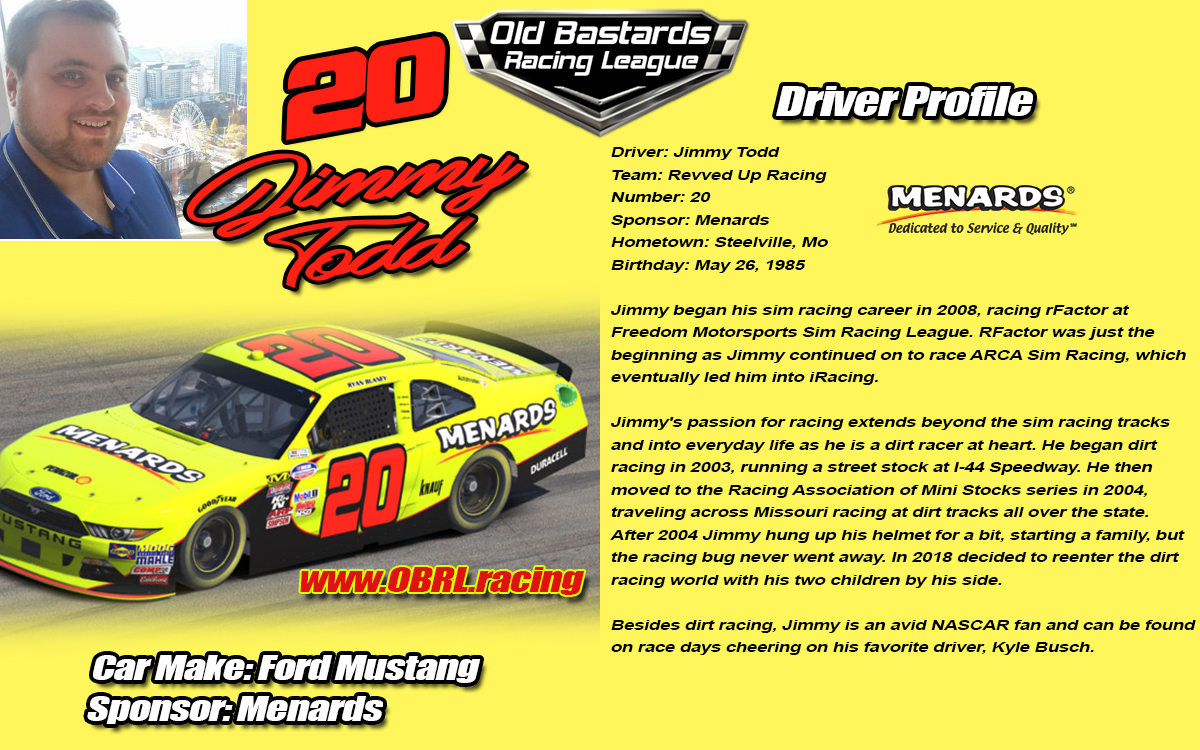 Jimmy began his sim racing career in 2008, racing rFactor at Freedom Motorsports Sim Racing League. RFactor was just the beginning as Jimmy continued on to race ARCA Sim Racing, which eventually led him into iRacing.

Jimmy’s passion for racing extends beyond the sim racing tracks and into everyday life as he is a dirt racer at heart. He began dirt racing in 2003, running a street stock at I-44 Speedway. He then moved to the Racing Association of Mini Stocks series in 2004, traveling across Missouri racing at dirt tracks all over the state. After 2004 Jimmy hung up his helmet for a bit, starting a family, but the racing bug never went away. In 2018 decided to reenter the dirt racing world with his two children by his side.

Besides dirt racing, Jimmy is an avid NASCAR fan and can be found on race days cheering on his favorite driver, Kyle Busch.