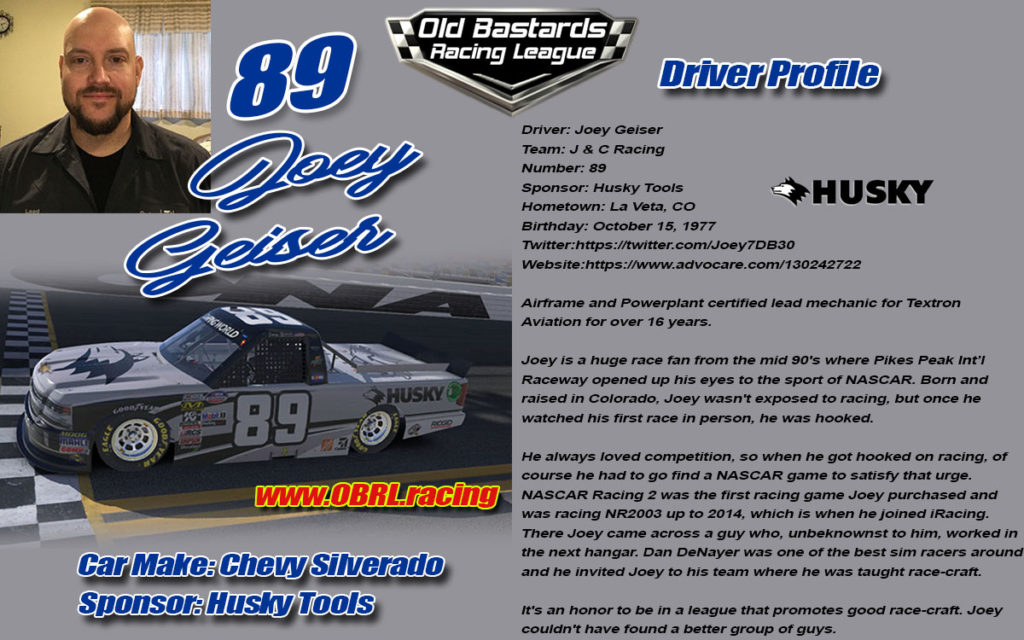 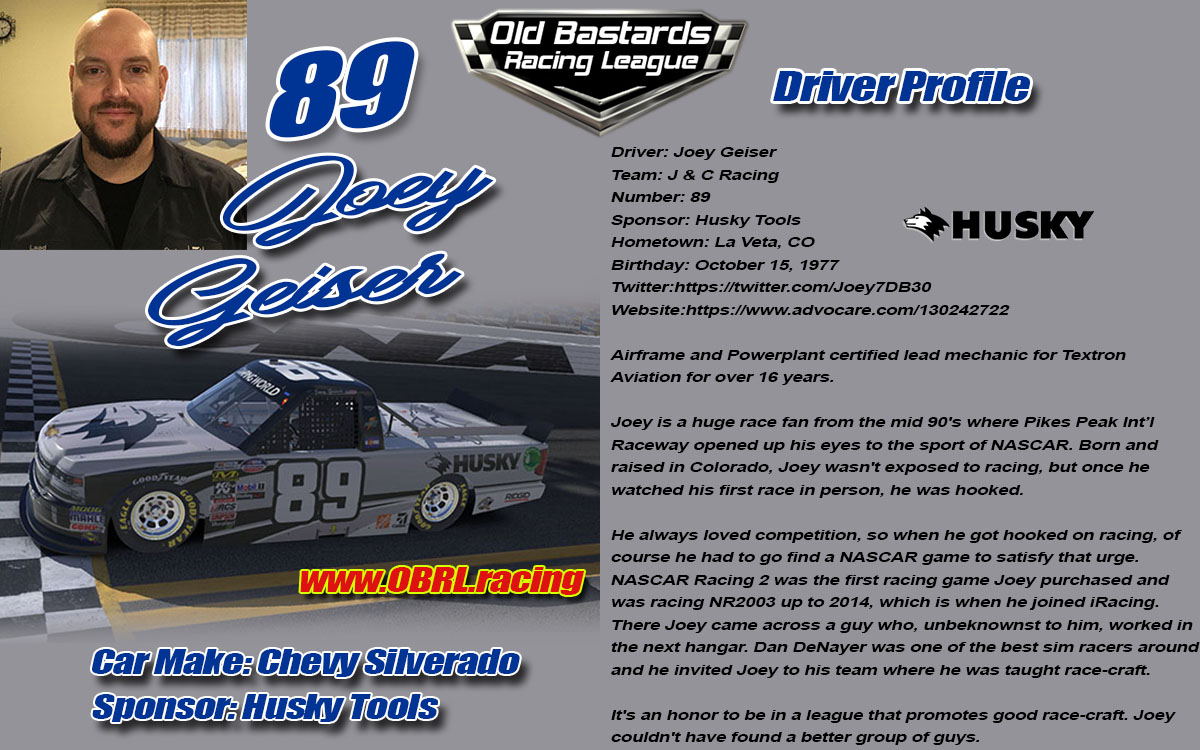 Airframe and Powerplant certified lead mechanic for Textron Aviation for over 16 years.

Joey is a huge race fan from the mid 90’s where Pikes Peak International Raceway opened up his eyes to the sport of NASCAR. Born and raised in Colorado, Joey wasn’t exposed to racing, but once he watched his first race in person, he was hooked.

He always loved competition, so when he got hooked on racing, of course he had to go find a NASCAR game to satisfy that urge. NASCAR Racing 2 was the first racing game Joey purchased and was racing NR2003 up to 2014, which is when he joined iRacing. There Joey came across a guy who, unbeknownst to him, worked in the next hangar. Dan DeNayer was one of the best sim racers around and he invited Joey to his team where he was taught the fundamentals of racing and how to truly be a good sim racer.

It’s an honor to be in a league that promotes good, hard racing while being clean in the process. Joey couldn’t have found a better group of guys. They make him feel welcomed and are willing to help the same guys they compete against every week.

Joey is currently a crew lead for Textron Aviation working on large business jets and have been employed there for 16 years.

Sim racing has opened up new friendships for him and being able to race with people you know (whether or not you have actually met them in person) is such an enjoyable experience.

He first raced in a league in the NR2003 sim and with the friendly competition, it was so enjoyable, whether you were good enough to win or not! When it comes to iRacing, Joey is not much of a setup guy, but it is still enjoyable to be able to race on a platform that makes anyone who loves competition salivate!

Joey looks forward to develop new friendships and camaraderie with fellow iRacing drivers and enthusiasts. Joey says “He has nothing but respect for those that can compete with the best, because he sure as heck can’t!”