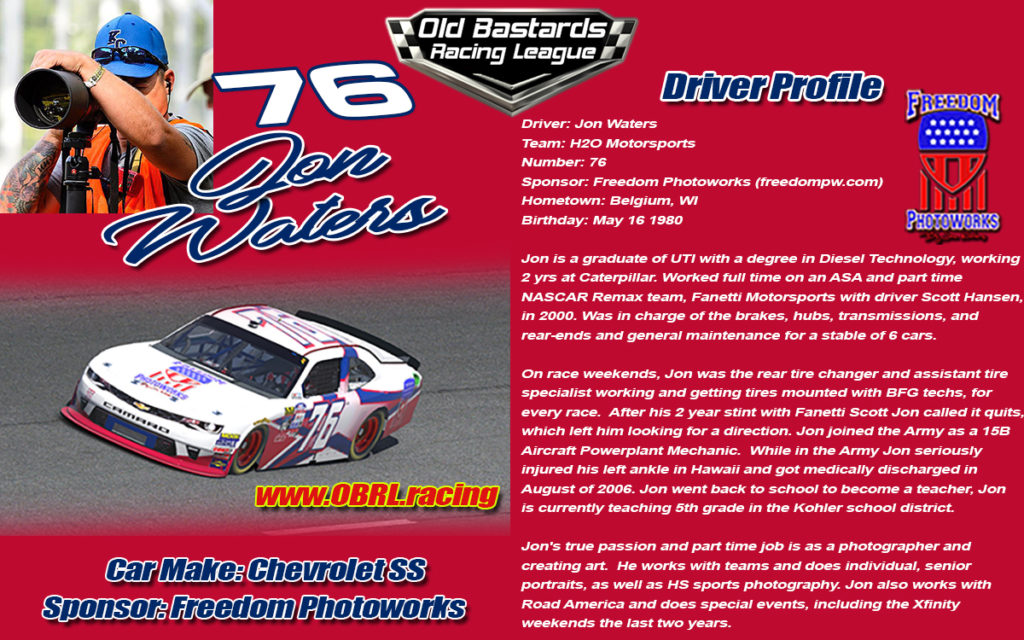 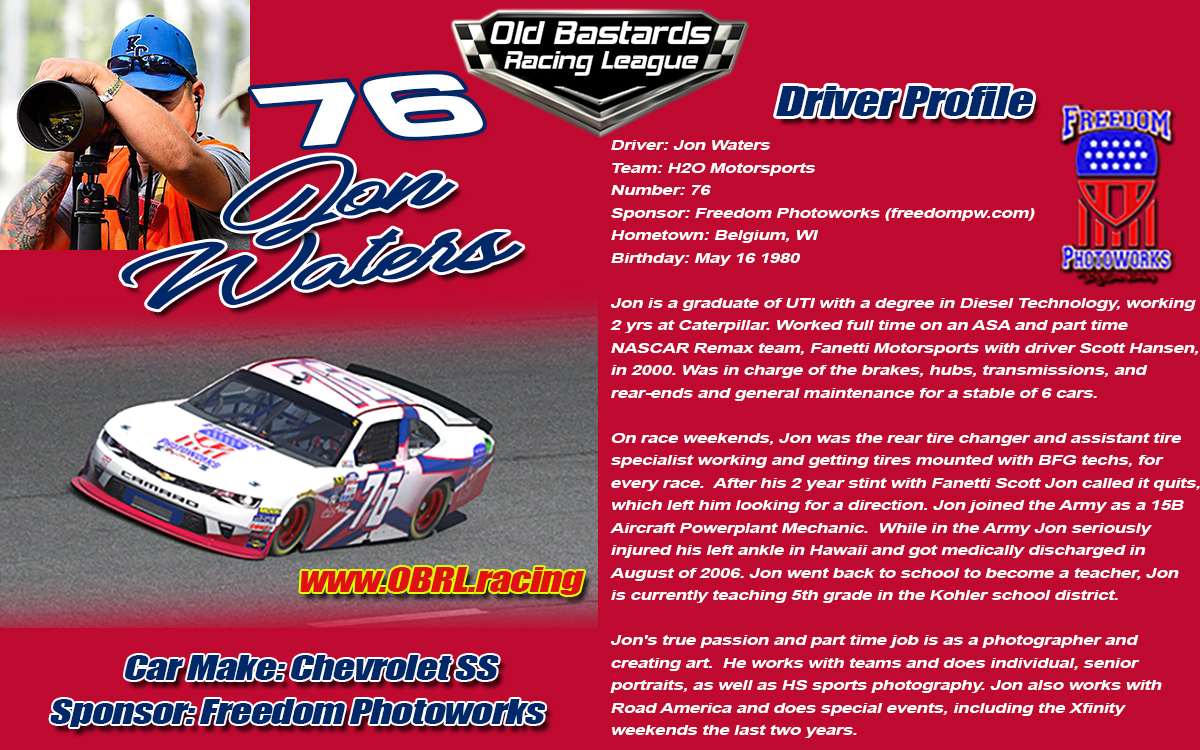 Jon is a graduate of UTI with a degree in Diesel Technology, working 2 yrs at Caterpillar. Worked full time on an ASA and part time NASCAR Remax team, Fanetti Motorsports with driver Scott Hansen, in 2000. Was in charge of the brakes, hubs, transmissions, and rear-ends and general maintenance for a stable of 6 cars.

On race weekends, Jon was the rear tire changer and assistant tire specialist working and getting tires mounted with BFG techs, for every race. After his 2 year stint with Fanetti Scott Jon called it quits, which left him looking for a direction. Jon joined the Army as a 15B Aircraft Powerplant Mechanic. While in the Army Jon seriously injured his left ankle in Hawaii and got medically discharged in August of 2006. Jon went back to school to become a teacher, Jon is currently teaching 5th grade in the Kohler school district.

Jon’s true passion and part time job is as a photographer at Freedom Photoworks and creating art. He works with teams and does individual, senior portraits, as well as HS sports photography. Jon also works with Road America and does special events, including the Xfinity weekends the last two years.