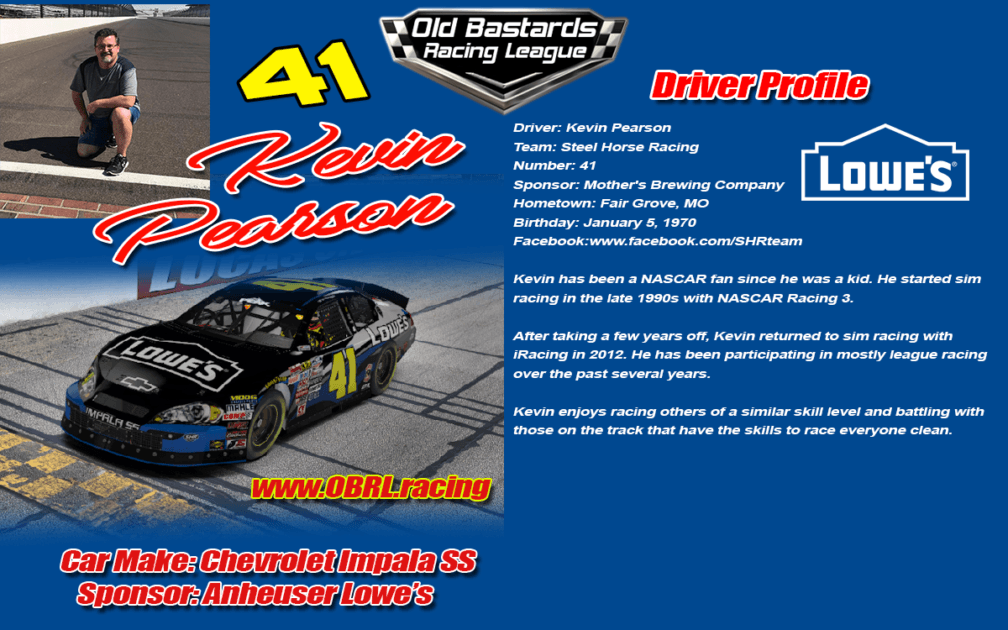 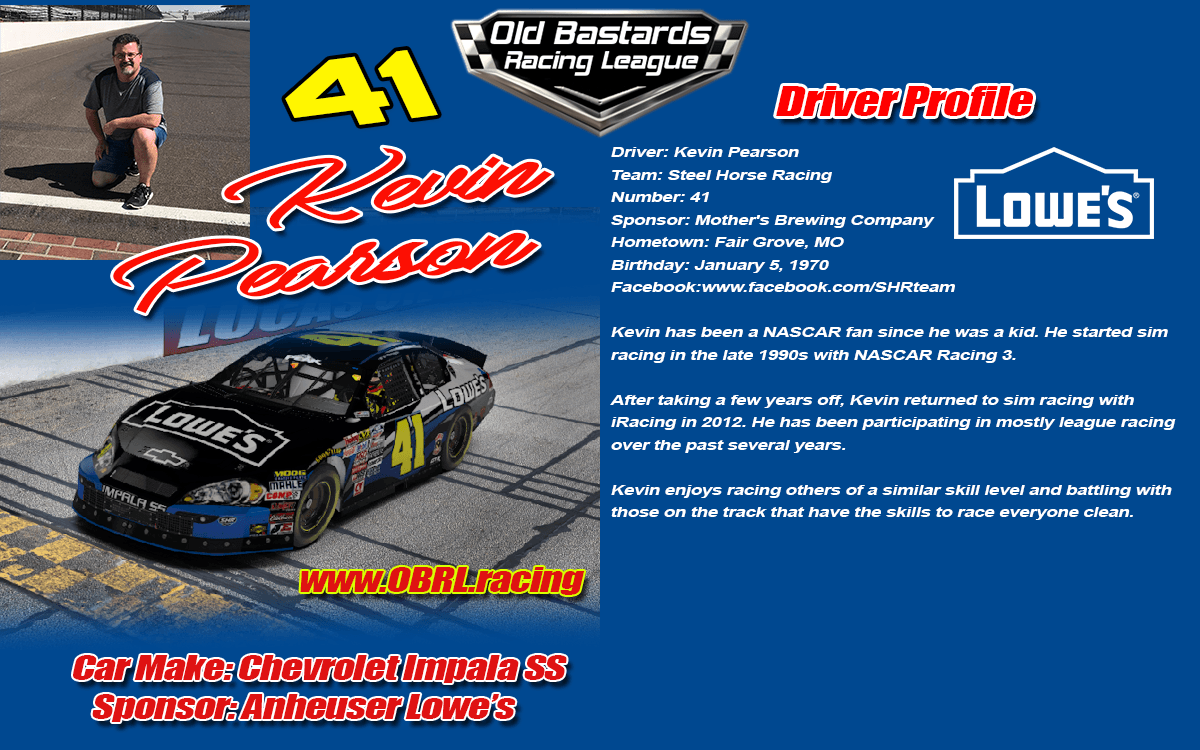 Kevin has been a NASCAR fan since he was a kid. He started sim racing in the late 1990s with NASCAR Racing 3.

After taking a few years off, Kevin A Professional ARCA Stock Car Driver,  returned to sim racing with iRacing in 2012. He has been participating in mostly league racing over the past several years.

Kevin enjoys racing others of a similar skill level and battling with those on the track that have the skills to race everyone clean.