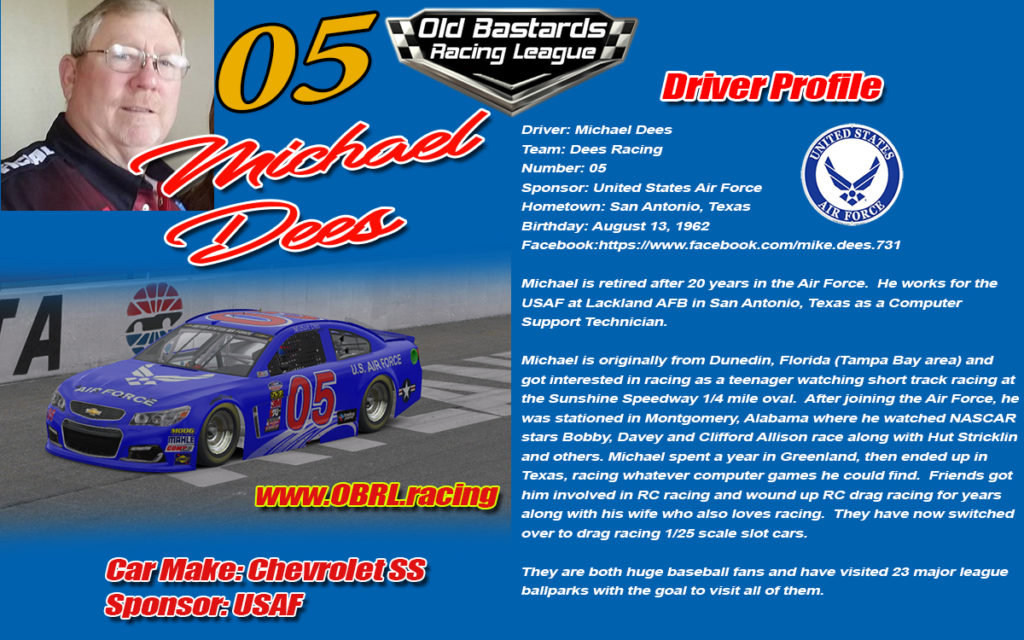 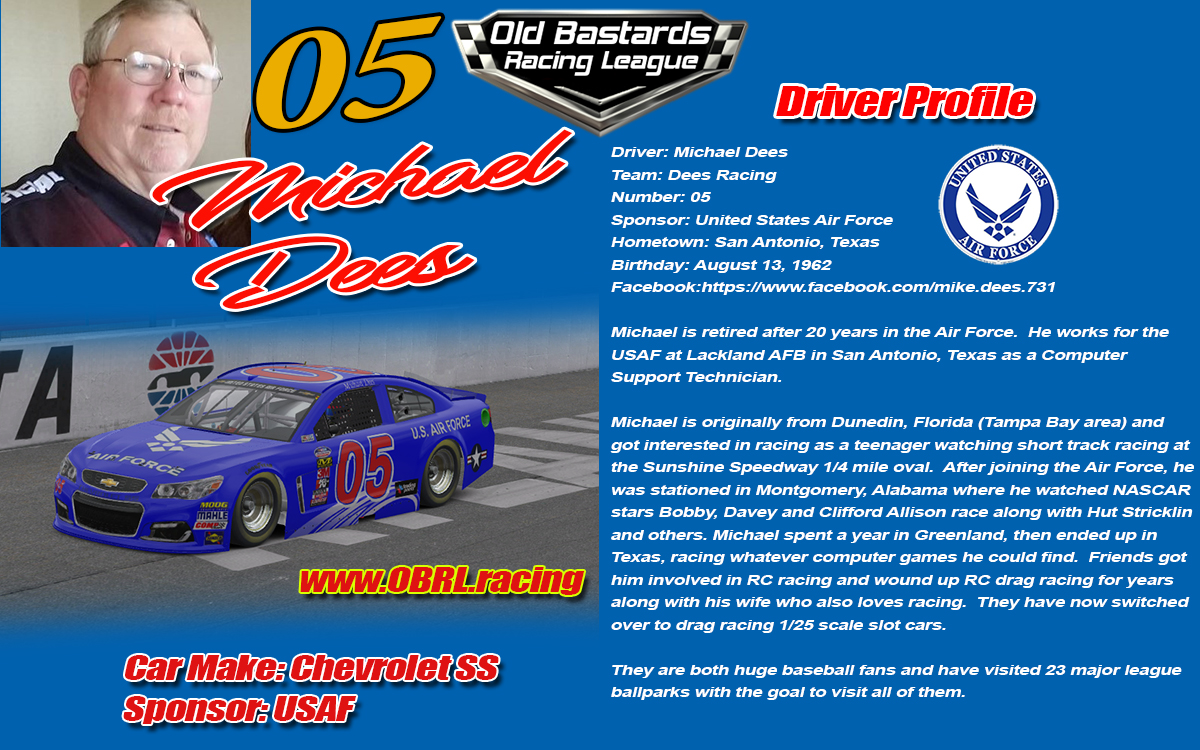 Michael is retired after 20 years in the Air Force. He works for the USAF at Lackland AFB in San Antonio, Texas as a Computer Support Technician.

Michael is originally from Dunedin, Florida (Tampa Bay area) and got interested in racing as a teenager watching short track racing at the Sunshine Speedway 1/4 mile oval. After joining the Air Force, he was stationed in Montgomery, Alabama where he watched NASCAR stars Bobby, Davey and Clifford Allison race along with Hut Stricklin and others. Michael spent a year in Greenland, then ended up in Texas, racing whatever computer games he could find. Friends got him involved in RC racing and wound up RC drag racing for years along with his wife who also loves racing. They have now switched over to drag racing 1/25 scale slot cars.

They are both huge baseball fans and have visited 23 major league ballparks with the goal to visit all of them.