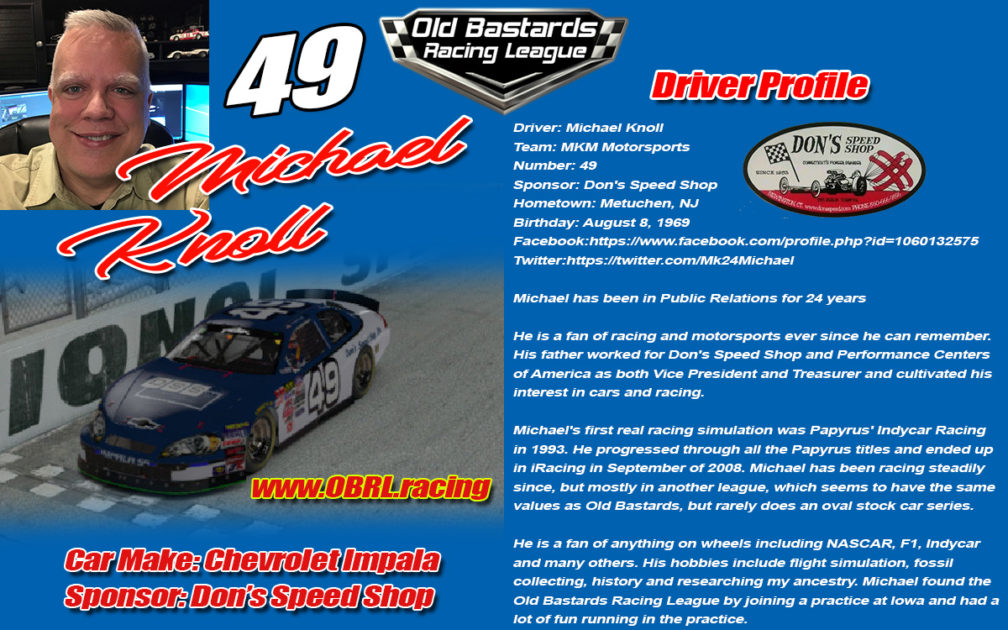 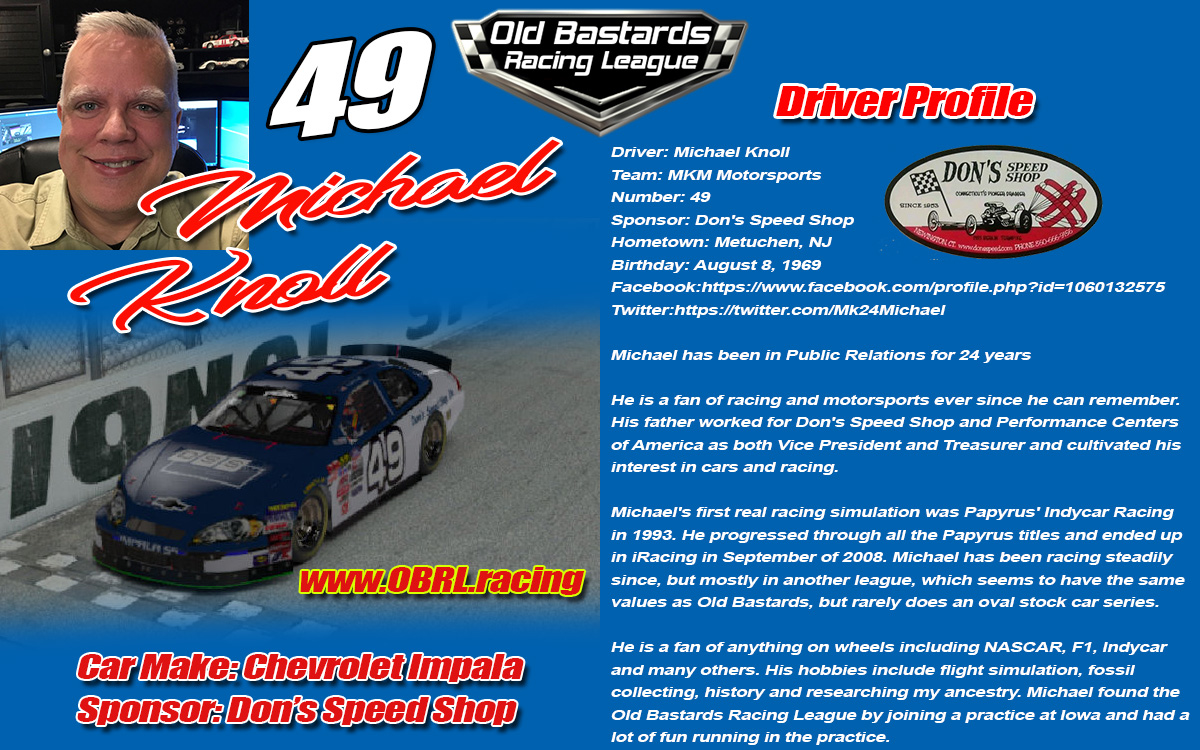 Michael has been in Public Relations for 24 years

He is a fan of racing and motorsports ever since he can remember. His father worked for Don’s Speed Shop and Performance Centers of America as both Vice President and Treasurer and cultivated his interest in cars and racing.

Michael’s first real racing simulation was Papyrus’ Indycar Racing in 1993. He progressed through all the Papyrus titles and ended up in iRacing in September of 2008. Michael has been racing steadily since, but mostly in another league, which seems to have the same values as Old Bastards, but rarely does an oval stock car series.

He is a fan of anything on wheels including NASCAR, F1, Indycar and many others. His hobbies include flight simulation, fossil collecting, history and researching my ancestry. Michael found the Old Bastards Racing League by joining a practice at Iowa and had a lot of fun running in the practice.