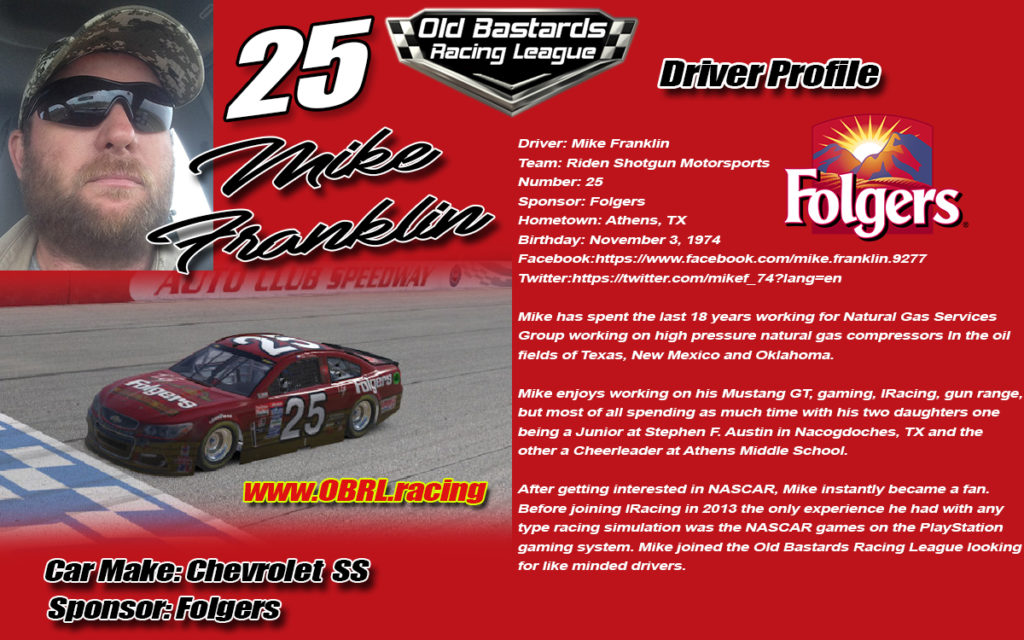 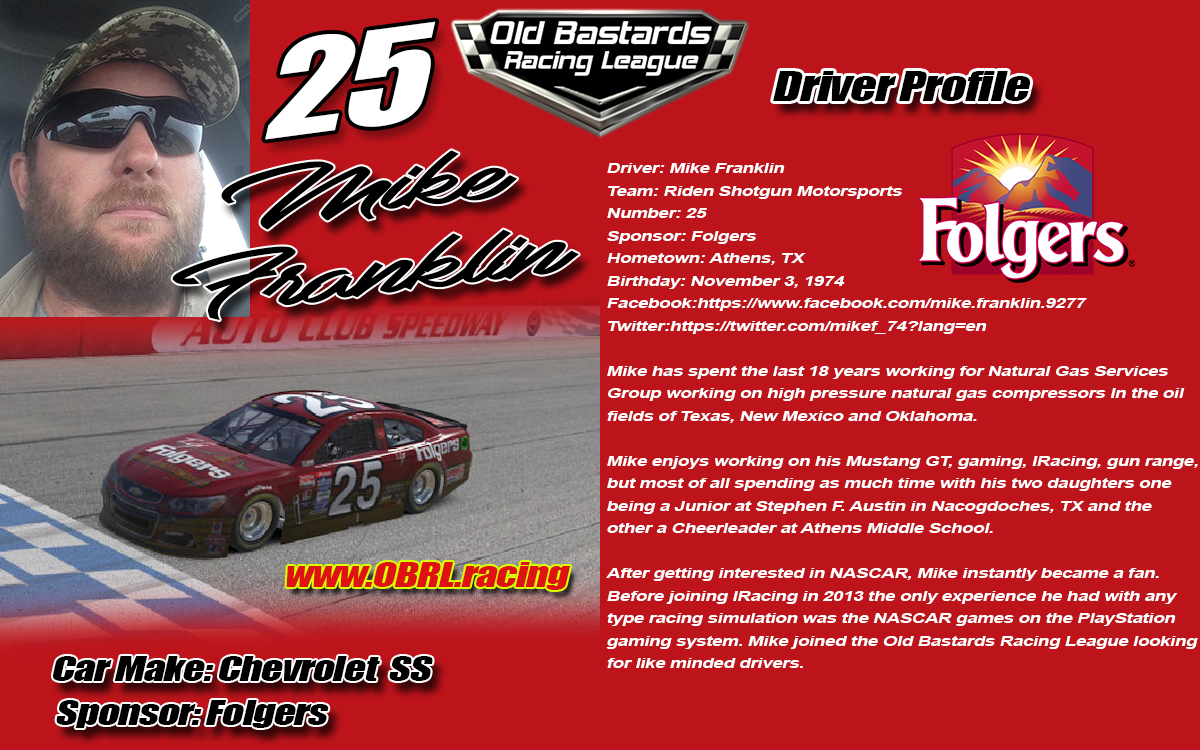 Mike enjoys working on his Mustang GT, gaming, IRacing, gun range, but most of all spending as much time with his two daughters one being a Junior at Stephen F. Austin in Nacogdoches, TX and the other a Cheerleader at Athens Middle School.

After getting interested in NASCAR, Mike instantly became a fan. Before joining IRacing in 2013 the only experience he had with any type racing simulation was the NASCAR games on the PlayStation gaming system. Mike joined the Old Bastards Racing League looking for like minded drivers.