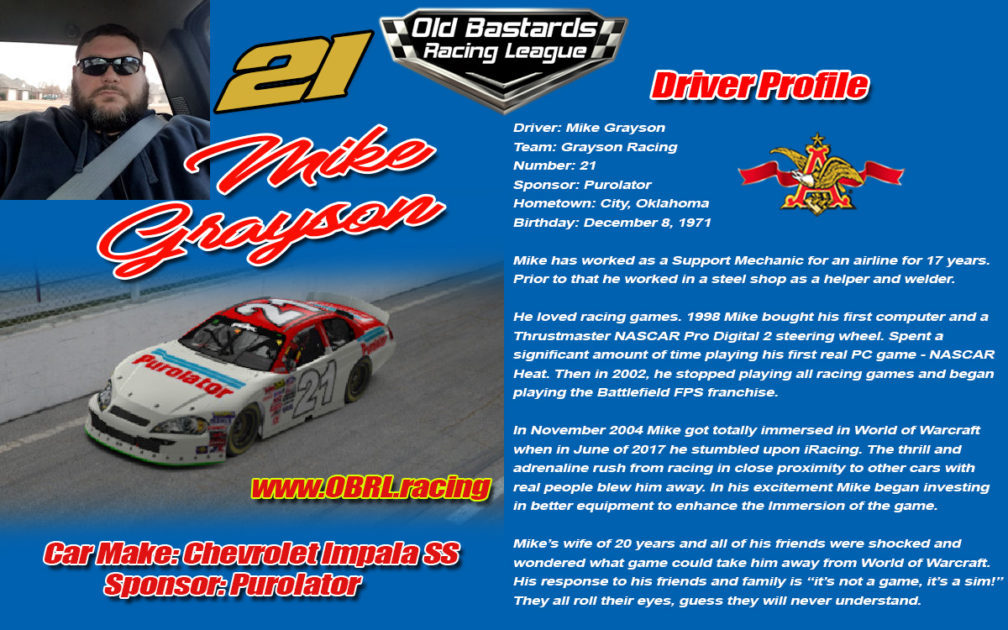 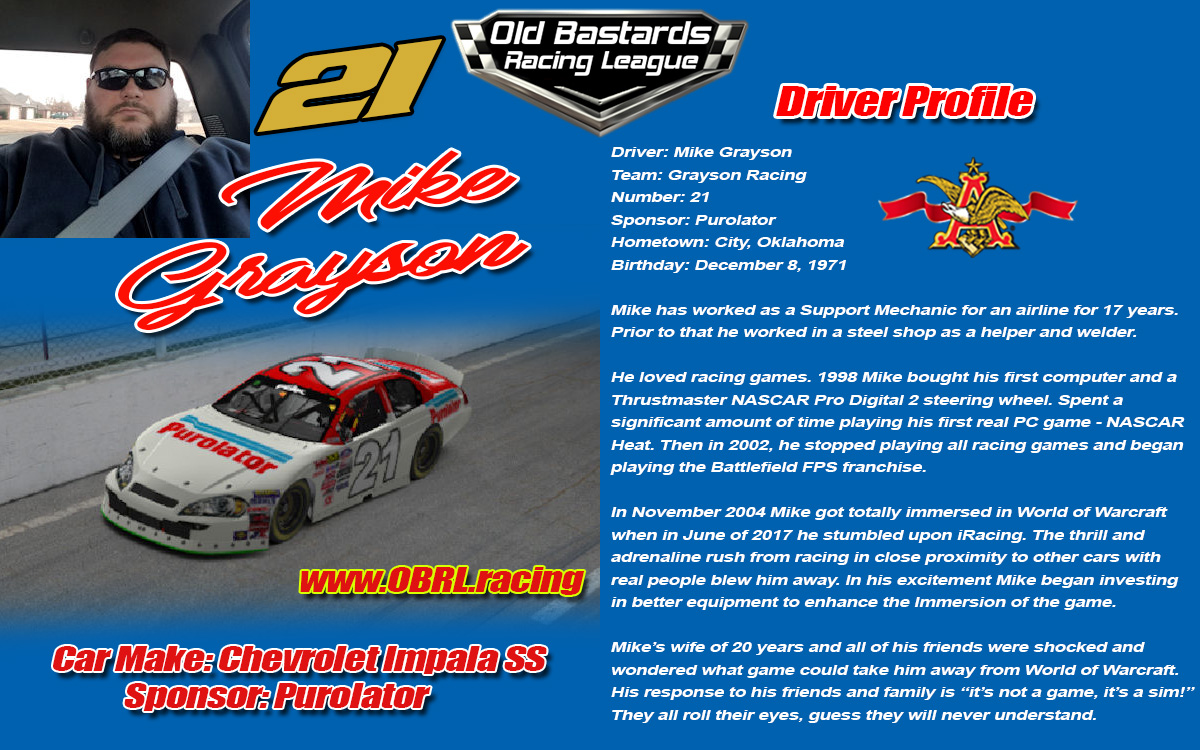 Mike has worked as a Support Mechanic for an airline for 17 years. Prior to that he worked in a steel shop as a helper and welder.

He has always loved racing games, from the Atari 2600 to the Sony Playstation. Mike had several of the NASCAR EASport games which he really enjoyed. Early in 1998 he bought his first computer and a Thrustmaster NASCAR Pro Digital 2 steering wheel. He spent a significant amount of time playing his first real PC game – NASCAR Heat. The in 2002, he stopped playing any racing games and began playing the Battlefield FPS franchise.

November 2004, when World of Warcraft came out, Mike became totally immersed in it until June of 2017. Then in June, he stumbled upon iRacing. Out came his old Thrustmaster steering wheel and starting racing the Rookie Street Stocks. Mike didn’t have a clue to what he was doing, but the thrill and adrenaline rush from racing in close proximity to other cars operated by real people blew him away. In his excitement Mike began investing in better equipment to enhance the Immersion of the game.

Mike’s wife of 20 years and all of his friends were shocked and wondered what game could take him away from World of Warcraft. His response to his friends and family is “it’s not a game, it’s a sim!” They all roll their eyes, guess they will never understand.