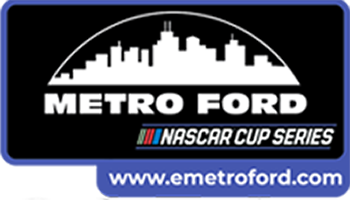 Starting with the roll out of the new 2021 seasons we will be implementing a new IPL (incidents per lap) system in each series. This IPL system will be scored individually in each series. The IPL system is designed to promote good race-craft, allowing drivers the ability to reduce incident point average, by continuing to run CLEAN laps.

Drivers will need to review their IPL average in simracerhub as they check the individual series standings. This new system will free up the Replay Admins and the workload of writing and posting of numerous penalties.

The simracerhub program, used for our scoring system is a very in depth program that records almost everything you do, while participating in one of the OBRL series. The goal of all drivers in each series must maintain an IPL average at or below the number specified in chart below.

How IPL System Work In Each Series:

How IPL System Work In Each Series:

Completion of 4 races in a series – IPL (incidents per lap) will be reviewed and penalty accessed if above IPL limit for each series.
Drivers who exceed Series IPL Limit After the 4th and 8th Races ect. Will be required to start their race 5 or 9 ect. from the Pits

IPL (incidents per lap)
IPL Is Based on Total Incidents Divided By Total Laps Completed Raced. It is not possible to determine how many laps it takes to lower your IPL by 0.001. It changes by the number of laps you complete.

All drivers who exceeds the IPL limit in a series, (after establishing an IPL average) will be put on a 4 race probationary period.

After the completion of a every season series, the IPL process resets and starts all over again in each series.

All drivers will need to review their IPL average. It is the drivers responsibility to know and control their IPL.

To View IPL Average:
• Go to the OBRL website
• Select Standings
• Then select Series
• IPL can be rearranged by clicking on Inc/Lap

The Metro Ford Cup Series is the Old Bastards Racing League premier series. The schedule is 36 races in 40 Weeks  with races 60% in length, featuring superb oval racing, nice sized fields with an all around great experience. Featuring fixed setups and dynamic weather. This is another arrive and drive series for very experienced oval drivers. The races typically finish with many cars pushing for position right to the checkered flag. The Series places an emphasis on drivers practicing good race-craft skills. If you love racing in nasty, touchy and powerful machines, then this is your series.

Afer Race 35 – The 4 remaining drivers will compete for the Championship, with the highest finishing driver being crowned the Series Champion