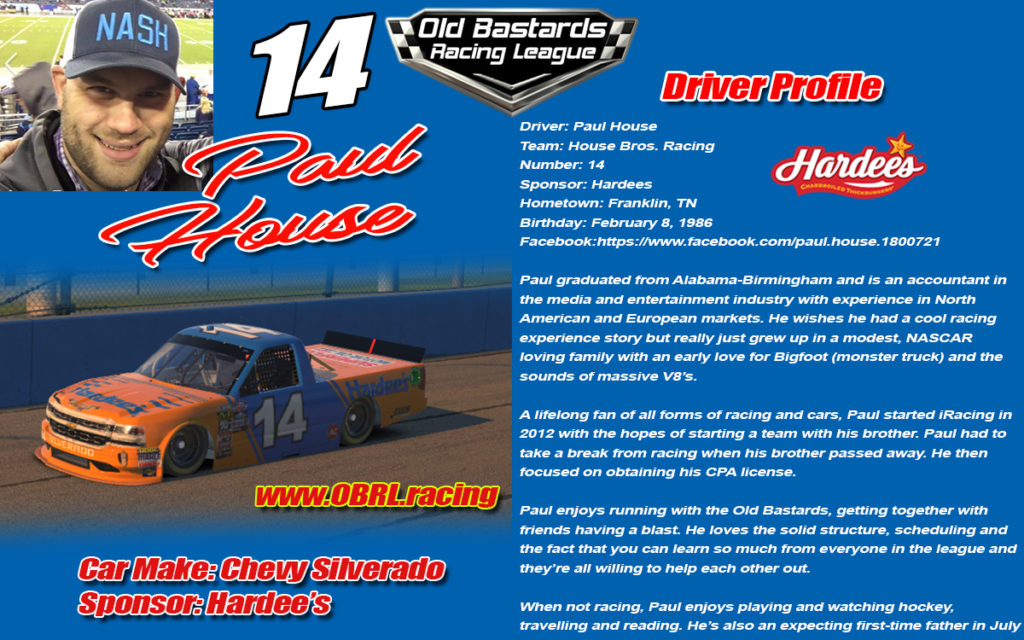 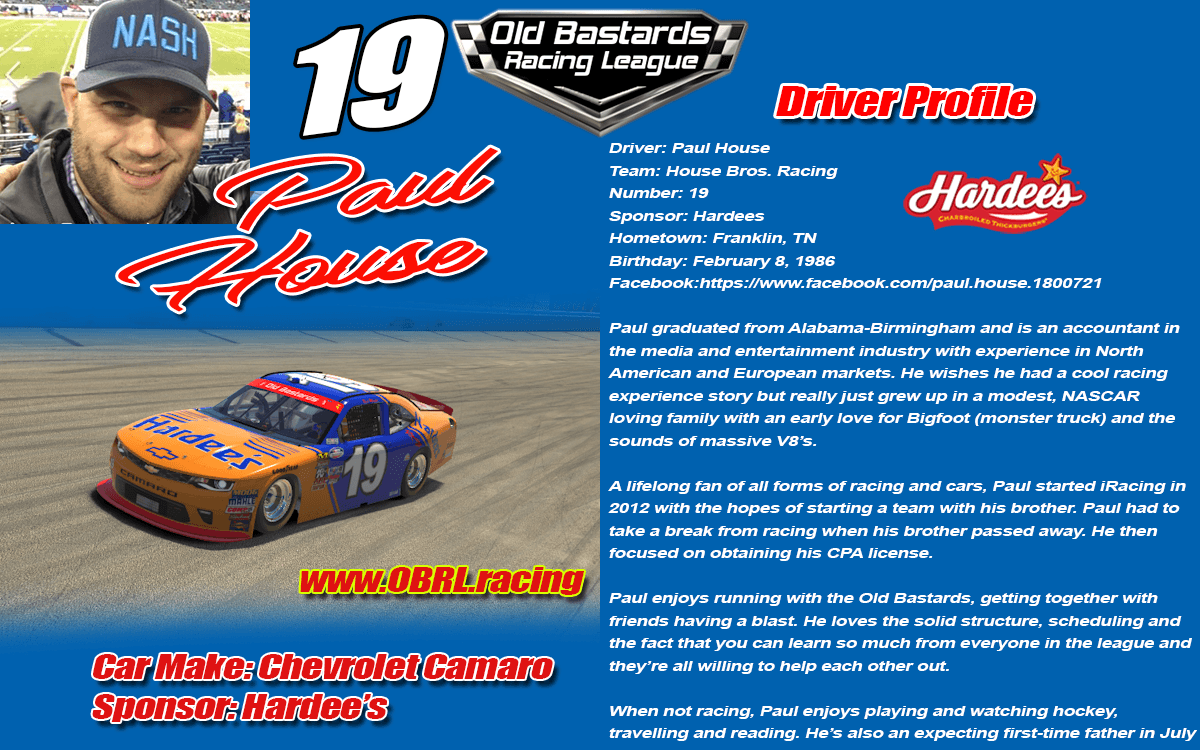 Paul graduated from Alabama-Birmingham and is an accountant in the media and entertainment industry with experience in North American and European markets. He wishes he had a cool racing experience story but really just grew up in a modest, NASCAR loving family with an early love for Bigfoot (monster truck) and the sounds of massive V8’s.

A lifelong fan of all forms of racing and cars, Paul started iRacing in 2012 with the hopes of starting a team with his brother. Unfortunately Paul’s brother passed away before they could accomplish their goal and then Paul had to take a break from racing to focus on obtaining his CPA license.

Paul enjoys running with the Old Bastards because it’s getting together with friends having a blast. He loves the solid structure, scheduling and the fact that you can learn so much from everyone in the league and we’re all willing to help each other out.

When not racing, Paul enjoys playing and watching hockey, travelling and reading. He’s also an expecting first-time father in July 2018!