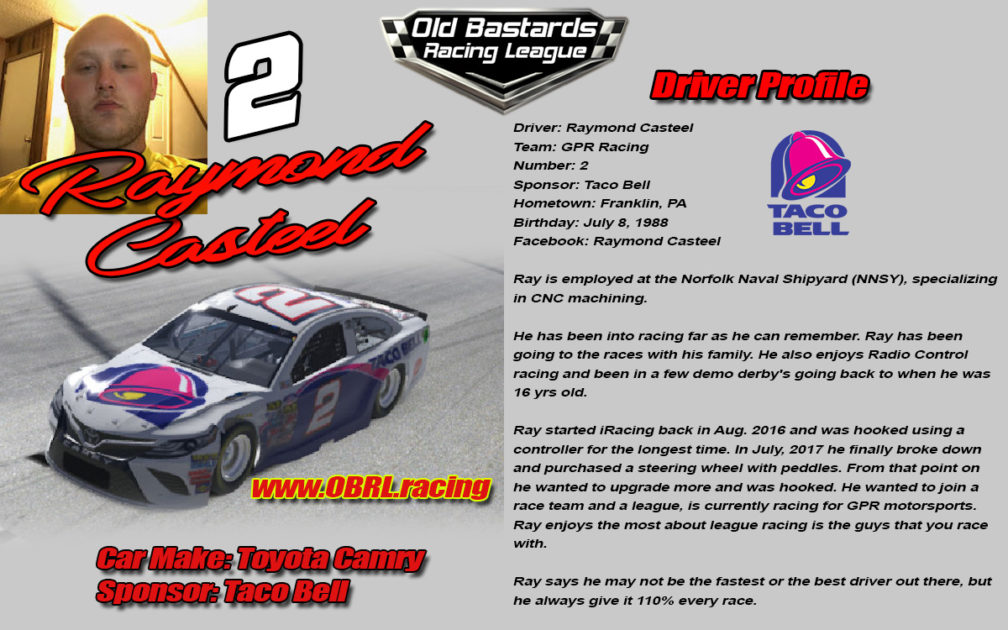 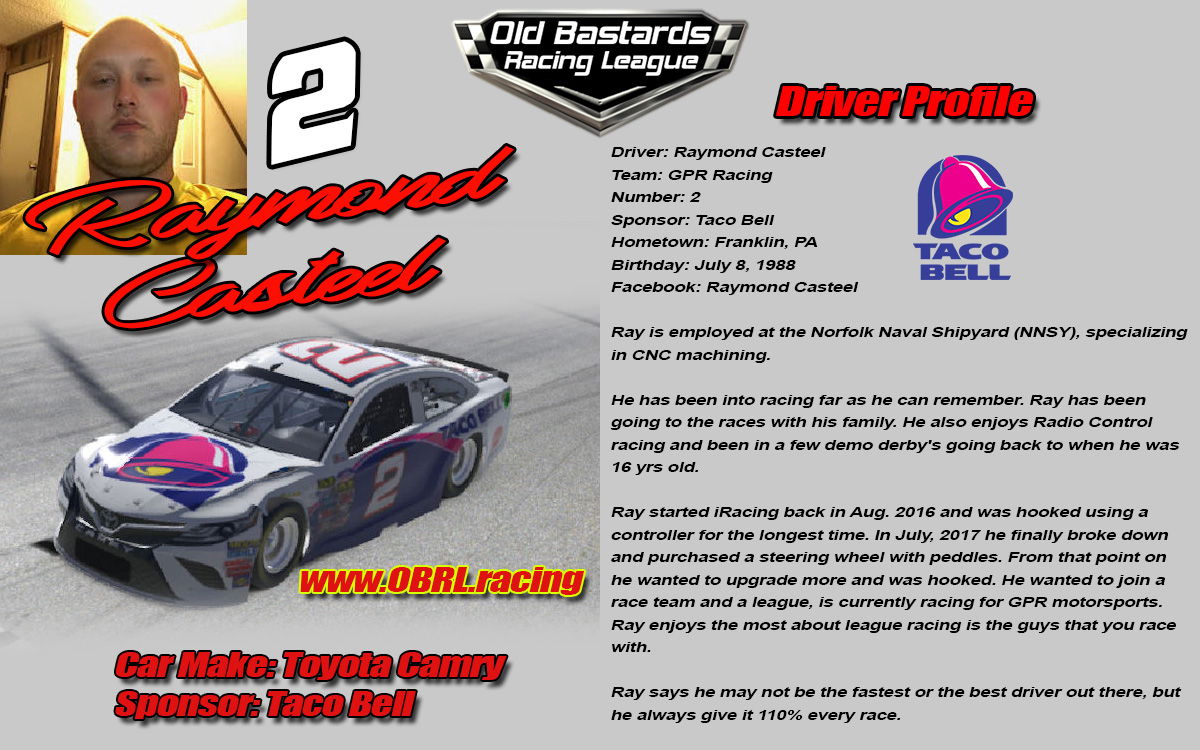 Ray is employed at the Norfolk Naval Shipyard (NNSY), specializing in CNC machining.

He has been into racing far as he can remember. Ray has been going to the races with his family. He also enjoys Radio Control racing and been in a few demo derby’s going back to when he was 16 yrs old.

Ray started iRacing back in Aug. 2016 and was hooked using a controller for the longest time. In July, 2017 he finally broke down and purchased a steering wheel with peddles. From that point on he wanted to upgrade more and was hooked. He wanted to join a race team and a league, is currently racing for GPR motorsports. Ray enjoys the most about league racing is the guys that you race with.

Ray says he may not be the fastest or the best driver out there, but he always give it 110% every race.