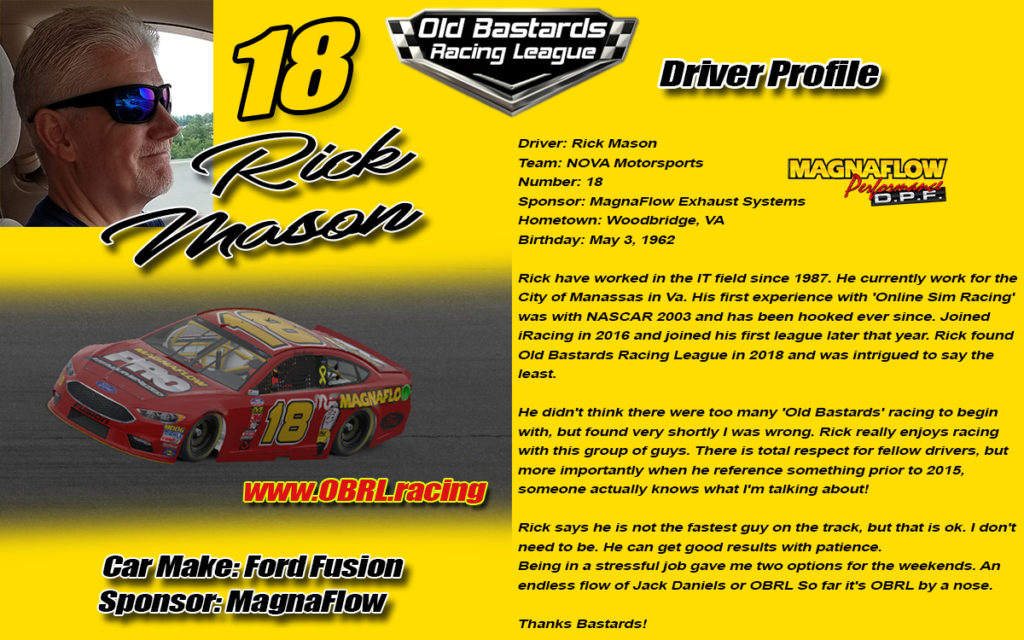 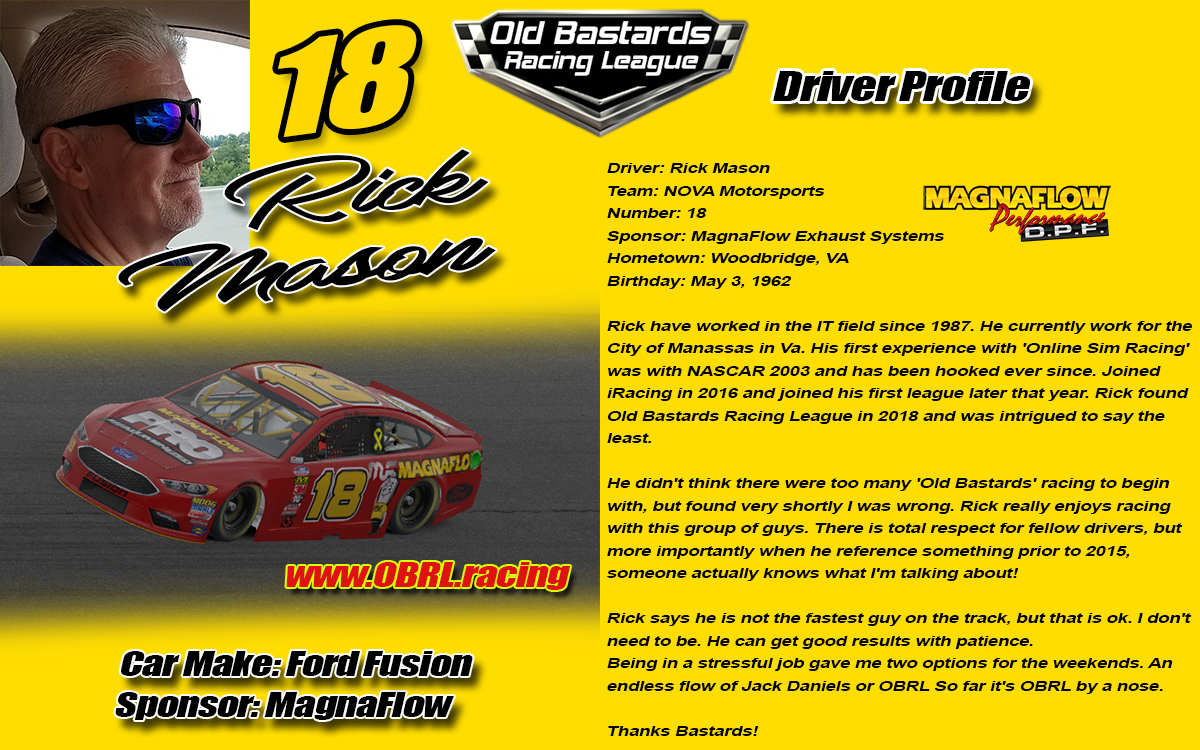 Rick have worked in the IT field since 1987. He currently work for the City of Manassas in Va. His first experience with ‘Online Sim Racing’ was with NASCAR 2003 and has been hooked ever since. Joined iRacing in 2016 and joined his first league later that year. Rick found Old Bastards Racing League in 2018 and was intrigued to say the least.

He didn’t think there were too many ‘Old Bastards‘ racing to begin with, but found very shortly I was wrong. Rick really enjoys racing with this group of guys. There is total respect for fellow drivers, but more importantly when he reference something prior to 2015, someone actually knows what I’m talking about!

Rick says he is not the fastest guy on the track, but that is ok. I don’t need to be. He can get good results with patience.
Being in a stressful job gave me two options for the weekends. An endless flow of Jack Daniels or OBRL So far it’s OBRL by a nose.