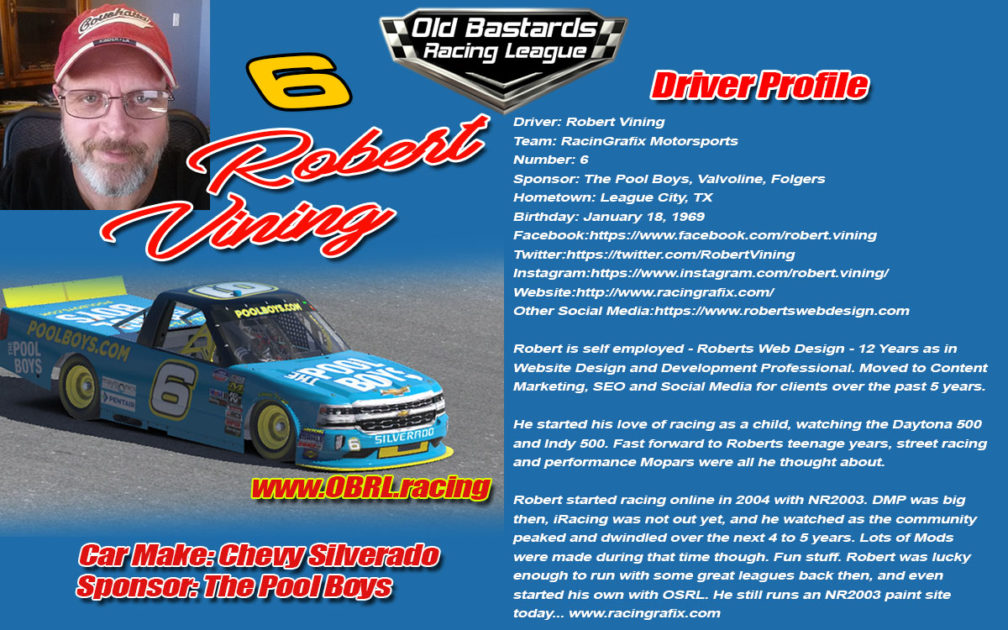 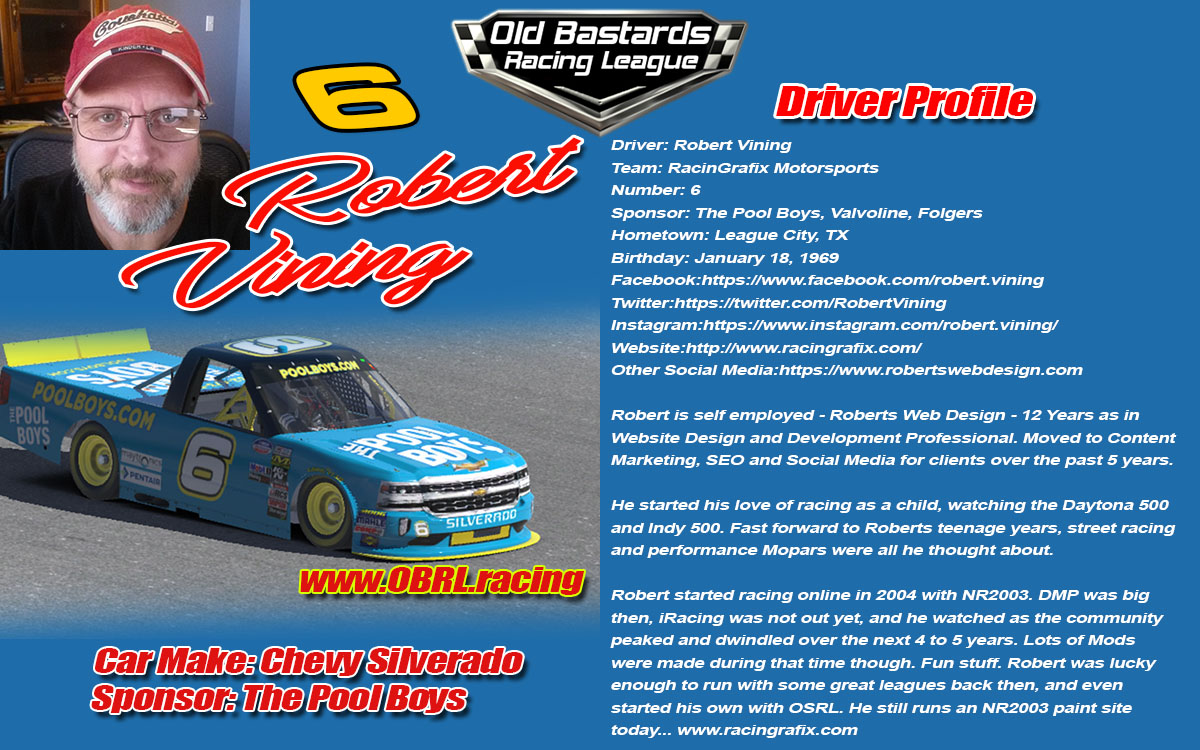 Robert is self employed – Roberts Web Design – 12 Years as a Website Design and Development Professional. Moved to Content Marketing, SEO and Social Media for clients over the past 5 years.

He started his love of racing as a child. Sitting and watching the Daytona 500, and back then… the Indy 500, were big events in his youth. Fast forward to Roberts teenage years, and street racing and performance Mopars were all he thought about.

At 23, Robert started working for a Transmission shop with no real mechanical experience other than what he had done in his garage and a year at a bicycle shop in high school. 90 days later, he had a full time job and never looked back. 8 Years later, Robert opened his first Transmission shop, and his love of racing allowed him to support a few real life racers along the way with Transmissions, Gears, a little sponsorship here and there… as well as crew for a few guys too.

In 2004, he pit crewed for the 2004 TSRS Late Model Champ Brad Hudak, SCCA D Sport Regional Champ Ralph Mayfield, and a local dirt limited modified for a buddy of mine Charlie. He raced 36 weekends that year. Needless to say… Robert was single at the time. Hard work, but a TON of fun.

Robert started racing online in 2004 with NR2003. DMP was big then, iRacing was not out yet, and he watched as the community peaked and dwindled over the next 4 to 5 years. Lots of Mods were made during that time though. Fun stuff. Robert was lucky enough to run with some great leagues back then, and even started his own with OSRL. He still runs an NR2003 paint site today… www.racingrafix.com.

He started iRacing in the first year, but met his current wife, had 2 awesome girls who are now 9 and 10, that helped him decide to put away my wheel for 10 years.

Fast forward to 2018, and Robert jumped on iRacing at the beginning of 2018 S2. Wow, what a difference 10 years makes for a ‘Sim’. There’s so much content today, it’s not even funny. The racing is amazing. You can find a race, any night of the week, and it’s really cool to find a great league like OBRL.

Thanks for all you do here guys! Glad to be a part of it and looking forward to this season!