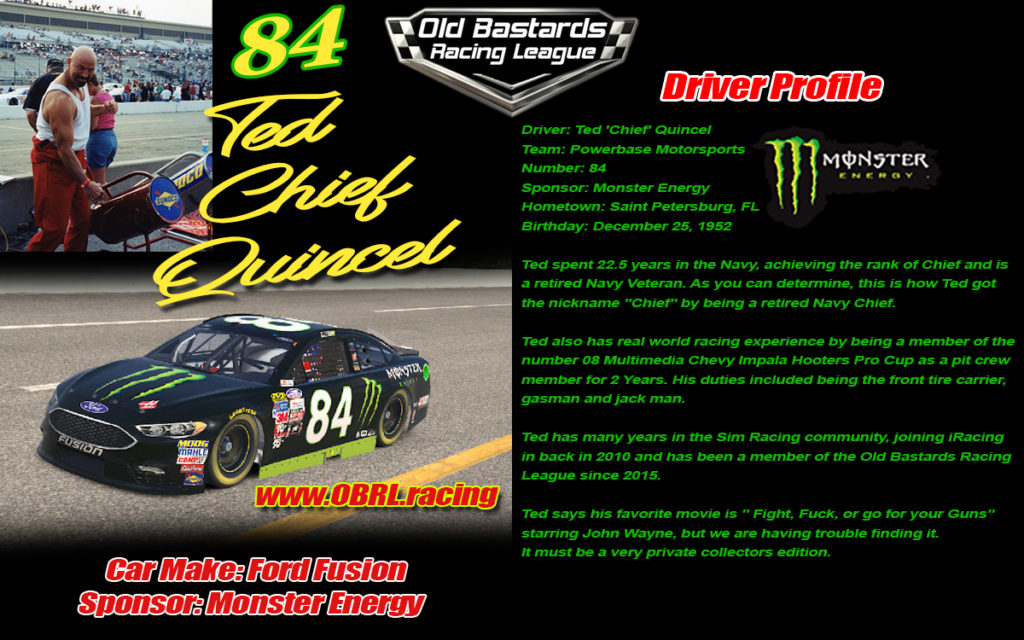 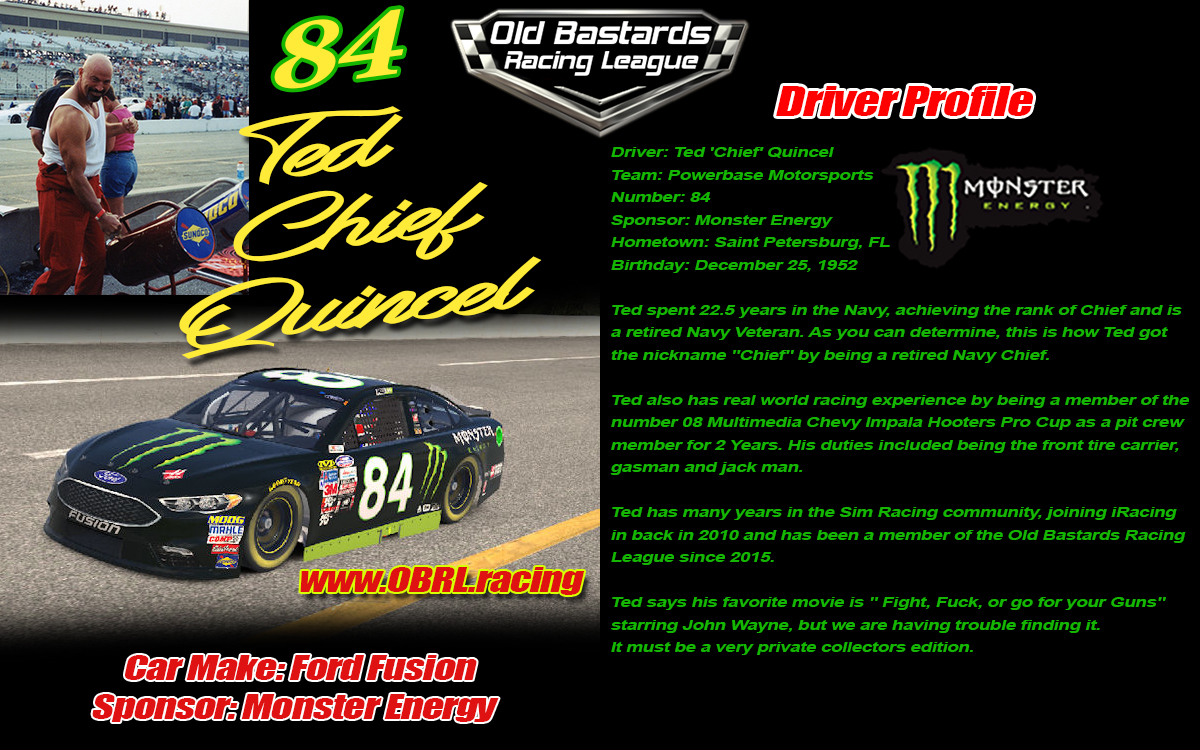 Ted spent 22.5 years in the Navy, achieving the rank of Chief and is a retired Navy Veteran. As you can determine, this is how Ted got the nickname “Chief” by being a retired Navy Chief.

Ted also has real world racing experience by being a member of the number 08 Multimedia Chevy Impala Hooters Pro Cup as a pit crew member for 2 Years. His duties included being the front tire carrier, gasman and jack man.

Ted has many years in the Sim Racing community, joining iRacing in back in 2010 and has been a member of the Old Bastards Racing League since 2015.

Ted says his favorite movie is ” Fight, Fuck, or go for your Guns” starring John Wayne, but we are having trouble finding it. It must be a very private collectors edition.