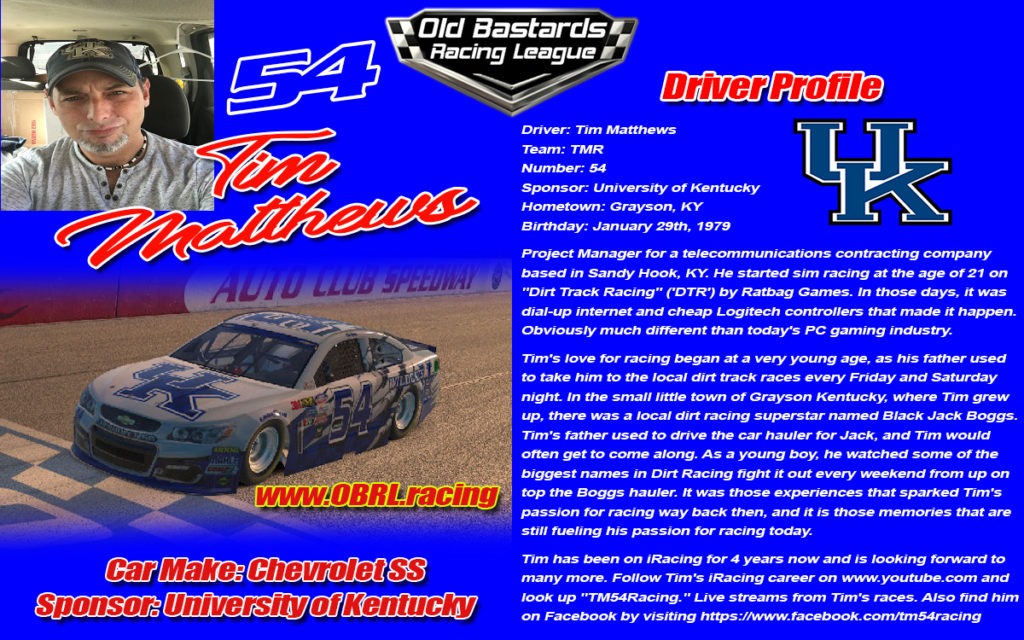 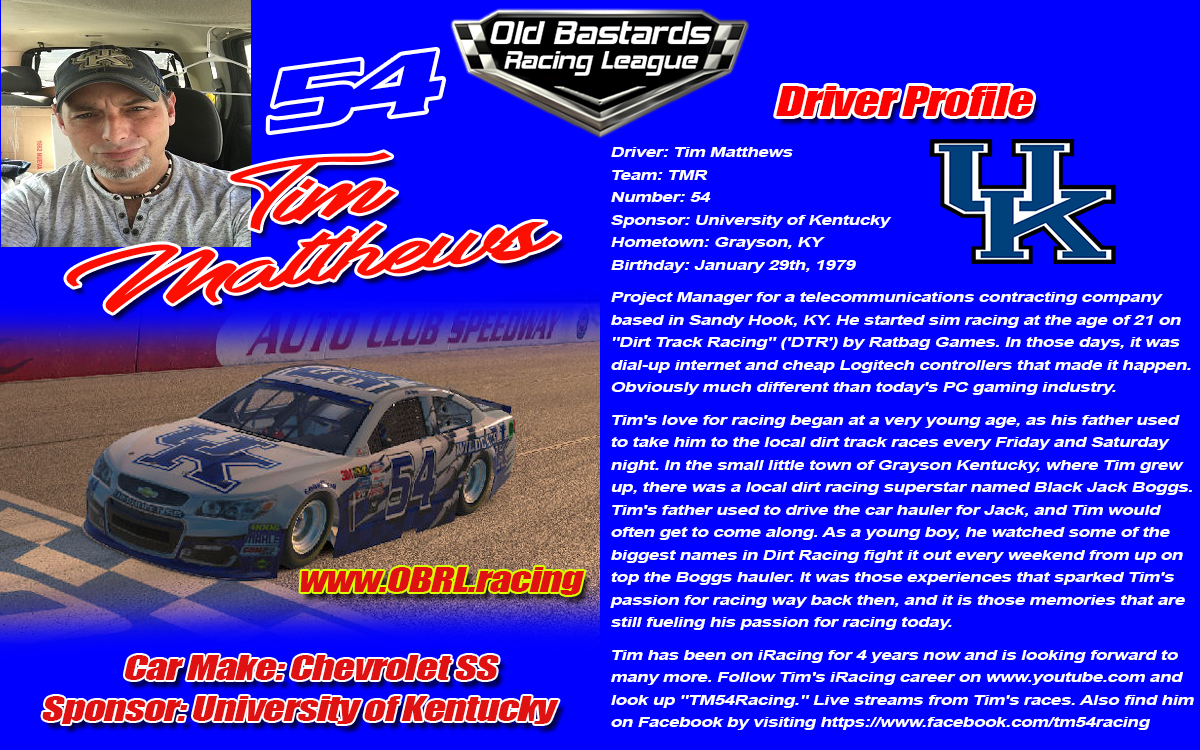 Project Manager for a telecommunications contracting company based in Sandy Hook, KY.

He started sim racing at the age of 21 on “Dirt Track Racing” (‘DTR’) by Ratbag Games. In those days, it was dial-up internet and cheap Logitech controllers that made it happen. Obviously much different than today’s PC gaming industry.

Tim’s love for racing began at a very young age, as his father used to take him to the local dirt track races very Friday and Saturday night. In the small little town of Grayson Kentucky, where Tim grew up, there was a local dirt racing superstar named Black Jack Boggs. Tim’s father used to drive the car hauler for Jack, and Tim would often get to come along. As a young boy, he watched some of the biggest names in Dirt Racing fight it out every weekend from up on top the Boggs hauler. It was those experiences that sparked Tim’s passion for racing way back then, and it is those memories that are still fueling his passion for racing today.

Tim has been on iRacing for 4 years now and is looking forward to many more. If you would like to follow along with Tim’s iRacing career, go to www.youtube.com and look up “TM54Racing.” There are hundreds of live streams from Tim’s past races and there will be many more to come. You can also find him on Facebook by visiting https://www.facebook.com/tm54racing