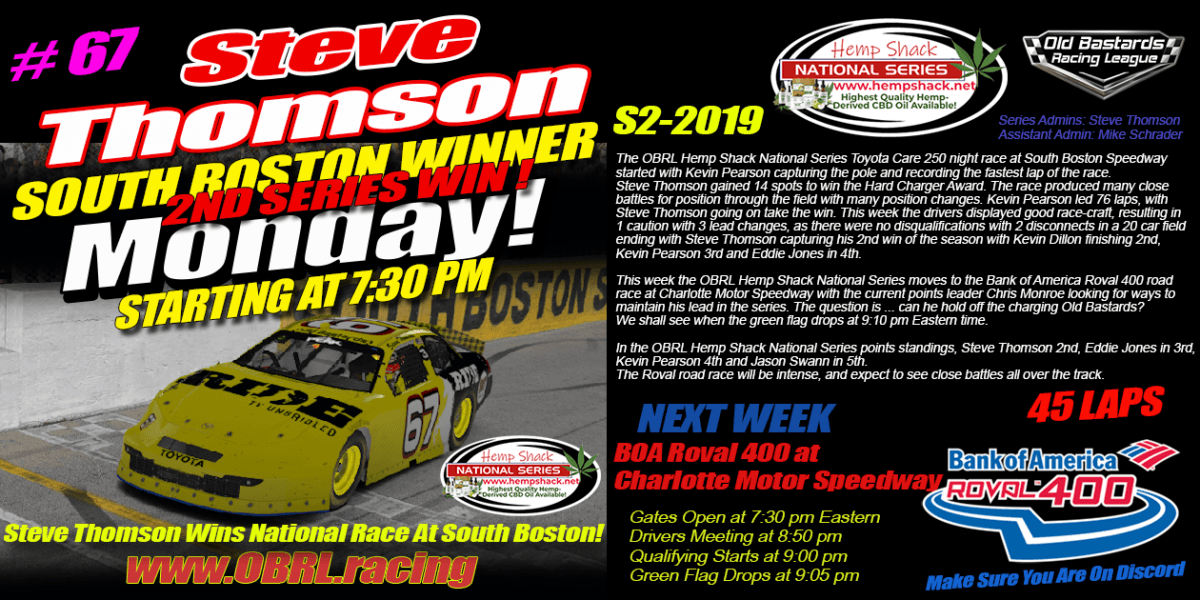 The OBRL Ailogs ARCA Series Toyota Care 250 night race at South Boston Speedway started with Kevin Pearson capturing the pole and recording the fastest lap of the race. Dwayne McArthur gained 14 spots to win the Hard Charger Award. The race produced many close battles for position through the field with many position changes. Kevin Pearson led 76 laps, with Dwayne McArthur going on take the win. This week the drivers displayed good race-craft, resulting in 1 caution with 3 lead changes, as there were no disqualifications with 2 disconnects in a 20 car field ending with Dwayne McArthur capturing his 2nd win of the season with Kevin Dillon finishing 2nd, Kevin Pearson 3rd and Eddie Jones in 4th.

This week the OBRL Ailogs ARCA Series moves to the Bank of America Roval 400 road race at Charlotte Motor Speedway with the current points leader Chris Monroe looking for ways to maintain his lead in the series. The question is … can he hold off the charging Old Bastards?

The Roval road race will be intense, and expect to see close battles all over the track.

) with the addition of the much-requested Sequential Shifter & Handbrake. If you are looking for an affordable, yet extremely reliable and well-built Shifter or Handbrake, Aiologs has got you covered. Don't take our word for it, Barry from the Sim Racing Garage described Aiologs products as a "nice surprise that exceeds expectations"... And we all know Barry sets the bar very high! 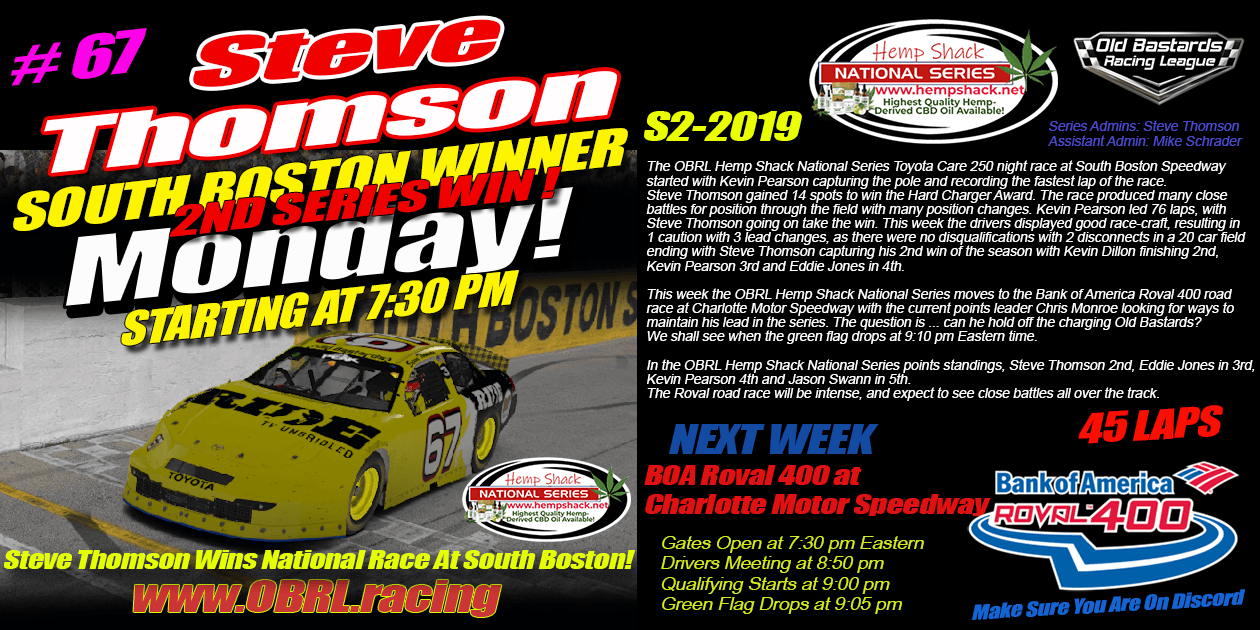 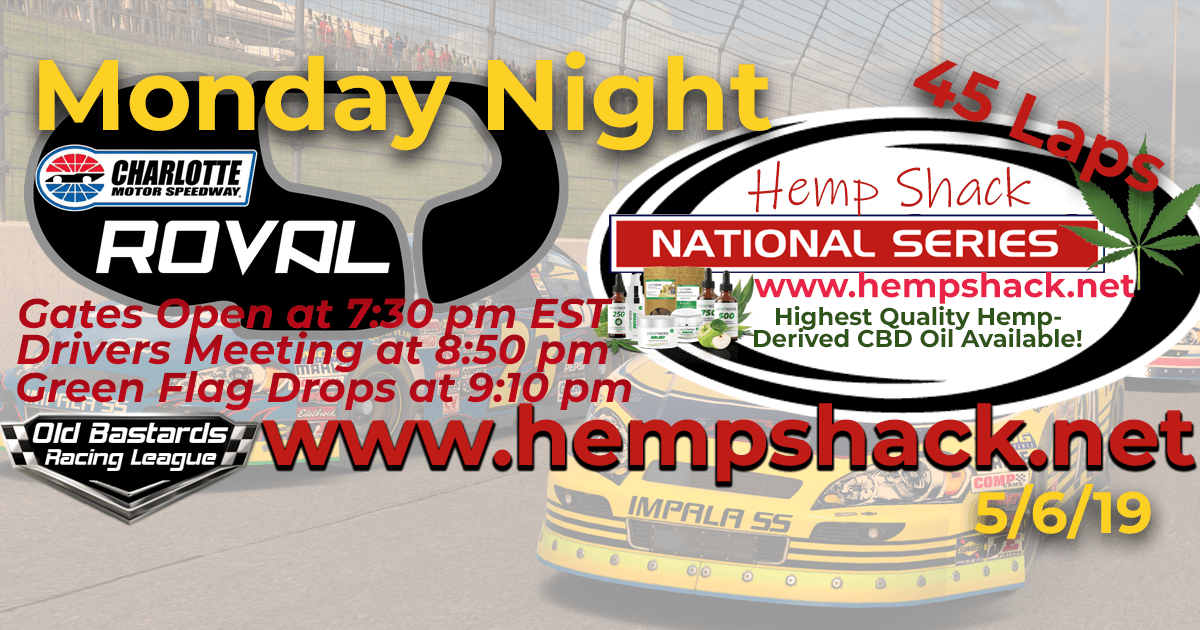