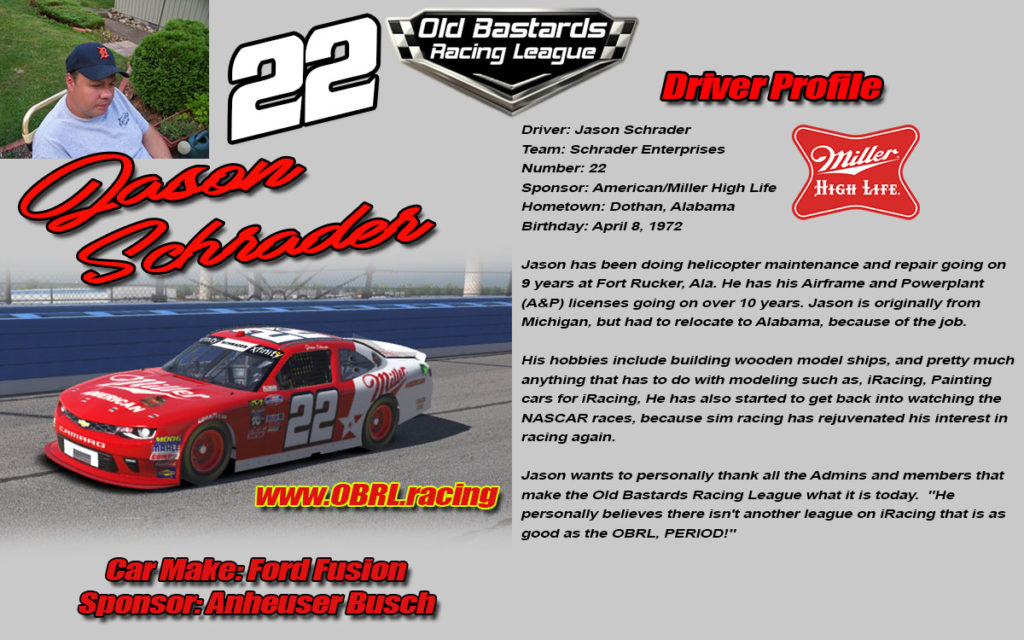 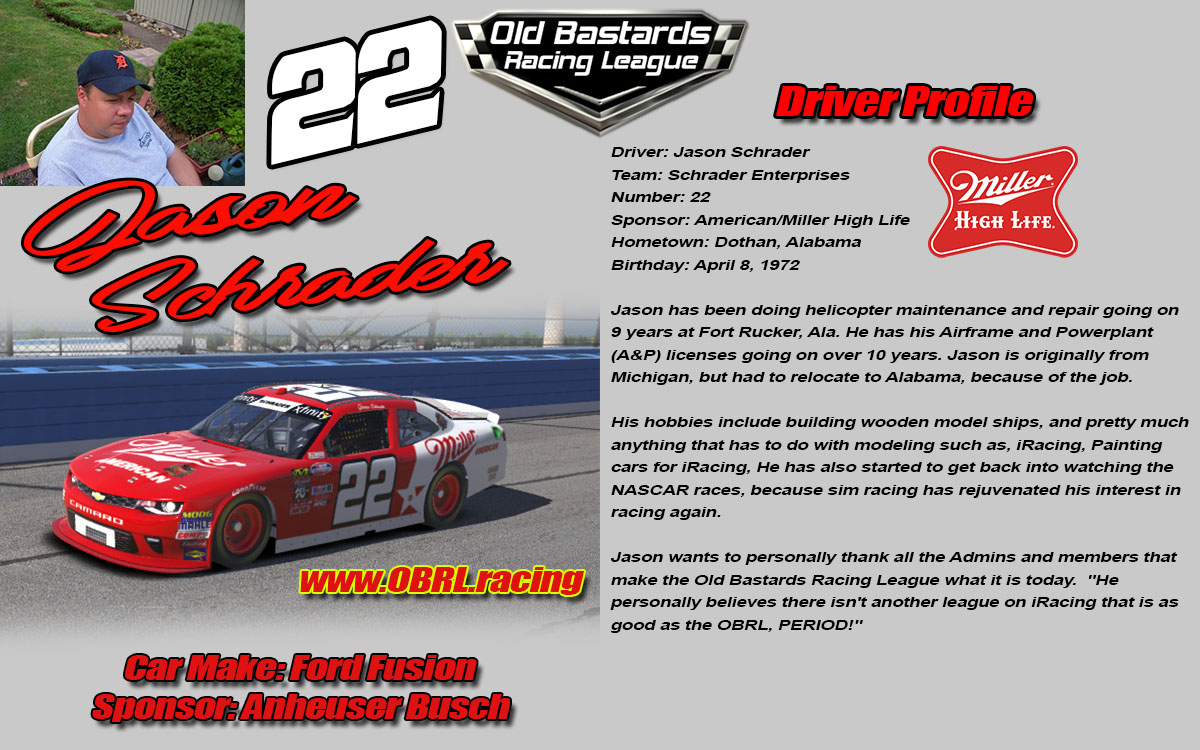 Jason has been doing helicopter maintenance and repair going on 9 years at Fort Rucker, Al. He has his Airframe and Powerplant (A&P) licenses going on over 10 years. Jason is originally from Michigan, but had to relocate to Alabama, because of the job.

His hobbies include building wooden model ships, and pretty much anything that has to do with modeling such as, iRacing, Painting cars for iRacing, He has also started to get back into watching the NASCAR races, because sim racing has rejuvenated his interest in racing again.

Jason wants to personally thank all the Admins and members that make the Old Bastards Racing League what it is today. “He personally believes there isn’t another league on iRacing that is as good as the OBRL, PERIOD!”