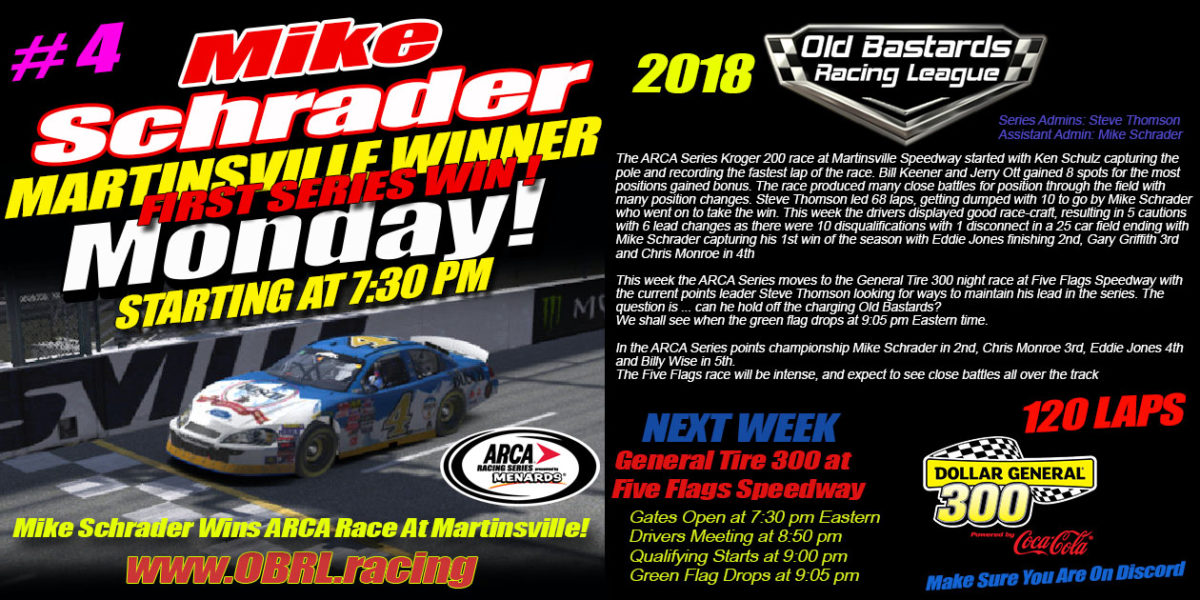 The ARCA Series Kroger 200 race at Martinsville Speedway started with Ken Schulz capturing the pole and recording the fastest lap of the race. Bill Keener and Jerry Ott gained 8 spots for the most positions gained bonus. The race produced many close battles for position through the field with many position changes. Dwayne McArthur Driver of the #67 RideTV.com Camry led 68 laps, getting dumped with 10 to go by Mike Schrader #4 Busch Beer Wagon Ford who went on to take the cucumbered win. This week the drivers displayed good race-craft (Except for Mike Schrader) ,resulting in 5 cautions with 6 lead changes as there were 10 disqualifications with 1 disconnect in a 25 car field ending with Mike Schrader capturing his 1st win of the season with Eddie Jones finishing 2nd, Gary Griffith 3rd and Chris Monroe in 4th

This week the ARCA Series moves to the General Tire 300 night race at Five Flags Speedway with the current points leader Dwayne McArthur looking for ways to maintain his lead in the series. The question is … can he hold off the charging Old Bastards?

We shall see when the green flag drops at 9:05 pm Eastern time. In the ARCA Series points championship Mike Schrader in 2nd, Chris Monroe 3rd, Eddie Jones 4th and Billy Wise in 5th.

The Five Flags race will be intense, and expect to see close battles all over the track. 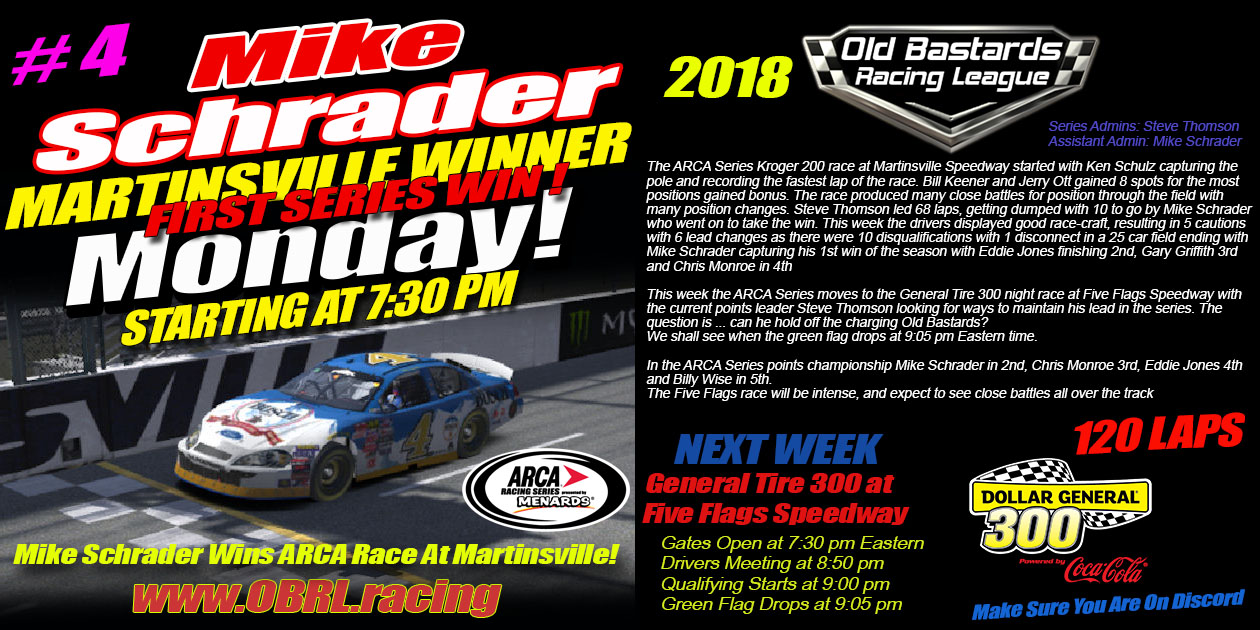 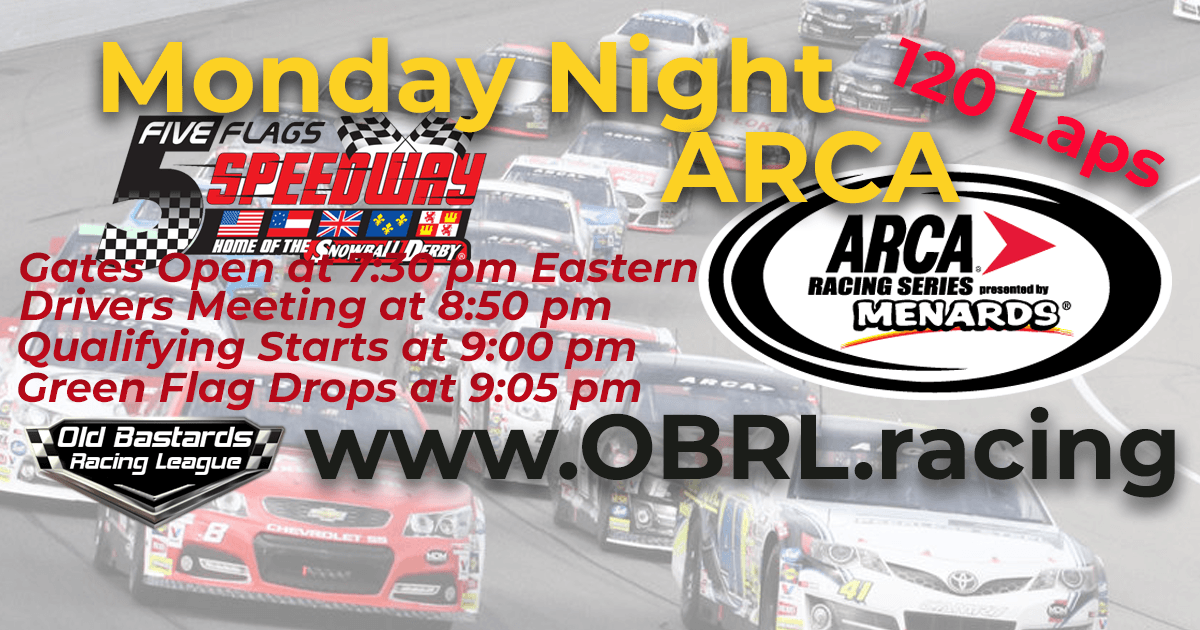