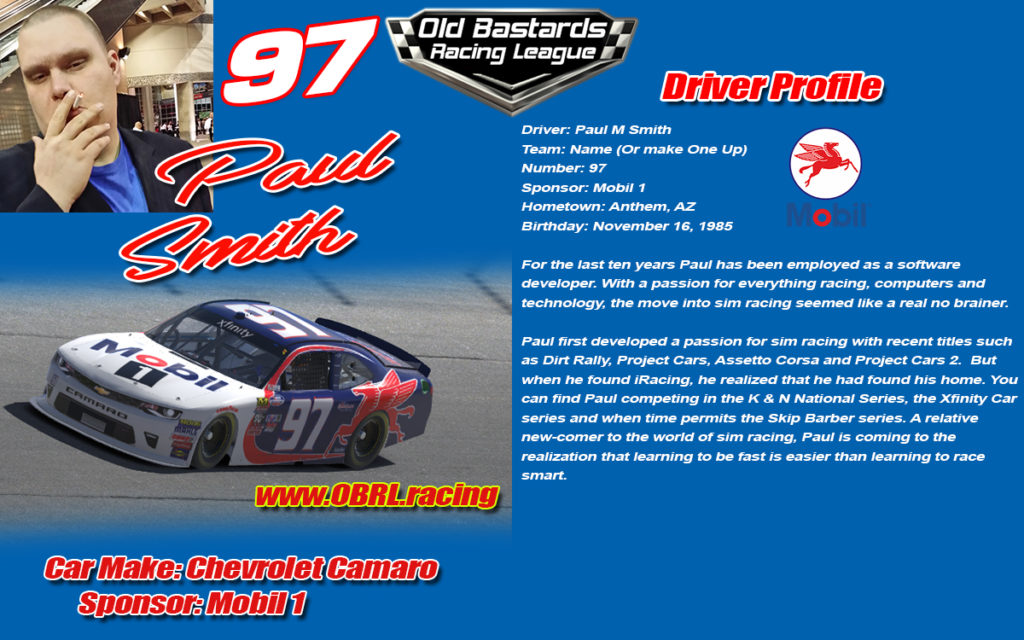 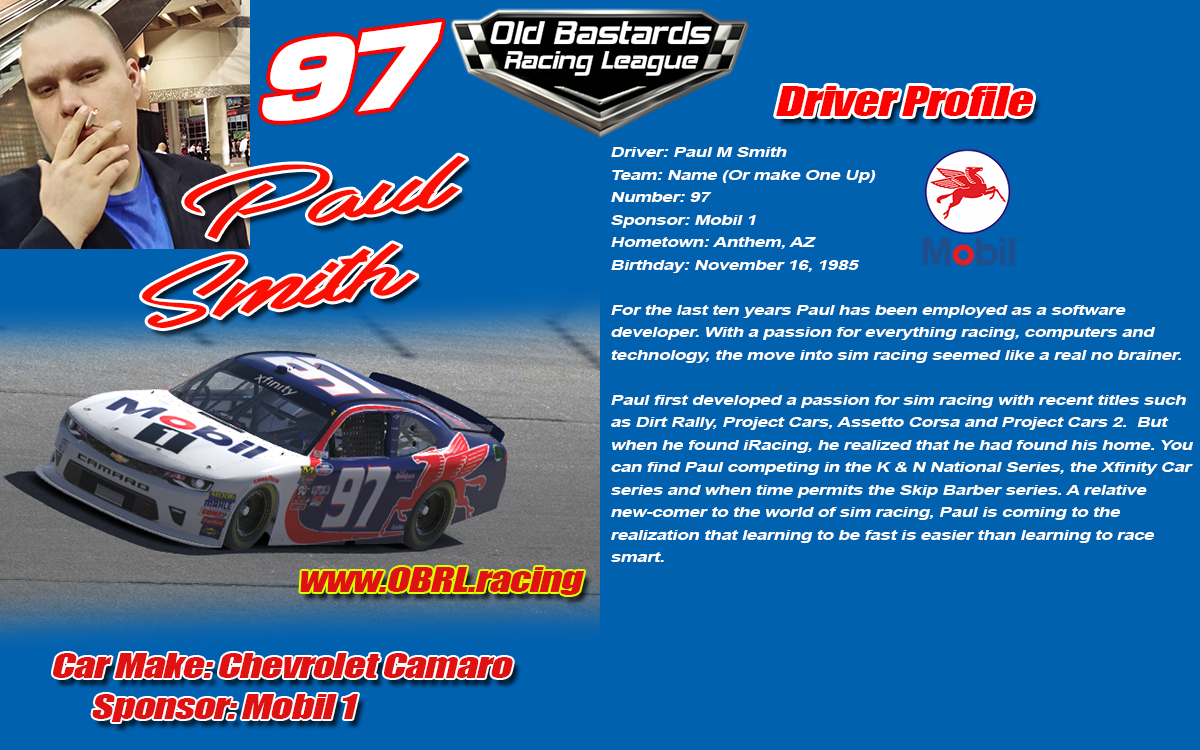 For the last ten years Paul has been employed as a software developer. With a passion for everything racing, computers and technology, the move into sim racing seemed like a real no brainer.

Paul first developed a passion for sim racing with recent titles such as Dirt Rally, Project Cars, Assetto Corsa and Project Cars 2. But when he found iRacing, he realized that he had found his home. You can find Paul competing in the K & N ARCA Series, the Xfinity B Car series and when time permits the Skip Barber series. A relative new-comer to the world of sim racing, Paul is coming to the realization that learning to be fast is easier than learning to race smart.