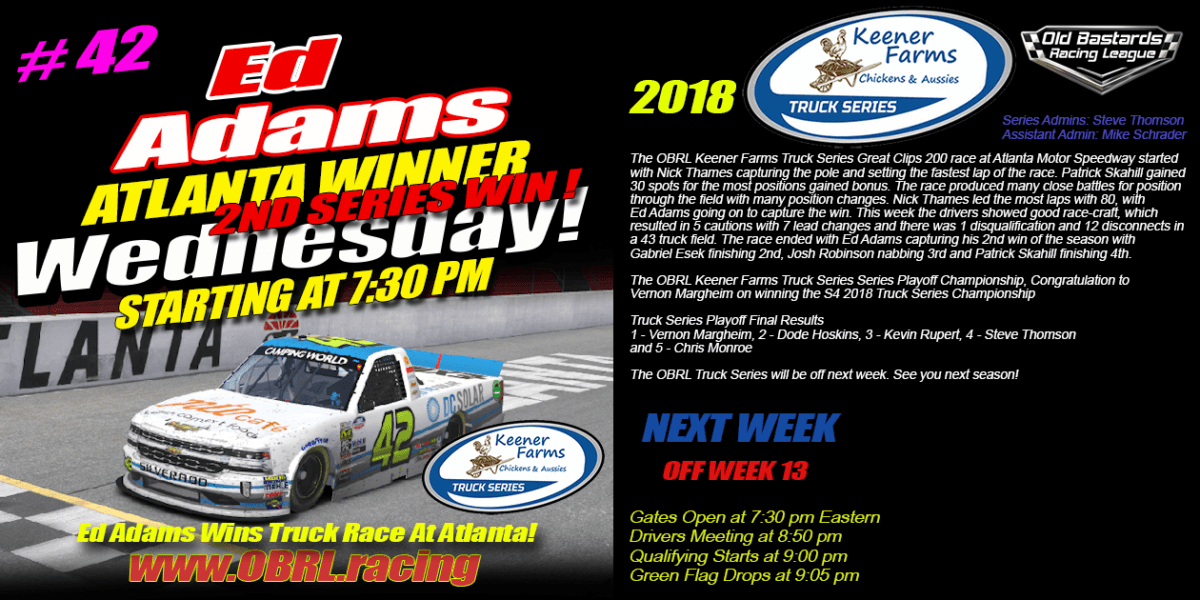 The OBRL Keener Farms Truck Series Great Clips 200 race at Atlanta Motor Speedway started with Nick Thames capturing the pole and setting the fastest lap of the race. Patrick Skahill gained 30 spots for the most positions gained bonus. The race produced many close battles for position through the field with many position changes. Nick Thames led the most laps with 80, with Ed Adams going on to capture the win. This week the drivers showed good race-craft, which resulted in 5 cautions with 7 lead changes and there was 1 disqualification and 12 disconnects in a 43 truck field. The race ended with Ed Adams capturing his 2nd win of the season with Gabriel Esek finishing 2nd, Josh Robinson nabbing 3rd and Patrick Skahill finishing 4th.

The OBRL Truck Series will be off next week. The New Season Starts December 12, 2018. See you next season!

Also one of the leading breeders of working Australian Shepherds known for there aggressiveness for working wild and unmanagable cattle and wild barbado sheep. 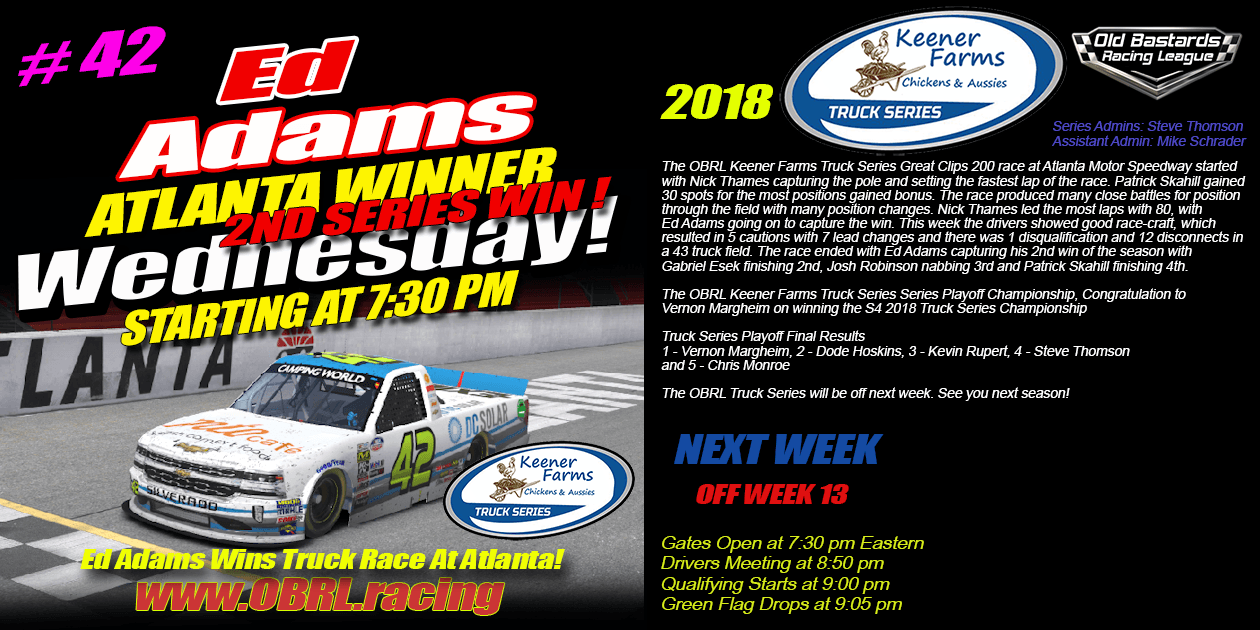 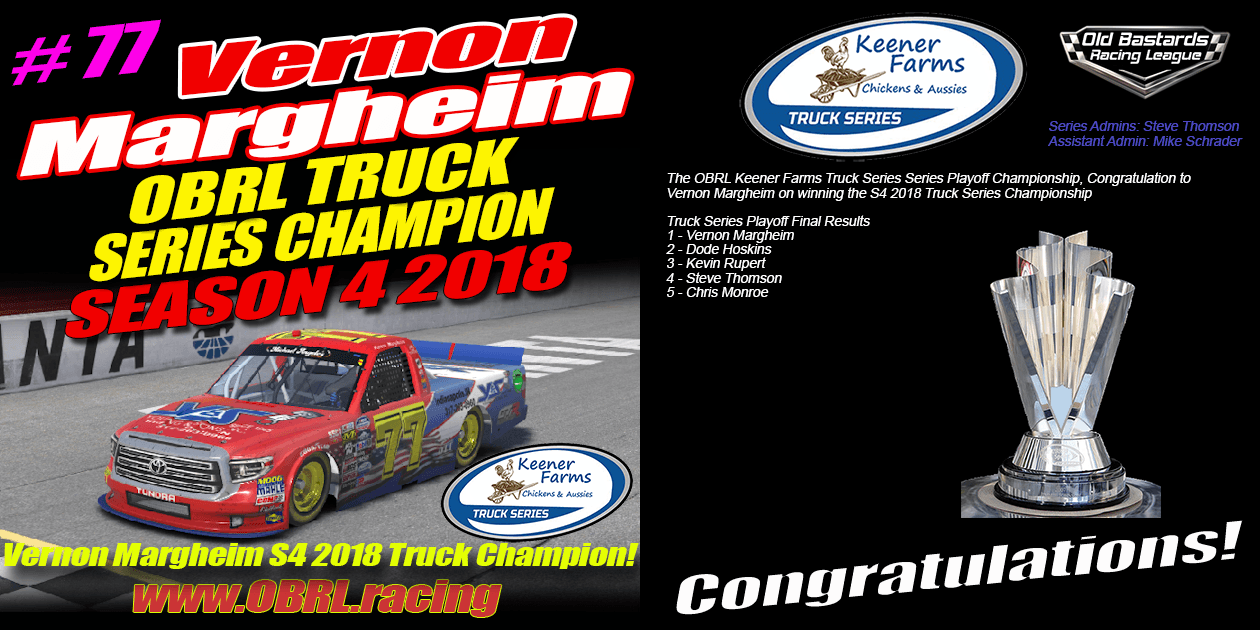 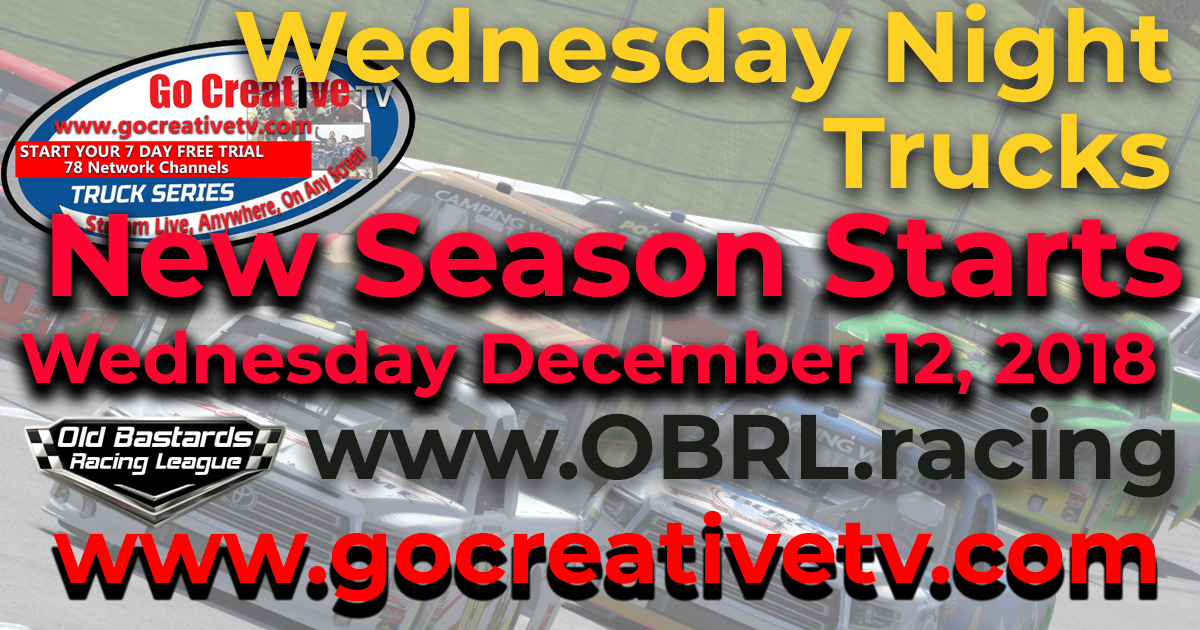