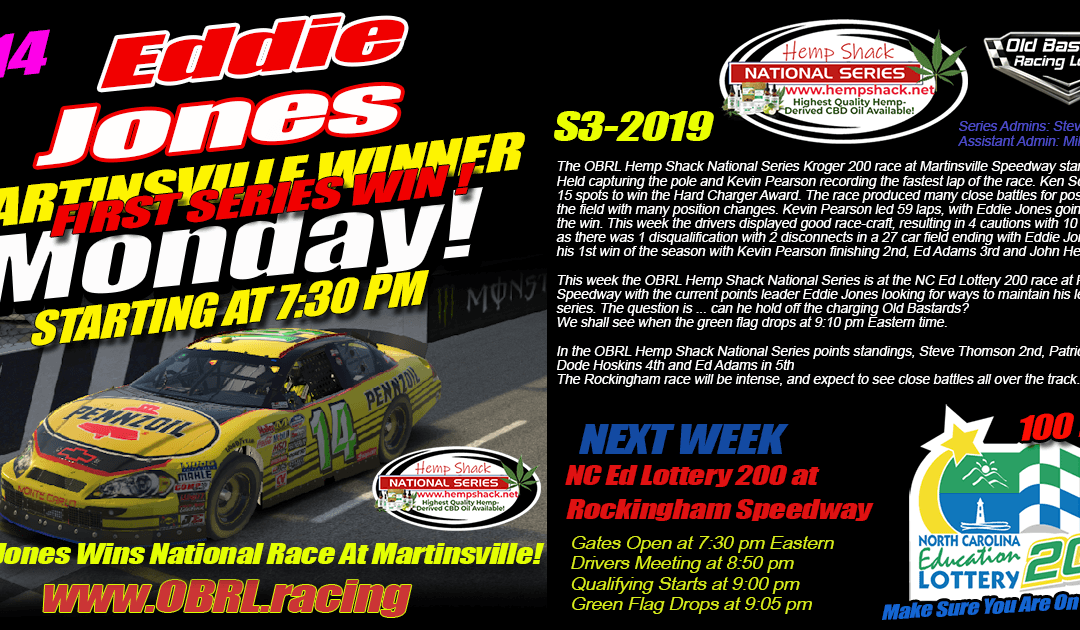 The OBRL Nascar K&N Pro Hemp Shack CBD Oil National Series Kroger 200 race at Martinsville Speedway started with John Held capturing the pole and Kevin Pearson recording the fastest lap of the race. Ken Schulz gained 15 spots to win the Hard Charger Award. The race produced many close battles for position through the field with many position changes. Kevin Pearson led 59 laps, with Eddie Ragin Cajun Jones #14 going on to take the win. This week the drivers displayed good race-craft, resulting in 4 cautions with 10 lead change, as there was 1 disqualification with 2 disconnects in a 27 car field ending with Eddie Ragin Cajun Jones #14 capturing his 1st win of the season with Kevin Pearson finishing 2nd, Ed Adams 3rd and John Held in 4th.

This week the OBRL Nascar K&N Pro Hemp Shack CBD Oil National Series is at the NC Ed Lottery 200 race at Rockingham Speedway with the current points leader Eddie Jones looking for ways to maintain his lead in the series. The question is … can he hold off the charging Old Bastards?

The Rockingham race will be intense, and expect to see close battles all over the track

We have 11 incredible Hemp-Derived CBD products in our brand. These products consist of 6 Tinctures, 3 Topicals, and 2 Pet Products which all utilize CO2 Extracted Hemp Oil grown in Kentucky. We have a 60 day money back guarantee so it’s risk-free! Order Now! 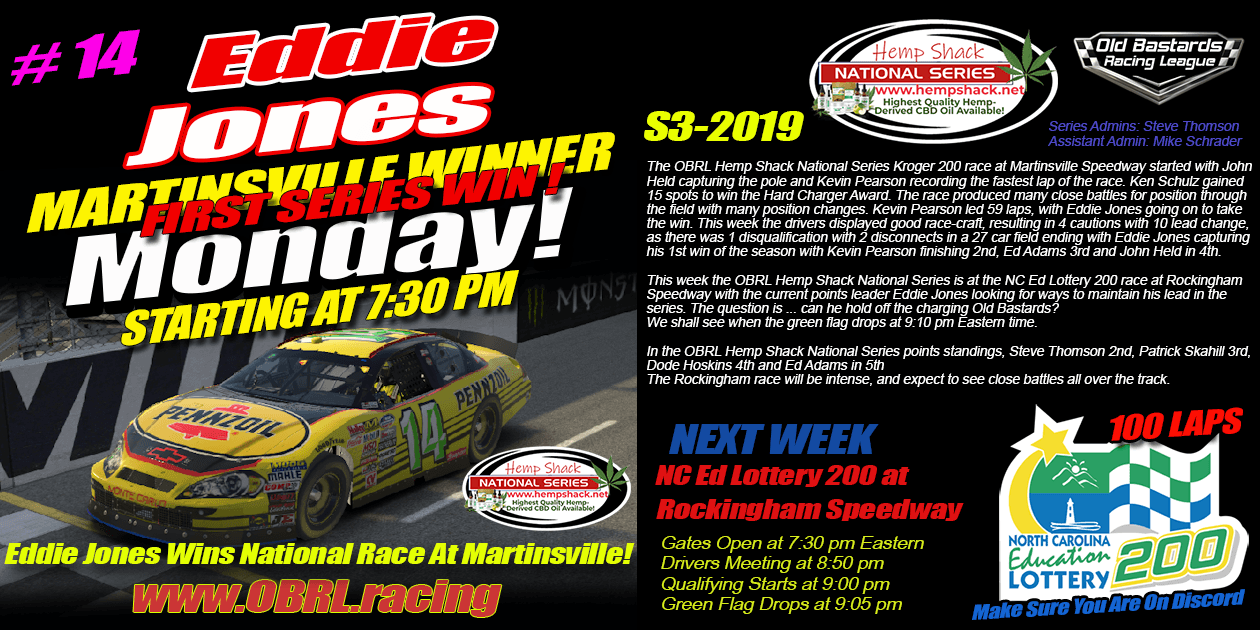 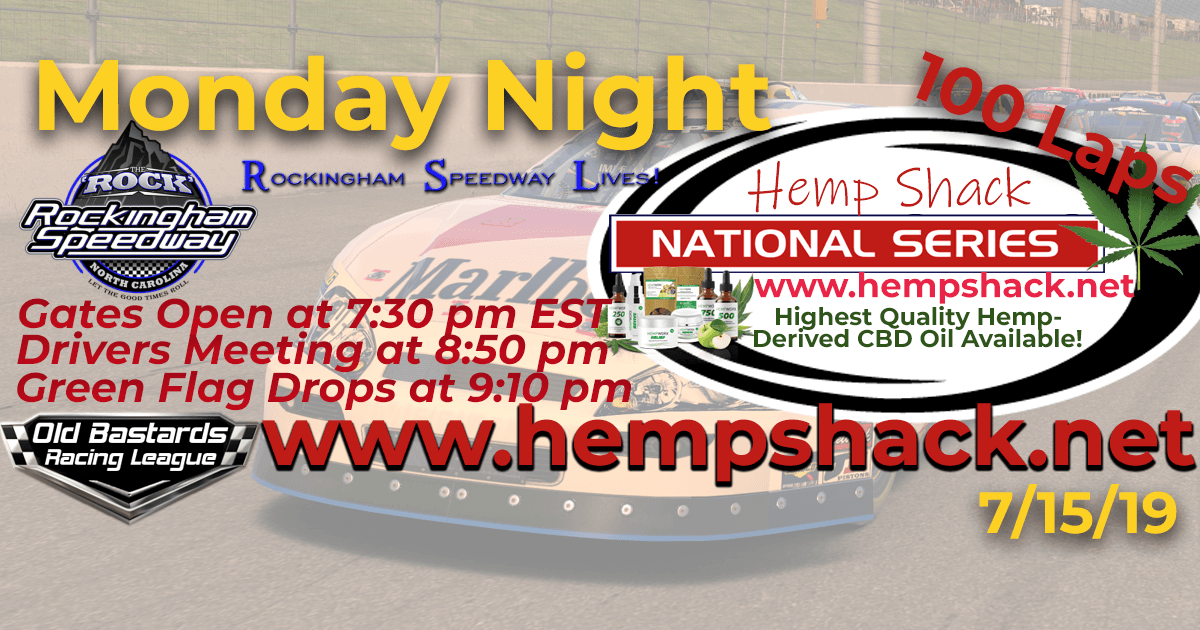