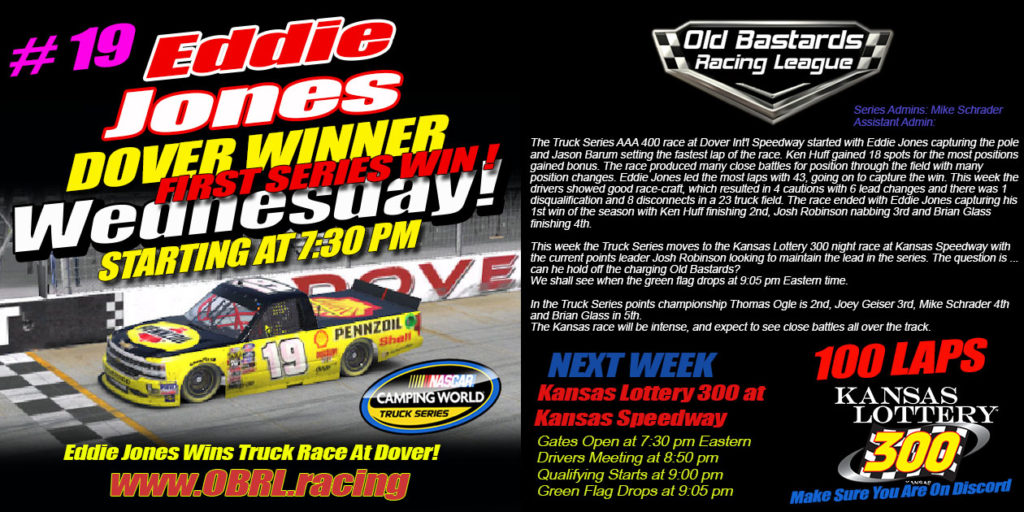 The Ol’ Bastards Truck Series AAA 400 race at Dover Int’l Speedway started with Eddie Jones Driver of the #19 Pennzoil Truck capturing the pole and Jason Barum setting the fastest lap of the race. Ken Huff gained 18 spots for the most positions gained bonus. The race produced many close battles for position through the field with many position changes. Eddie Jones apparently had more SUGAR in his tank leading the most laps with 43, going on to capture the win. This week the drivers showed good race-craft, which resulted in 4 cautions with 6 lead changes and there was 1 disqualification and 8 disconnects in a 23 truck field. The race ended with Eddie Jones capturing his 1st win of the season with Ken Huff finishing 2nd, Josh Robinson nabbing 3rd and Brian Glass finishing 4th. Eddie Jones credited his underpaid part time crew chief/engineer/shop sweeper/gofer with setting up his truck with the proper offset.

This week the Truck Series moves to the Kansas Lottery 300 night race at Kansas Speedway with the current points leader Josh Robinson looking to maintain the lead in the series. The question is … can he hold off the charging Old Bastards? 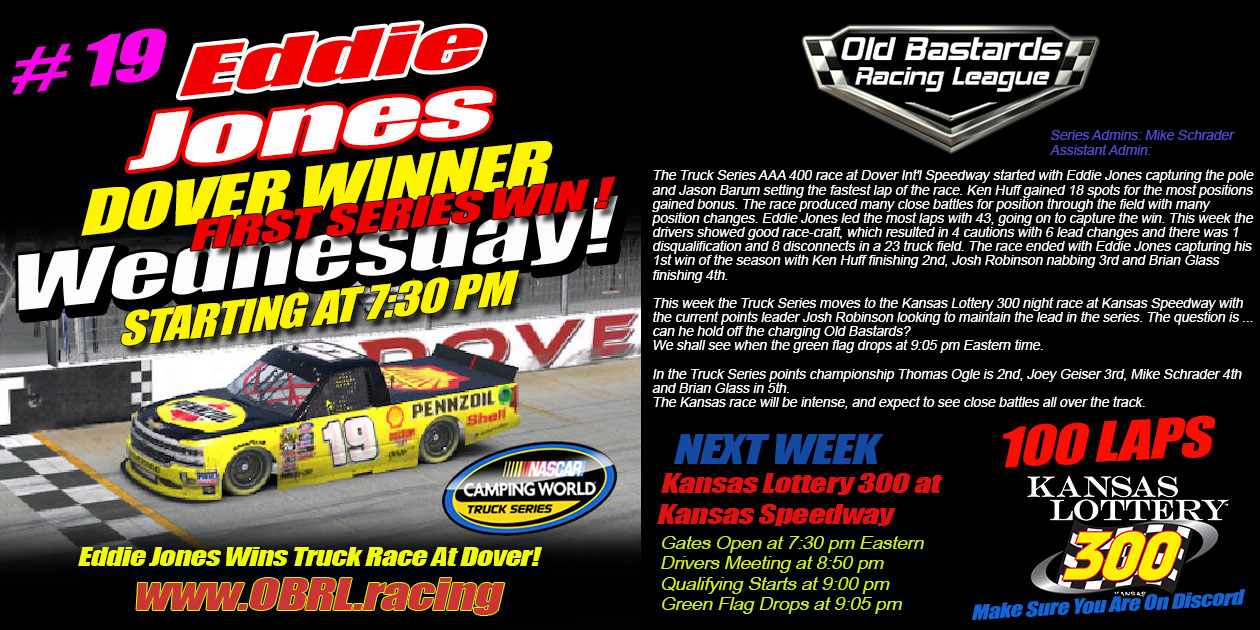 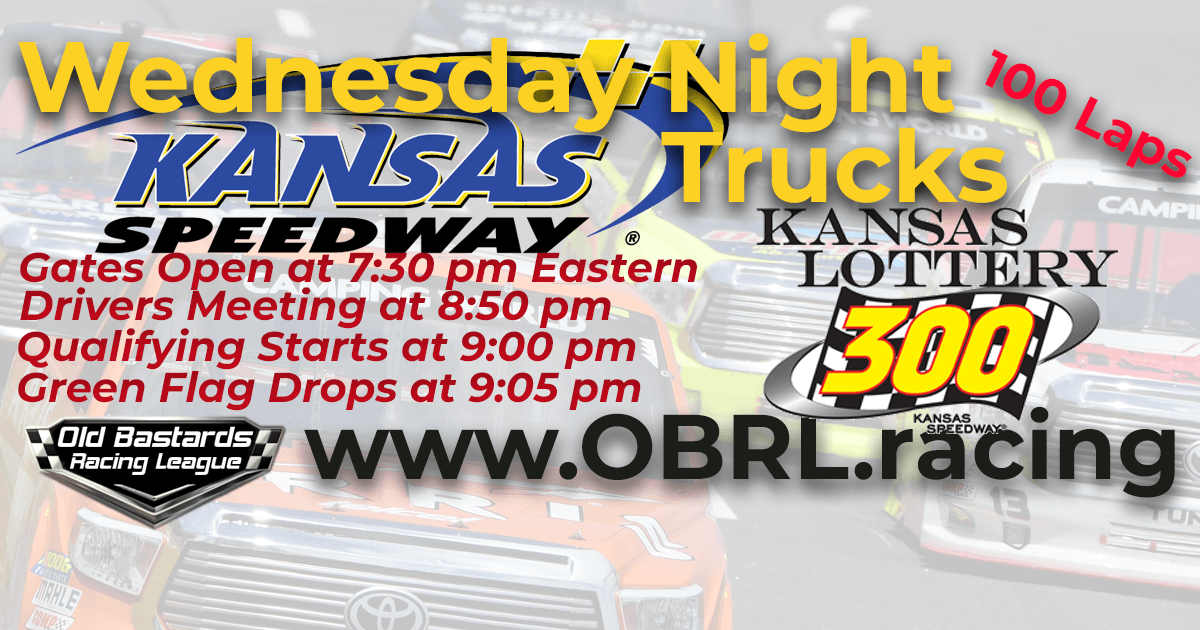