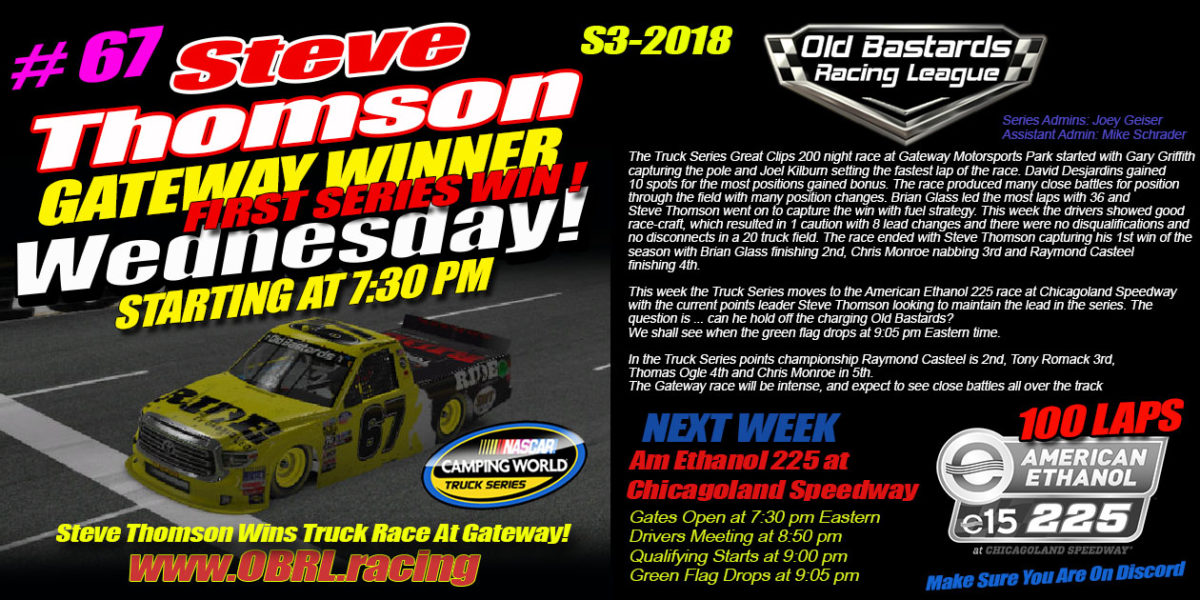 The Nascar Camping World Truck Series Great Clips 200 night race at Gateway Motorsports Park started with Gary Griffith capturing the pole and Joel Kilburn #40 Coors Light Truck setting the fastest lap of the race. David Desjardins gained 10 spots for the most positions gained bonus. The race produced many close battles for position through the field with many position changes. Brian Glass #87 Kodak Truck led the most laps with 36 and Dwayne McArthur #67 Ride TV Toyota Tundra went on to capture the win with fuel strategy. This week the drivers showed good race-craft, which resulted in 1 caution with 8 lead changes and there were no disqualifications and no disconnects in a 23 truck field. The race ended with Dwayne McArthur capturing his 1st win of the season with Brian Glass finishing 2nd, Chris Monroe nabbing 3rd and Raymond Casteel finishing 4th.

This week the Truck Series moves to the American Ethanol 225 race at Chicagoland Speedway with the current points leader Dwayne McArthur looking to maintain the lead in the series. The question is … can he hold off the charging Old Bastards? 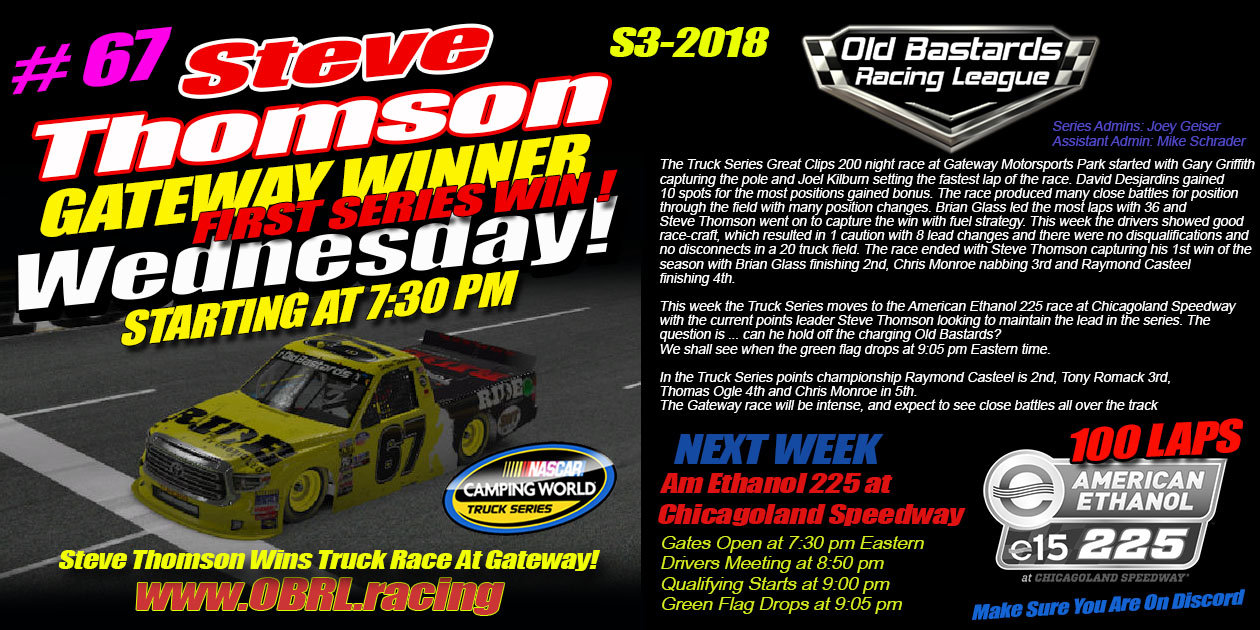 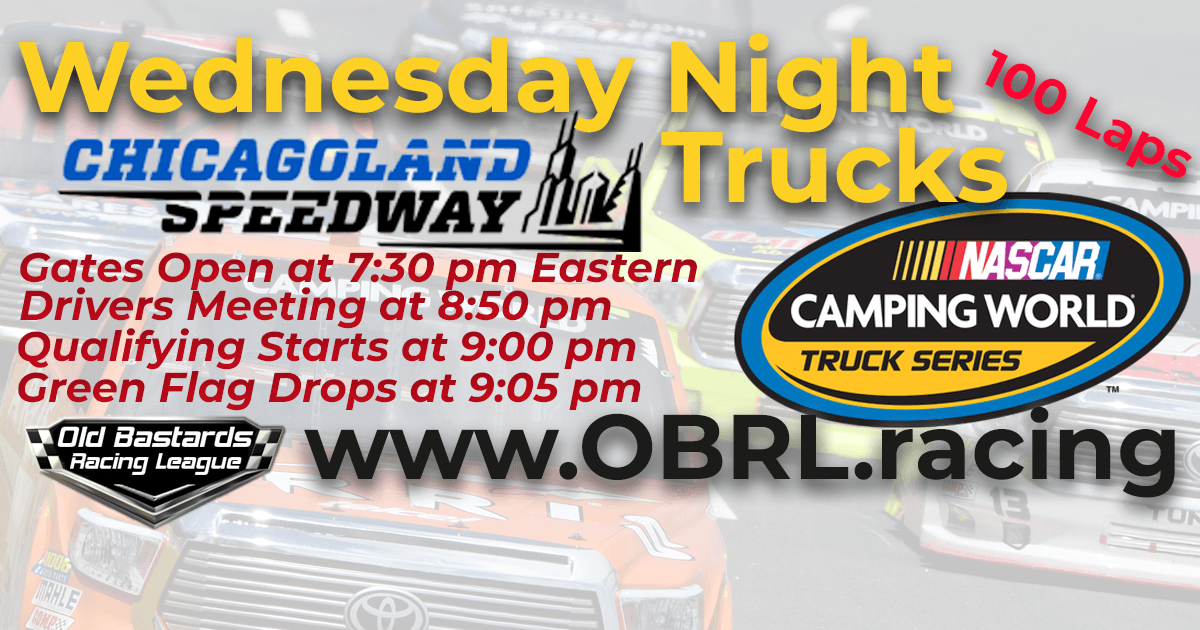