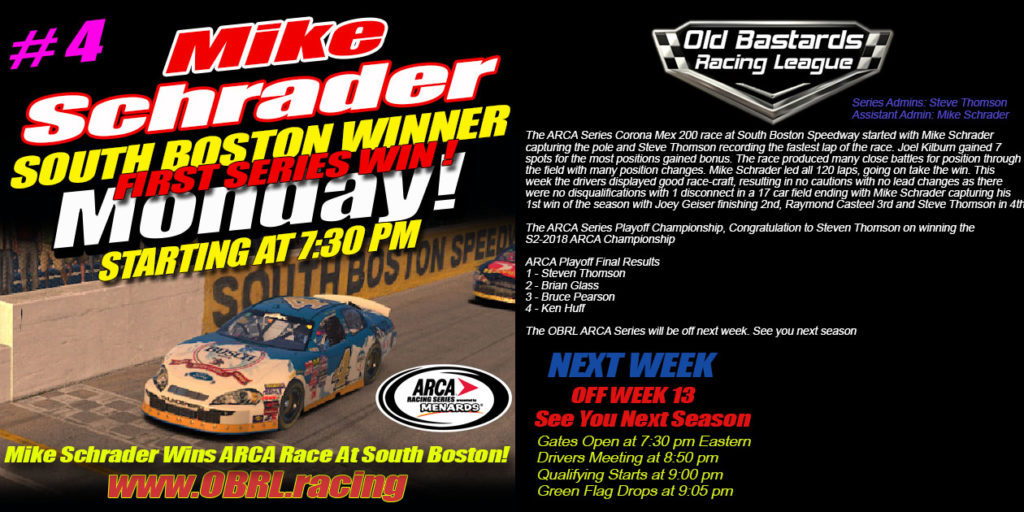 The ARCA Series Corona Mex 200 race at South Boston Speedway started with Mike Schrader Driver of the #4 Bush Beer Sponsored Ford capturing the pole and Dwayne McArthur Driver of the #67 RideTV.com Camry recording the fastest lap of the race. Joel Kilburn No.40 Coors Light gained 7 spots for the most positions gained bonus. The race produced many close battles for position through the field with many position changes. Mike Schrader led all 120 laps, going on take the win. This week the drivers displayed good race-craft, resulting in no cautions with no lead changes as there were no disqualifications with 1 disconnect in a 17 car field ending with Mike Schrader capturing his 1st win of the season with Joey Geiser finishing 2nd, Raymond Casteel 3rd and Dwayne McArthur in 4th

The OBRL ARCA Series will be off next week. See you June 11th, 2018 For the Start of the New ARCA Season! 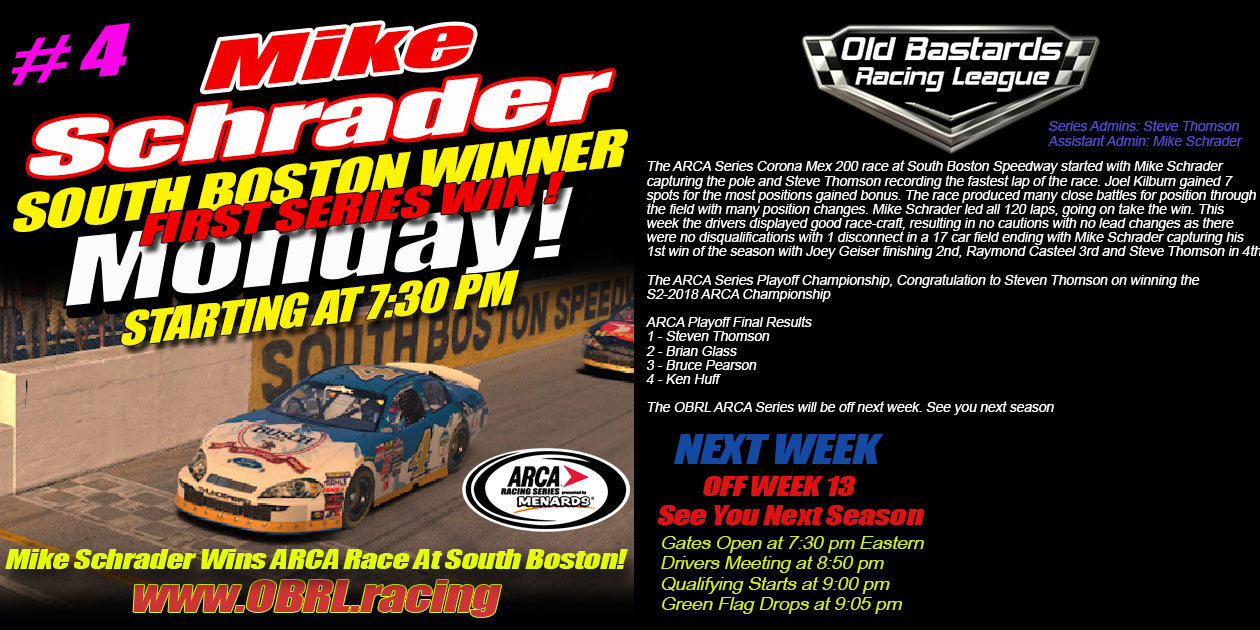 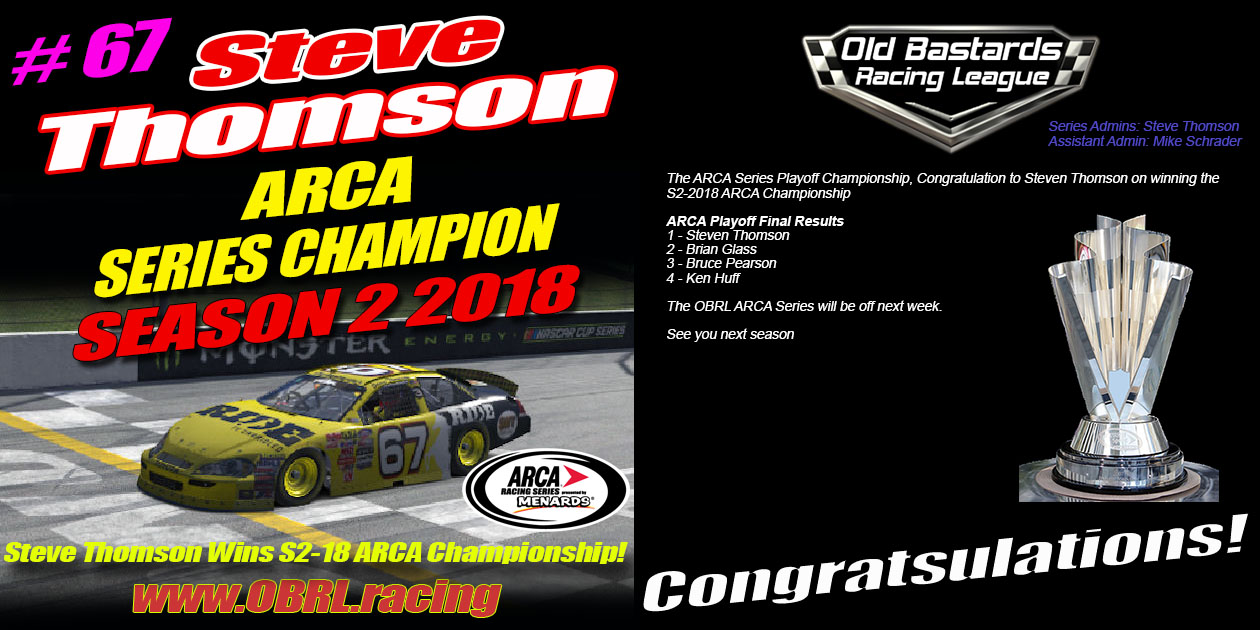 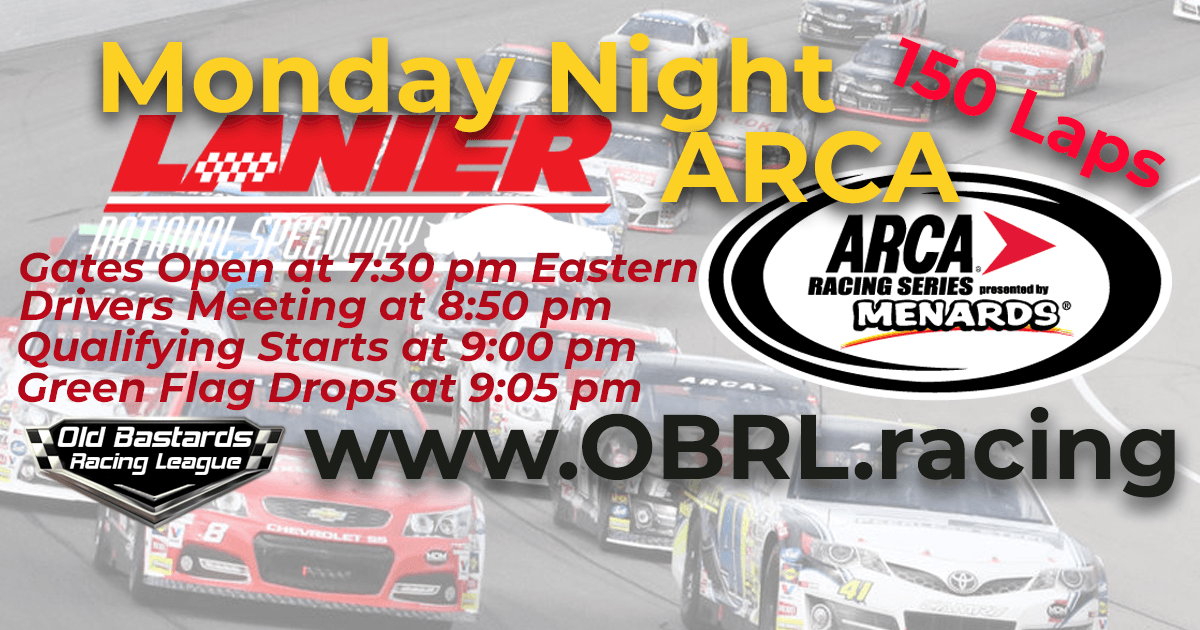