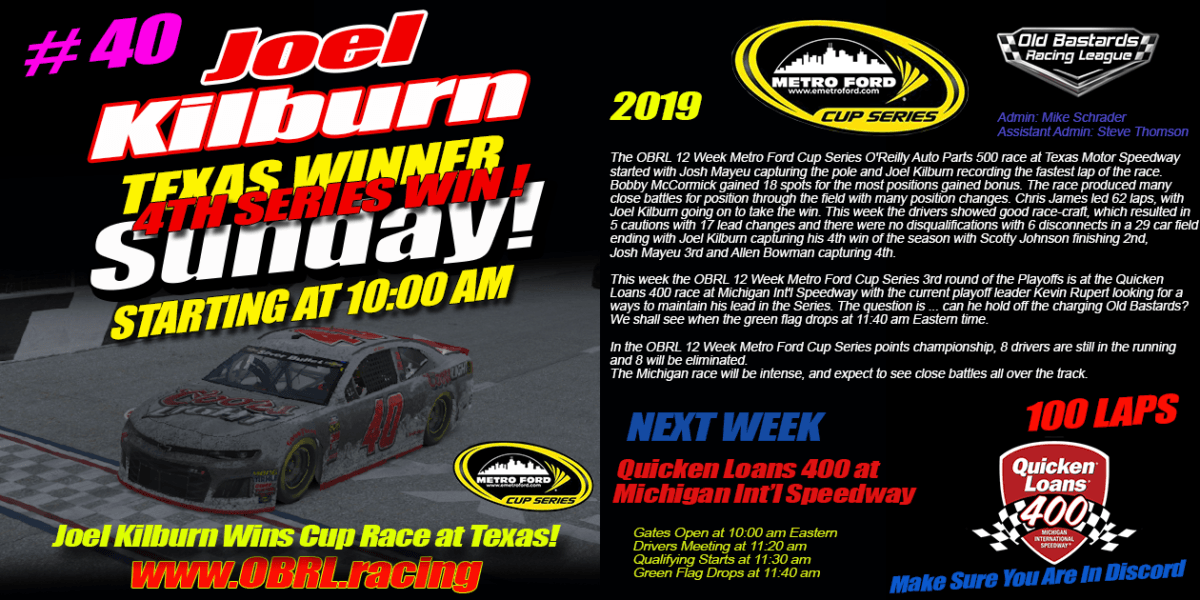 The OBRL 12 Week eNascar eSport iRacing Metro Ford Cup Series O’Reilly Auto Parts 500 race at Texas Motor Speedway started with Josh Mayeu capturing the pole and Joel Kilburn recording the fastest lap of the race. Bobby McCormick gained 18 spots for the most positions gained bonus. The race produced many close battles for position through the field with many position changes. Chris James led 62 laps, with Joel Kilburn going on to take the win. This week the drivers showed good race-craft, which resulted in 5 cautions with 17 lead changes and there were no disqualifications with 6 disconnects in a 29 car field ending with Joel Kilburn capturing his 4th win of the season with Scotty Johnson finishing 2nd, Josh Mayeu 3rd and Allen Bowman capturing 4th.

This week the OBRL 12 Week Metro Ford Cup Series 3rd round of the Playoffs is at the Quicken Loans 400 race at Michigan Int’l Speedway with the current playoff leader Kevin Rupert looking for ways to maintain his lead in the Series.

In the OBRL 12 Week Metro Ford Cup Series points championship, 8 drivers are still in the running and 8 will be eliminated. 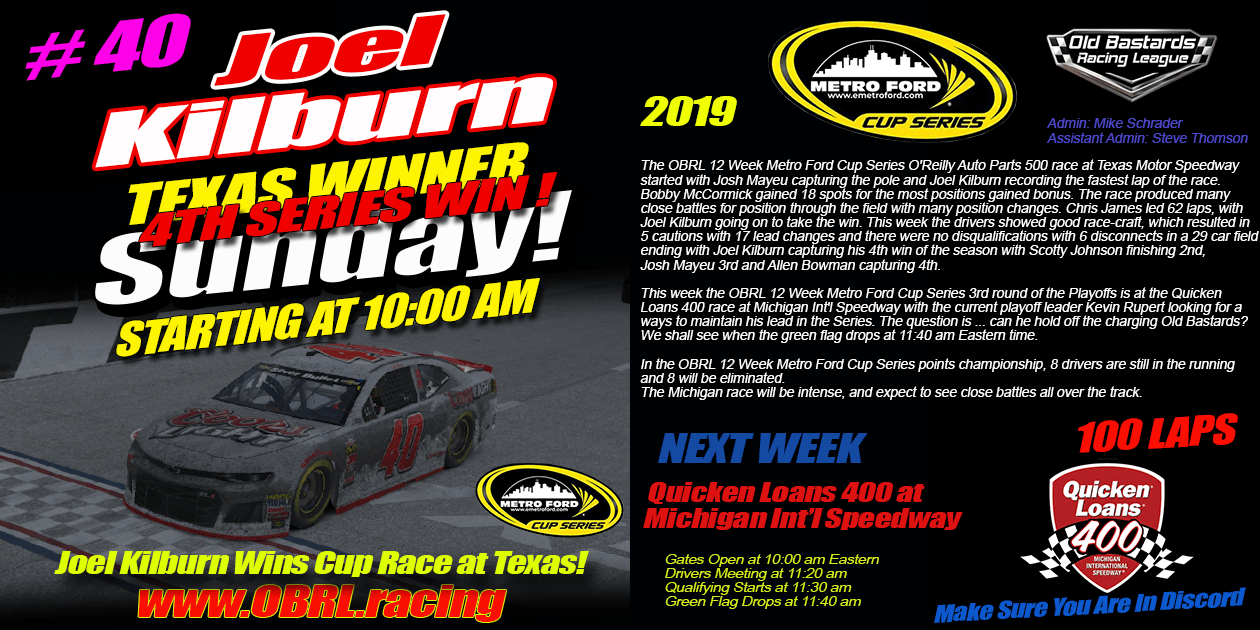 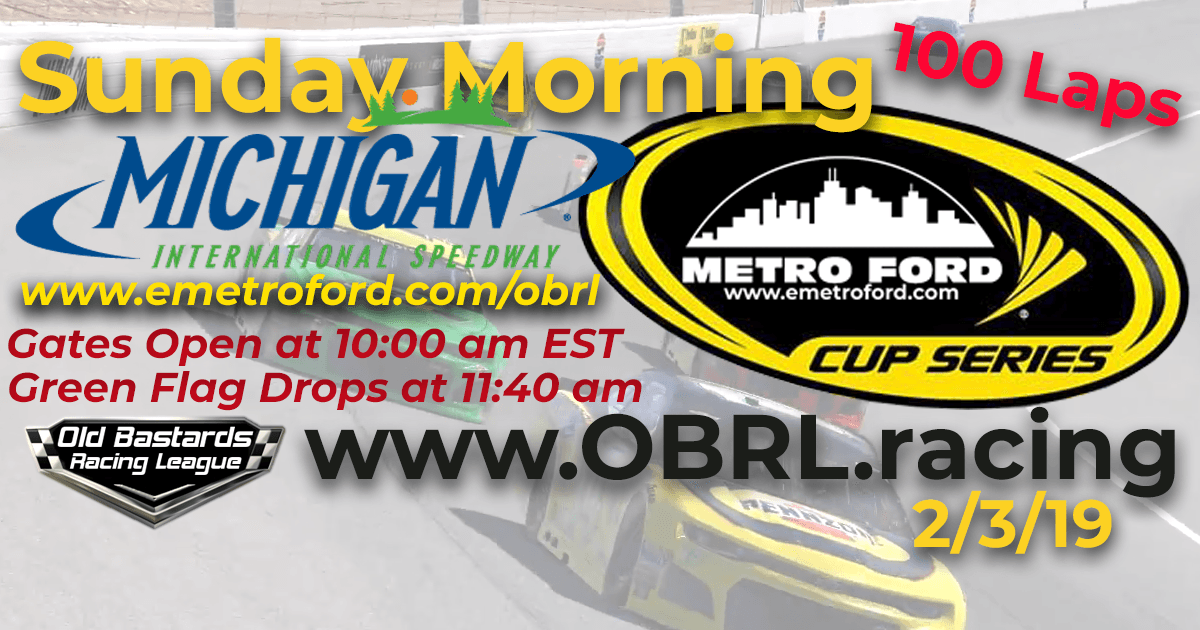