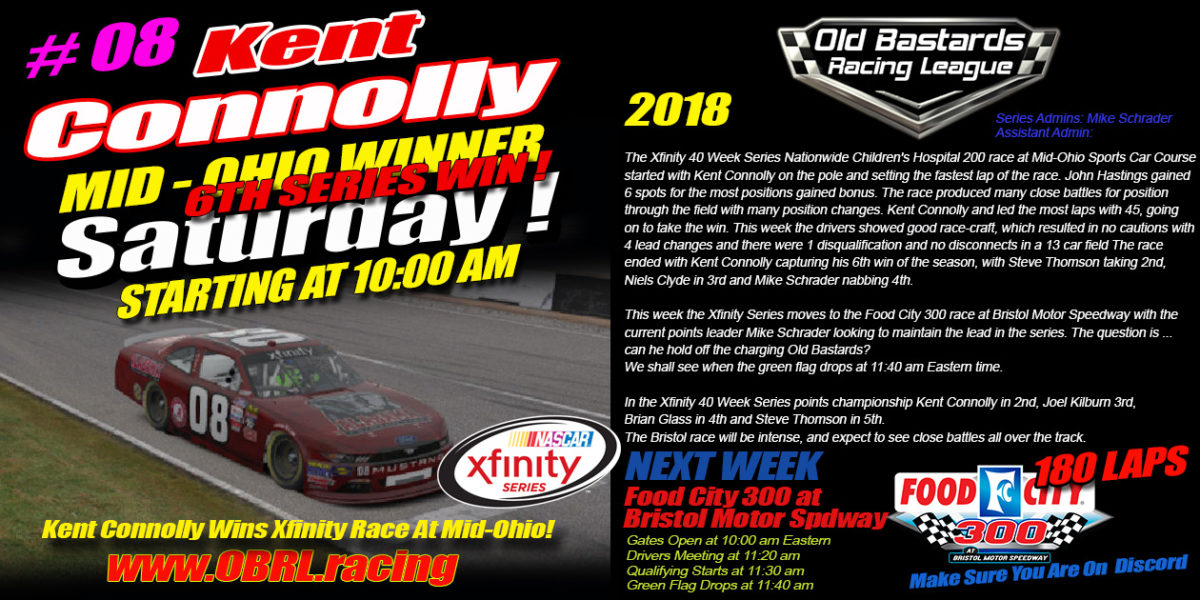 🏁Kent “Big Time” Connolly #08 Burns The Competition For The 2nd Week In A Row To Win Mid Ohio!

The Xfinity 40 Week Series Nationwide Children’s Hospital 200 race at Mid-Ohio Sports Car Course started with Kent “Big Time” Connolly Driving the #08 Obama Ford Mustang on the pole and setting the fastest lap of the race. John Hastings #32 Tide Ride Chevy gaining 6 spots for the most positions gained bonus and winning the “Hard Charger Award”. The race produced many close battles for position through the field with many position changes. Kent “Big Time” Connolly and led the most laps with 45, going on to take the win. This week the drivers showed good race-craft, which resulted in no cautions with 4 lead changes and there were 1 disqualification and no disconnects in a 13 car field The race ended with Kent “Big Time” Connolly not only smoking the competition as he did last week at Watkins Glen, but burning it up on the track and killing the other drivers by winning by over 11 seconds to capture his 6th win of the season, with Dwayne McArthur taking 2nd, Niels Clyde in 3rd and Mike Schrader nabbing 4th.

This week the Xfinity Series moves to the Food City 300 race at Bristol Motor Speedway with the current points leader Mike Schrader looking to maintain the lead in the series. The question is … can he hold off the charging Old Bastards? 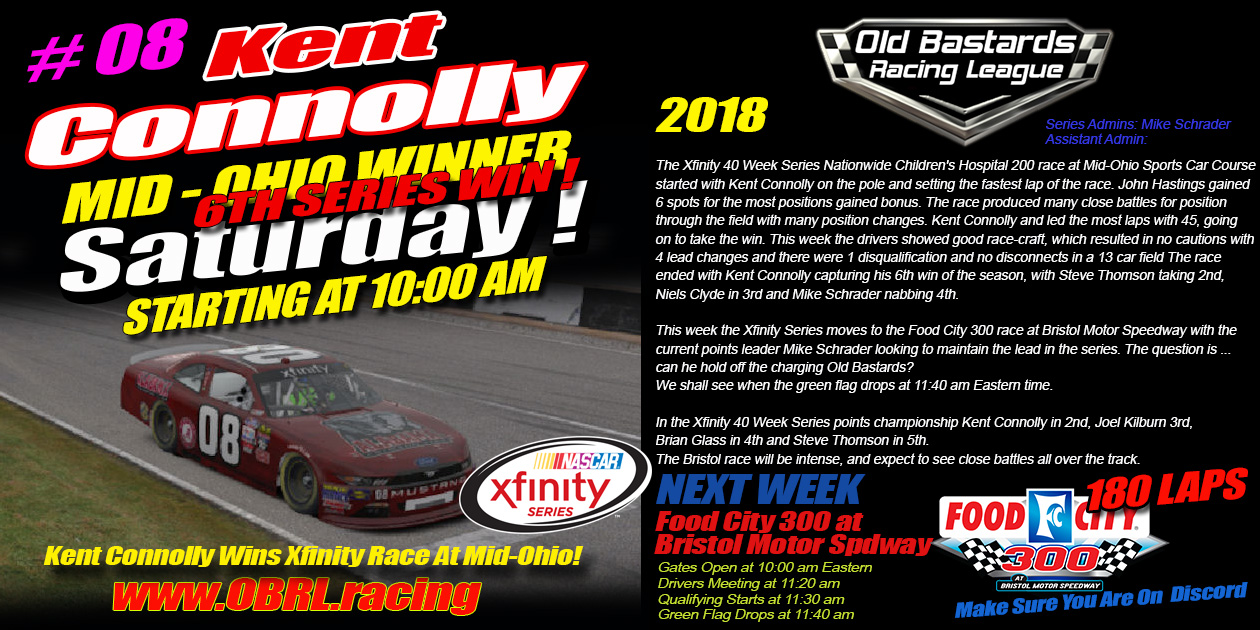 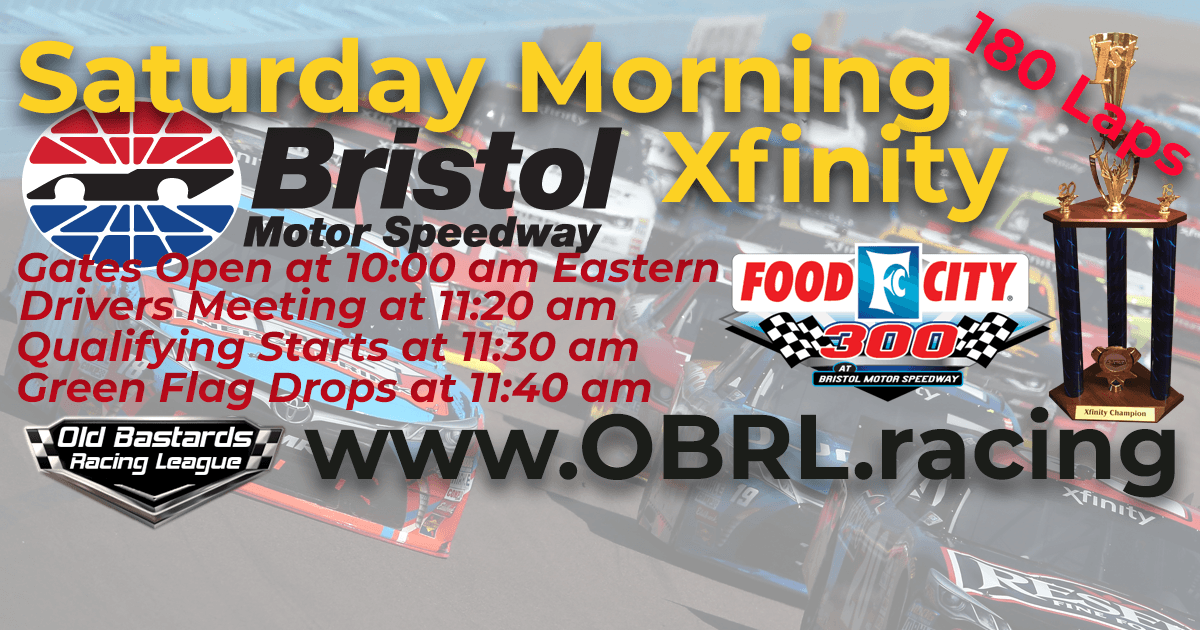