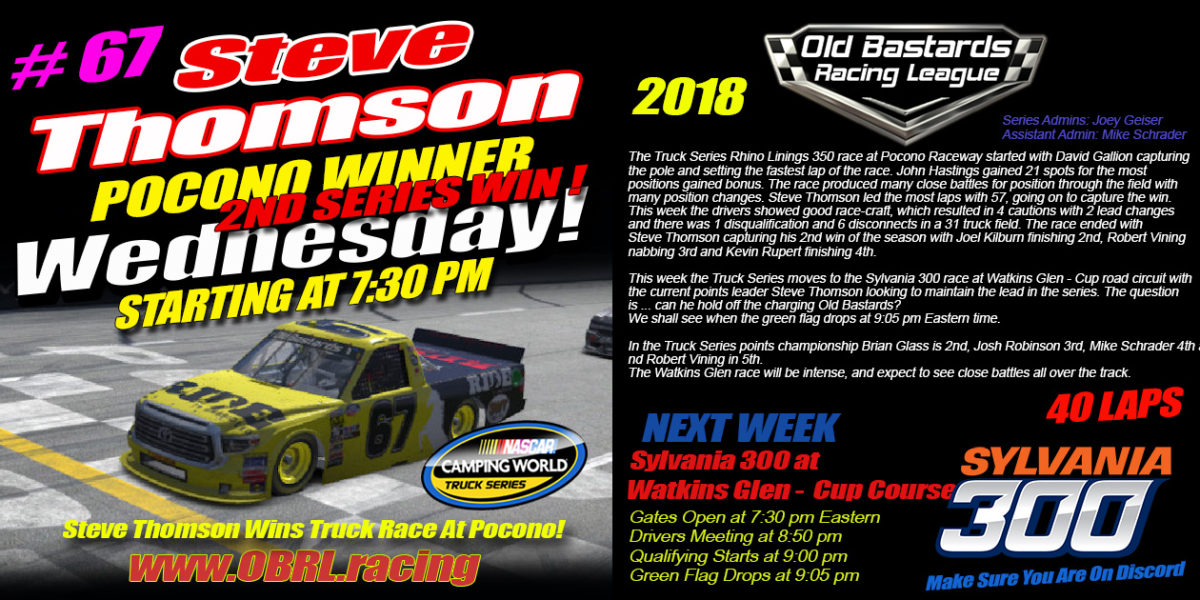 The Truck Series Rhino Linings 350 race at Pocono Raceway started with David Gallion capturing the pole and setting the fastest lap of the race. John Hastings gained 21 spots for the most positions gained bonus. The race produced many close battles for position through the field with many position changes. Dwayne McArthur #67 RideTV.com Sponsored Tundra led the most laps with 57, going on to capture the win. This week the drivers showed good race-craft, which resulted in 4 cautions with 2 lead changes and there was 1 disqualification and 6 disconnects in a 31 truck field. The race ended with Dwayne McArthur killing Joel Kilburn on 2 restarts and spanking his sorry ass on the the third restart, going on to capture his 2nd win of the season with Joel Kilburn #40 Coors Light Chevy finishing 2nd, Robert Vining driver of the #6 The Pool Boys Sponsored Truck nabbing 3rd and Kevin Rupert finishing 4th.

This week the Truck Series moves to the Sylvania 300 race at Watkins Glen – Cup road circuit with the current points leader Dwayne McArthur looking to maintain the lead in the series. The question is … can he hold off the charging Old Bastards? 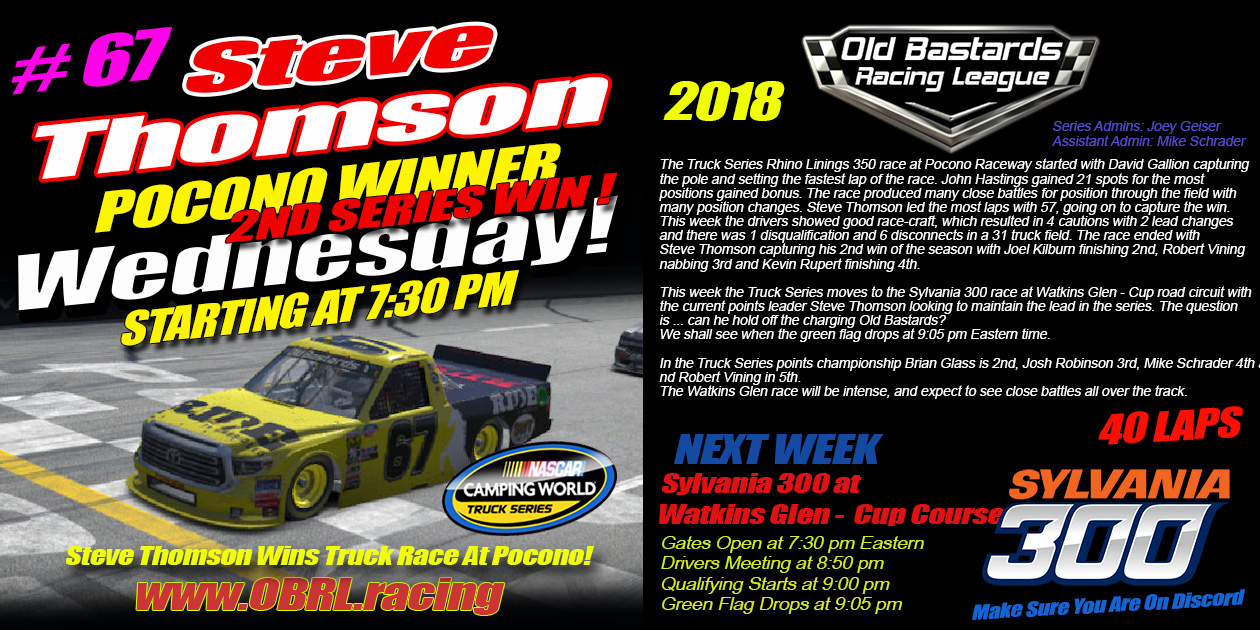 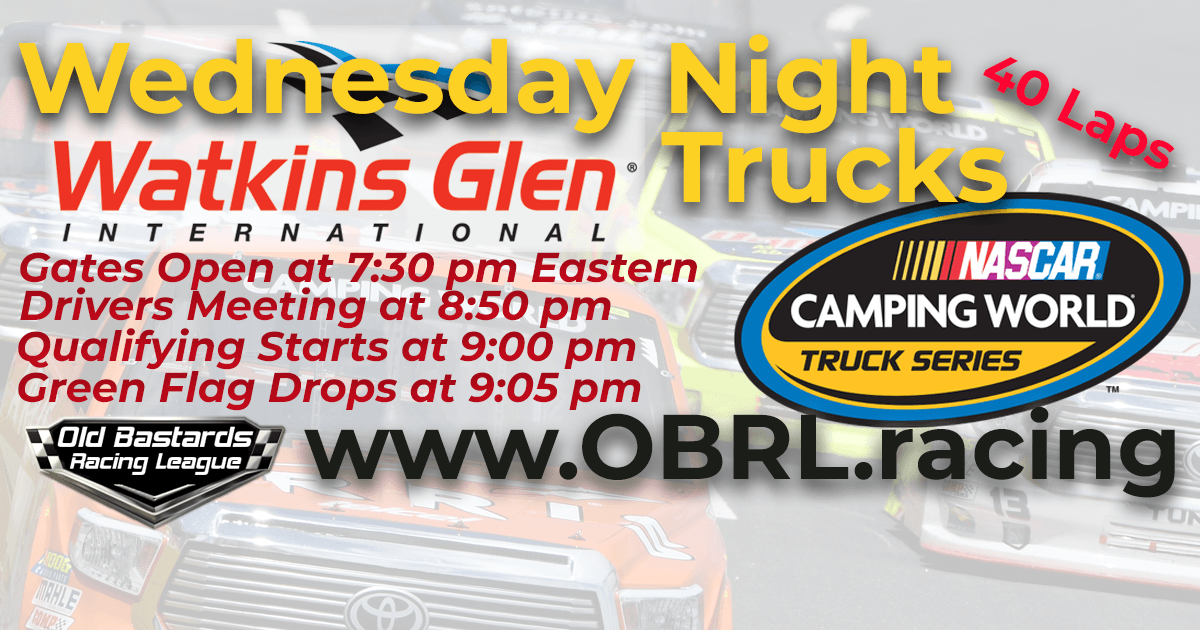