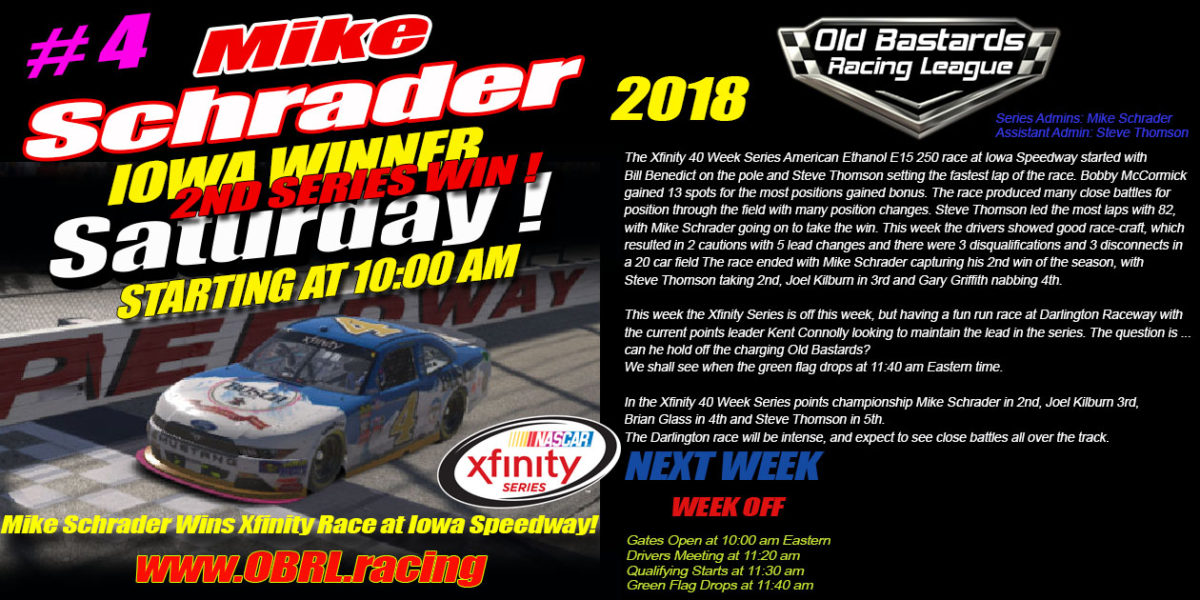 The Xfinity 40 Week Series American Ethanol E15 250 race at Iowa Speedway started with Bill Benedict on the pole and Steven Thomson setting the fastest lap of the race. Bobby McCormick #31  gained 13 spots for the most positions gained bonus. The race produced many close battles for position through the field with many position changes. Steven Thomson #67 RideTV.com Toyota led the most laps with 82, with Mike Schrader #4 Busch Beer Sponsored Mustang going on to take the win by .042. This week the drivers showed good race-craft, which resulted in 2 cautions with 5 lead changes and there were 3 disqualifications and 3 disconnects in a 20 car field The race ended with Mike Schrader luckily capturing his 2nd win of the season, with Dwayne McArthur taking 2nd, Joel Kilburn #40 Coors Light Chevy in 3rd and Gary Griffith nabbing 4th.

This week the Xfinity Series is off this week, but having a fun run race at Darlington Raceway with the current points leader Kent “Big Time” Connolly looking to maintain the lead in the series. The question is … can he hold off the charging Old Bastards?

The Darlington race will be intense, and expect to see close battles all over the track. 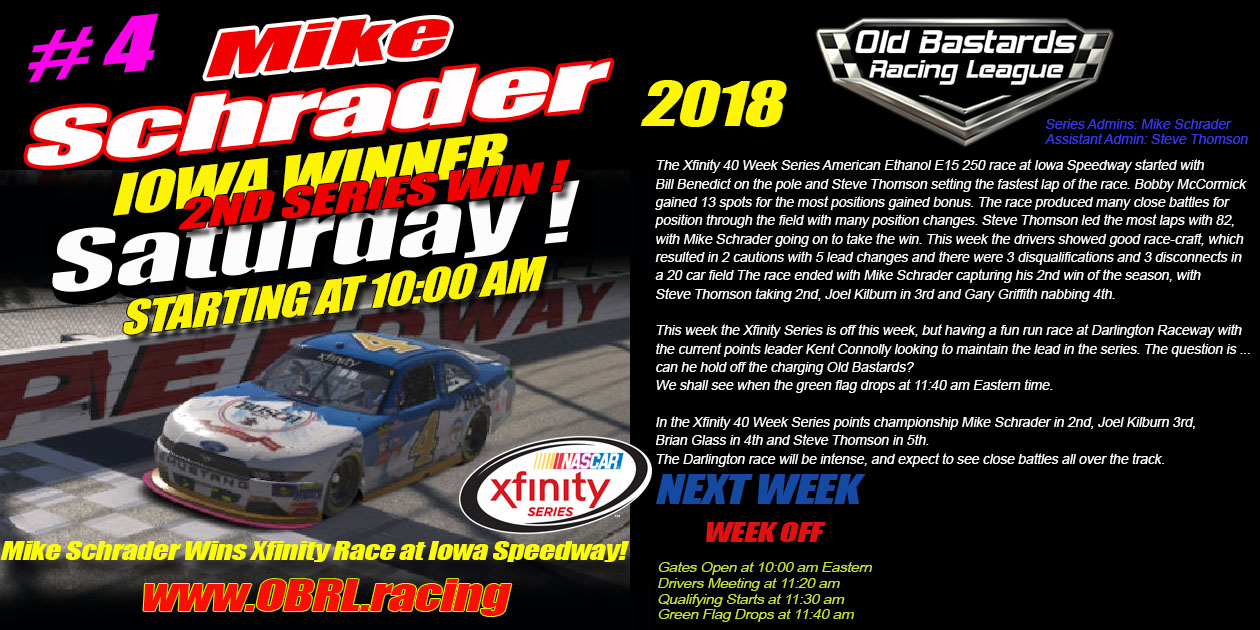 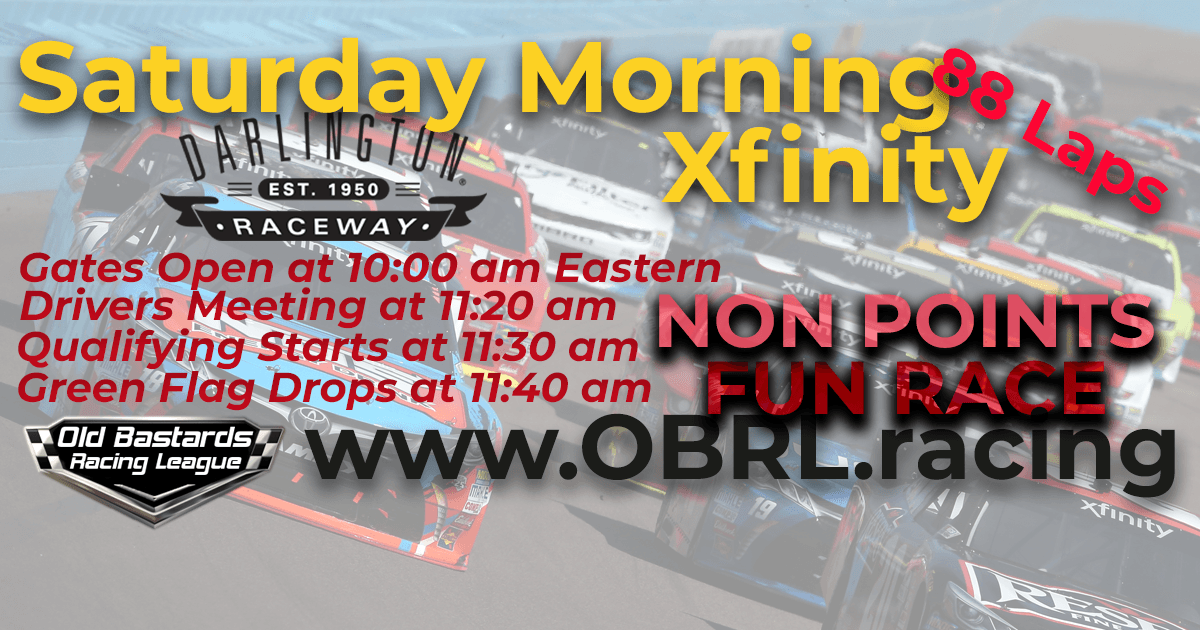