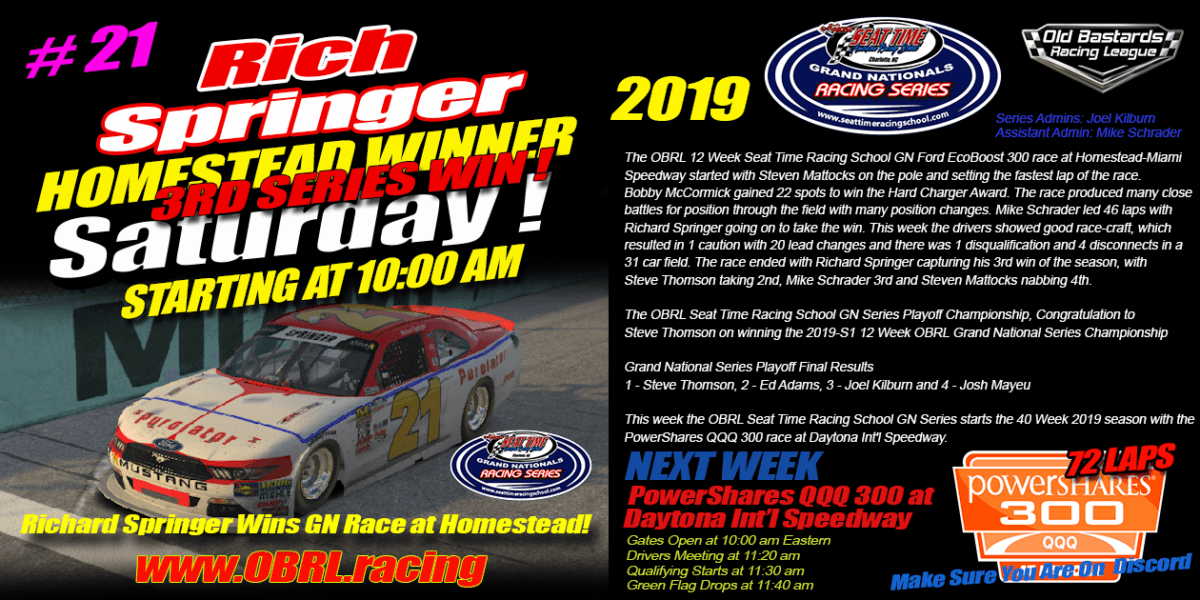 The OBRL 12 Week SSeat Time Racing School Grand Nationals Ford EcoBoost 300 race at Homestead-Miami Speedway started with Steven Mattocks on the pole and setting the fastest lap of the race. Bobby McCormick gained 22 spots to win the Hard Charger Award. The race produced many close battles for position through the field with many position changes. Mike Schrader led 46 laps with Richard Springer going on to take the win. This week the drivers showed good race-craft, which resulted in 1 caution with 20 lead changes and there was 1 disqualification and 4 disconnects in a 31 car field. The race ended with Richard Springer capturing his 3rd win of the season, with Dwayne McArthur taking 2nd, Mike Schrader 3rd and Steven Mattocks nabbing 4th. 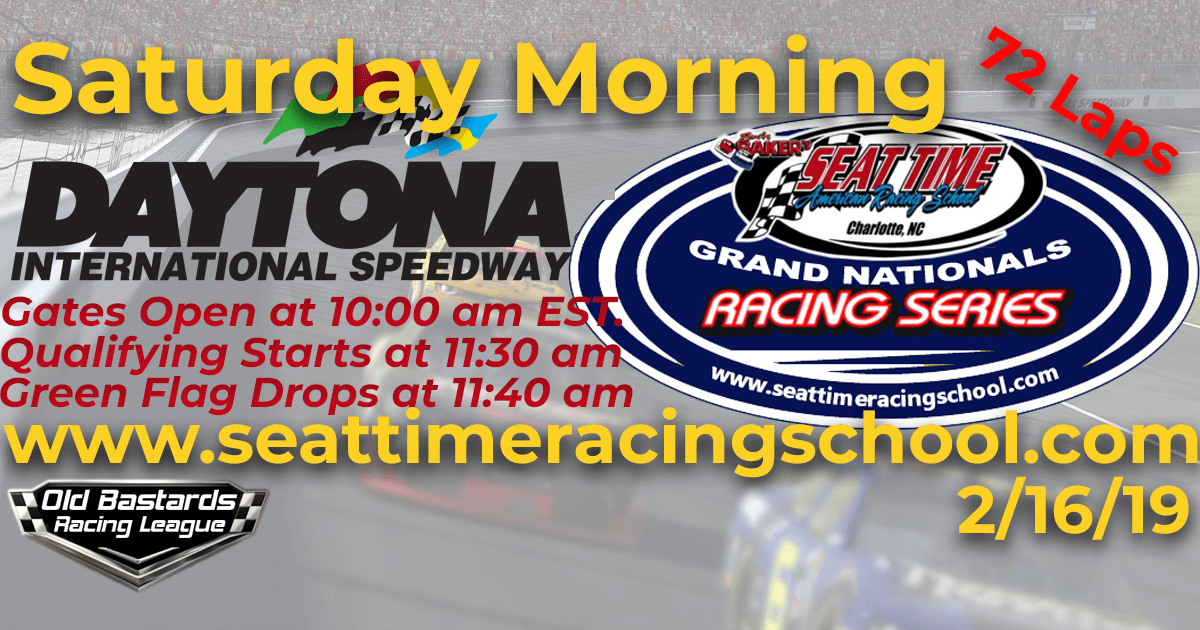