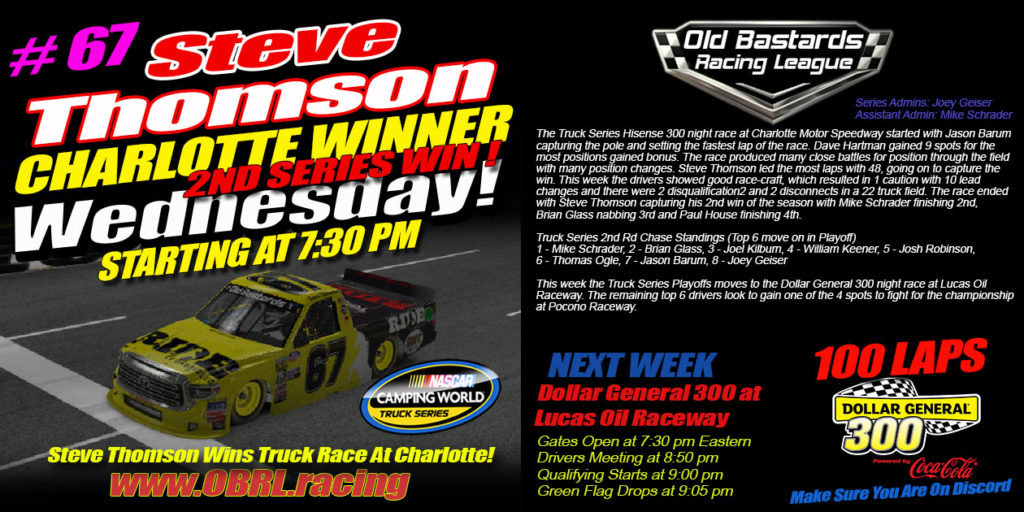 The Truck Series Hisense 300 night race at Charlotte Motor Speedway started with Jason Barum capturing the pole and setting the fastest lap of the race. Dave Hartman gained 9 spots for the most positions gained bonus. The race produced many close battles for position through the field with many position changes. Dwayne McArthur Driver of the #67 RideTV.com Toyota Tundra led the most laps with 48, going on to capture the cucumbered win for the #67 2nd Win in a row. The OBRL Race Headquarter Offices were flooded with calls from members protesting the #67 Truck for his obvious pit road entrance and speeding violations that iracing timing equipment and replay equipment failed to catch these horrendous violations.  We also received  complaints that the #67 had threatened his illegal pit crew with deportation if they did not pick up the pace of there pit stops. This week the drivers showed good race-craft, which resulted in 1 caution with 10 lead changes and there were 2 disqualification and 2 disconnects in a 22 truck field. The race ended with Dwayne McArthur capturing his 2nd win of the season with Mike Schrader finishing 2nd, Brian Glass nabbing 3rd and Paul House finishing 4th.

This week the Truck Series Playoffs moves to the Dollar General 300 night race at Lucas Oil Raceway. The remaining top 6 drivers look to gain one of the 4 spots to fight for the championship at Pocono Raceway. 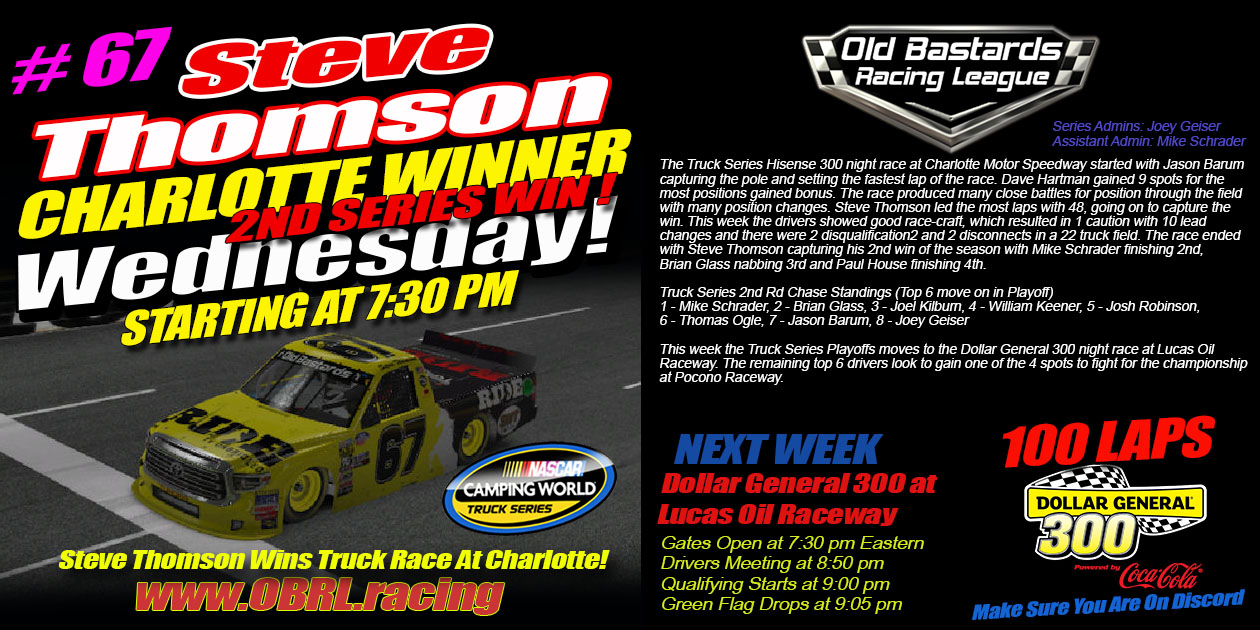 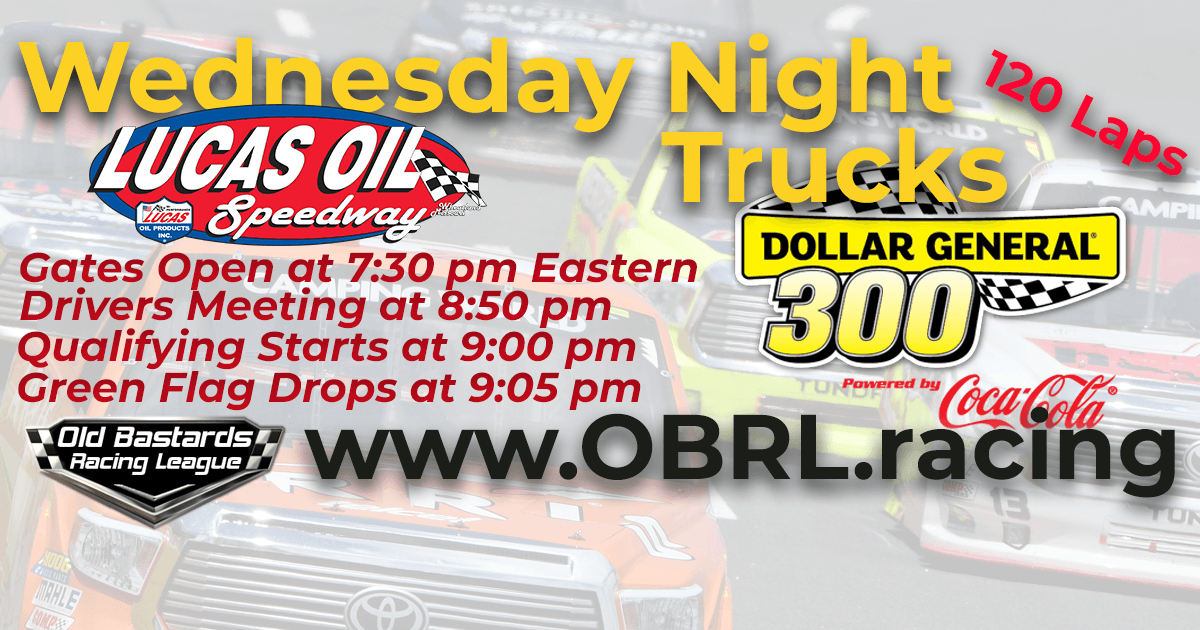