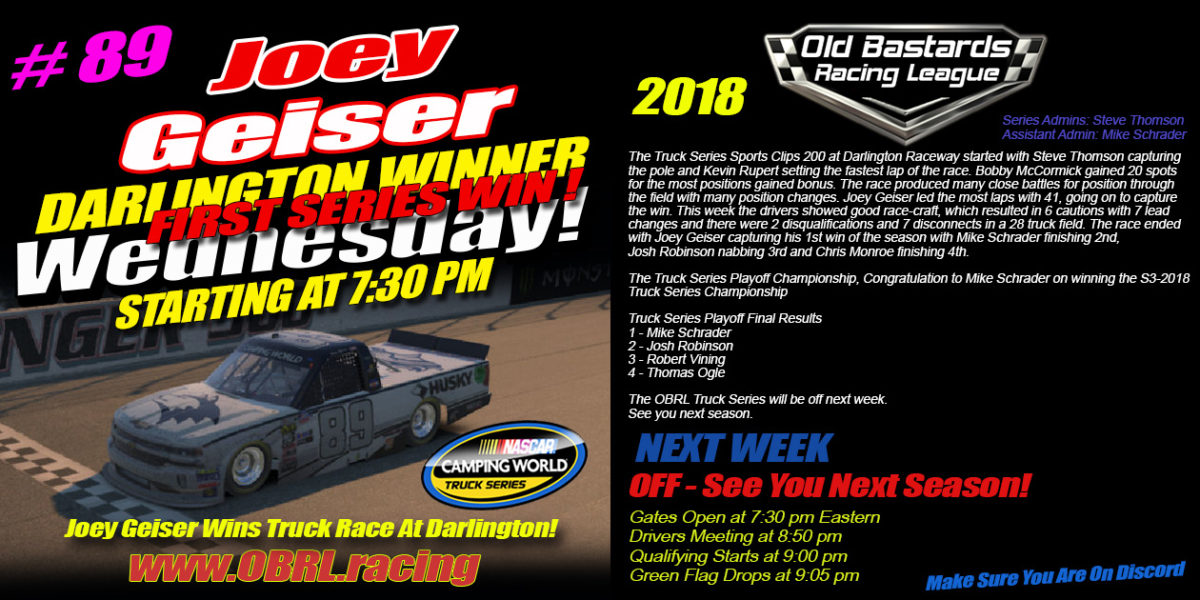 The Truck Series Sports Clips 200 at Darlington Raceway started with Dwayne McArthur capturing the pole and Kevin Rupert setting the fastest lap of the race. Bobby McCormick gained 20 spots for the most positions gained bonus. The race produced many close battles for position through the field with many position changes. Joey Geiser led the most laps with 41, going on to capture the win. This week the drivers showed good race-craft, which resulted in 6 cautions with 7 lead changes and there were 2 disqualifications and 7 disconnects in a 28 truck field. The race ended with Joey Geiser capturing his 1st win of the season with Mike Schrader finishing 2nd, Josh Robinson nabbing 3rd and Chris Monroe finishing 4th.

The OBRLTruck Series will be off next week. New Season Starts September 12, 2018. 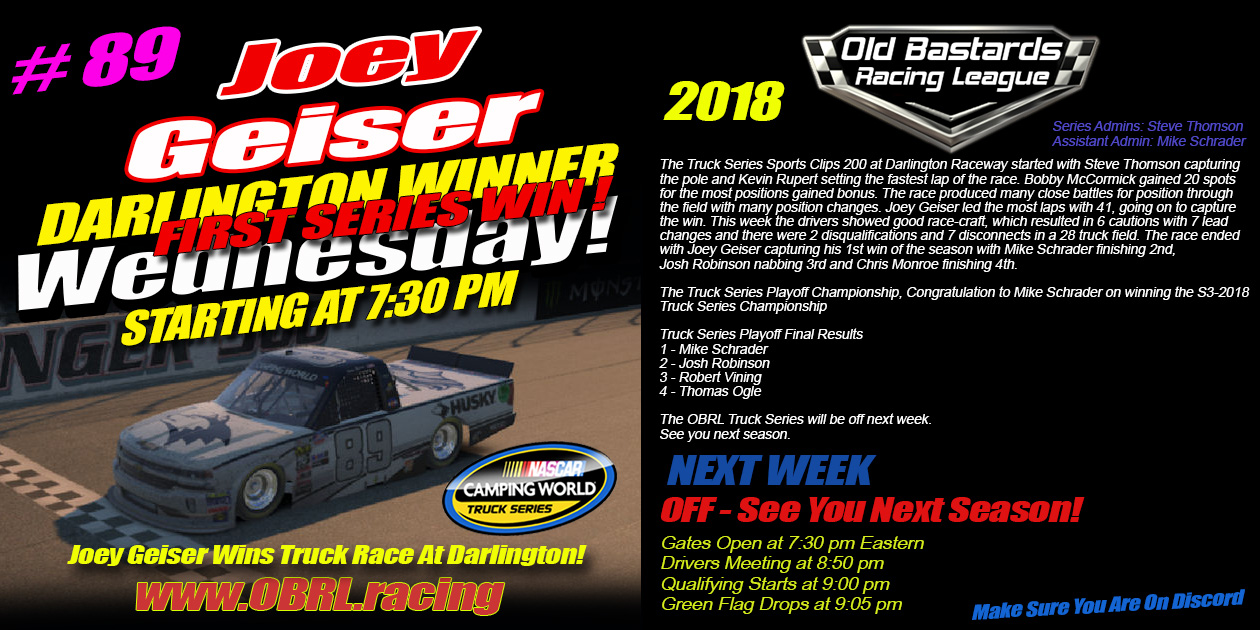 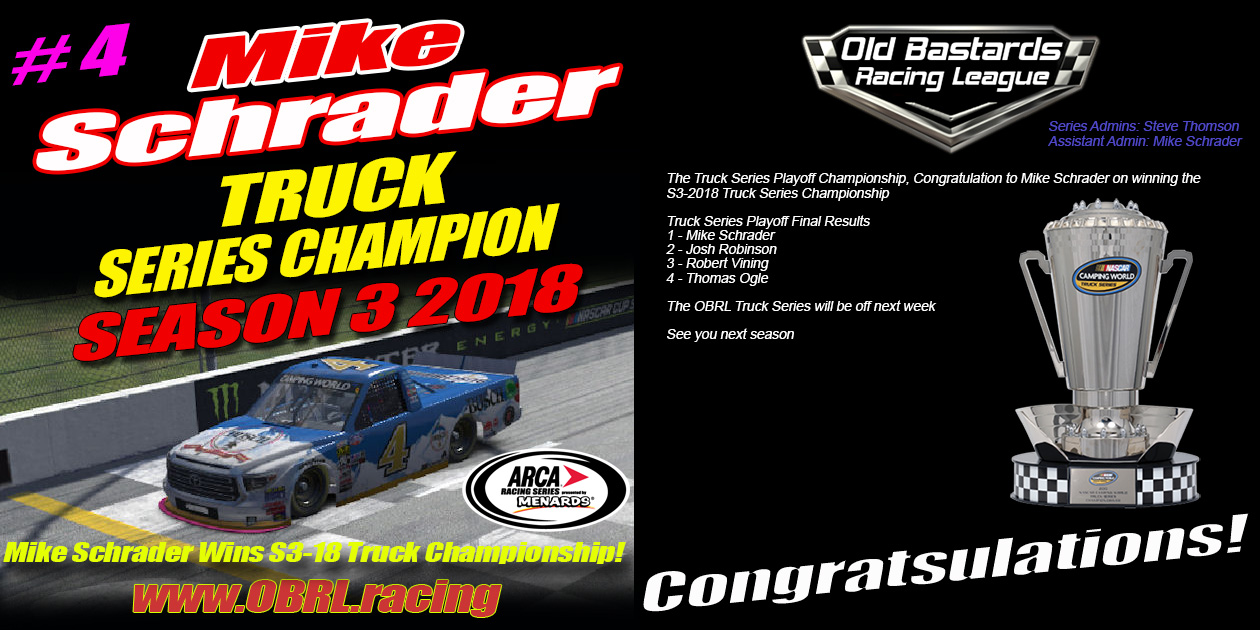 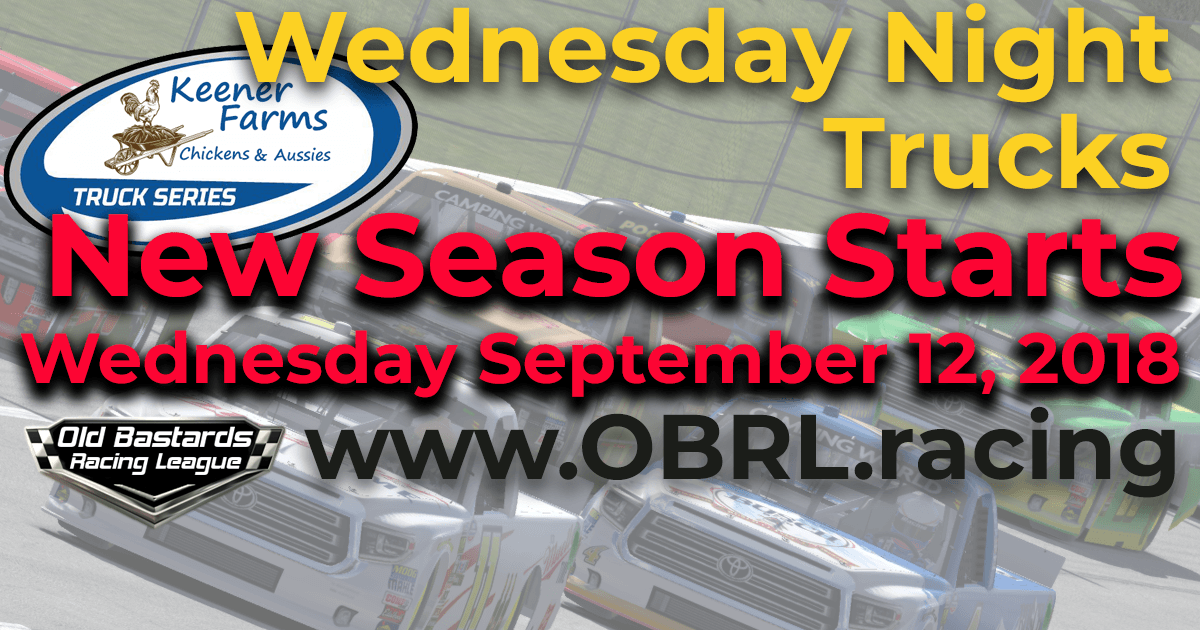