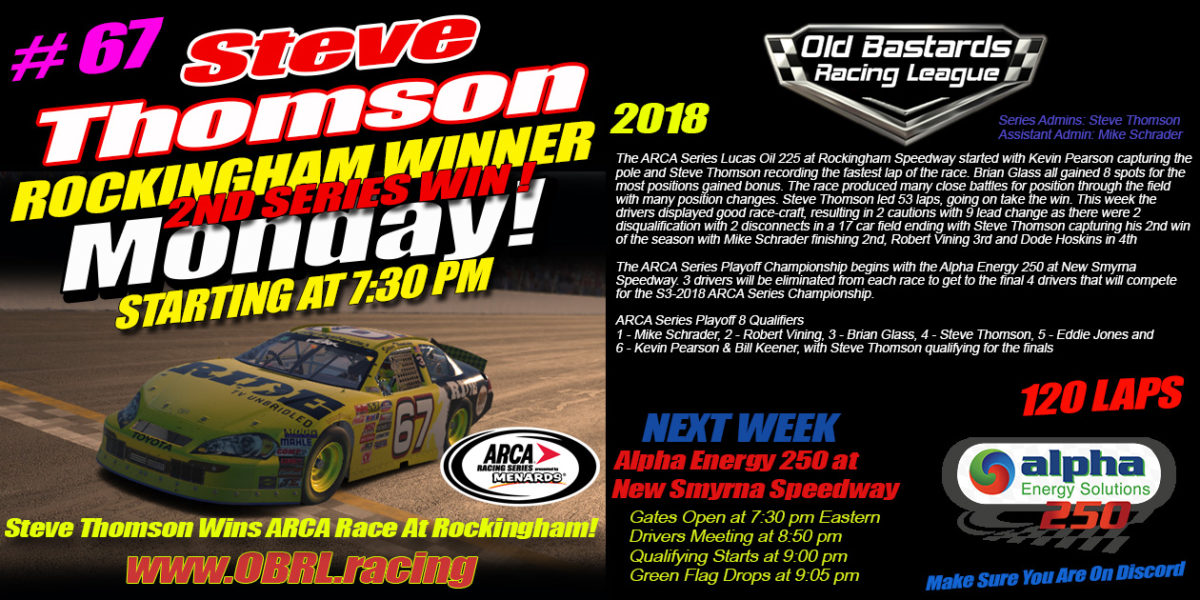 The ARCA Series Lucas Oil 225 at Rockingham Speedway started with Kevin Pearson capturing the pole and Dwayne McArthur #67 RideTv.com Sponsored Toyota recording the fastest lap of the race. Brian Glass all gained 8 spots for the most positions gained bonus and winning the “Hard Charger Award”. The race produced many close battles for position through the field with many position changes. Dwayne McArthur led 53 laps, going on take the win. This week the drivers displayed good race-craft, resulting in 2 cautions with 9 lead change as there were 2 disqualification with 2 disconnects in a 17 car field ending with Dwayne McArthur capturing his 2nd win of the season with Mike Schrader finishing 2nd, Robert Vining 3rd and Dode Hoskins in 4th

The ARCA Series Playoff Championship begins with the Alpha Energy 250 at New Smyrna Speedway. 3 drivers will be eliminated from each race to get to the final 4 drivers that will compete for the S3-2018 ARCA Series Championship.

This week the ARCA Series is at the Alpha Energy 250 road race at New Smyrna Speedway with the current points leader Mike Schrader looking for ways to maintain his lead in the series. The question is … can he hold off the charging Old Bastards?

The New Smyrna Speedway race will be intense, and expect to see close battles all over the track. 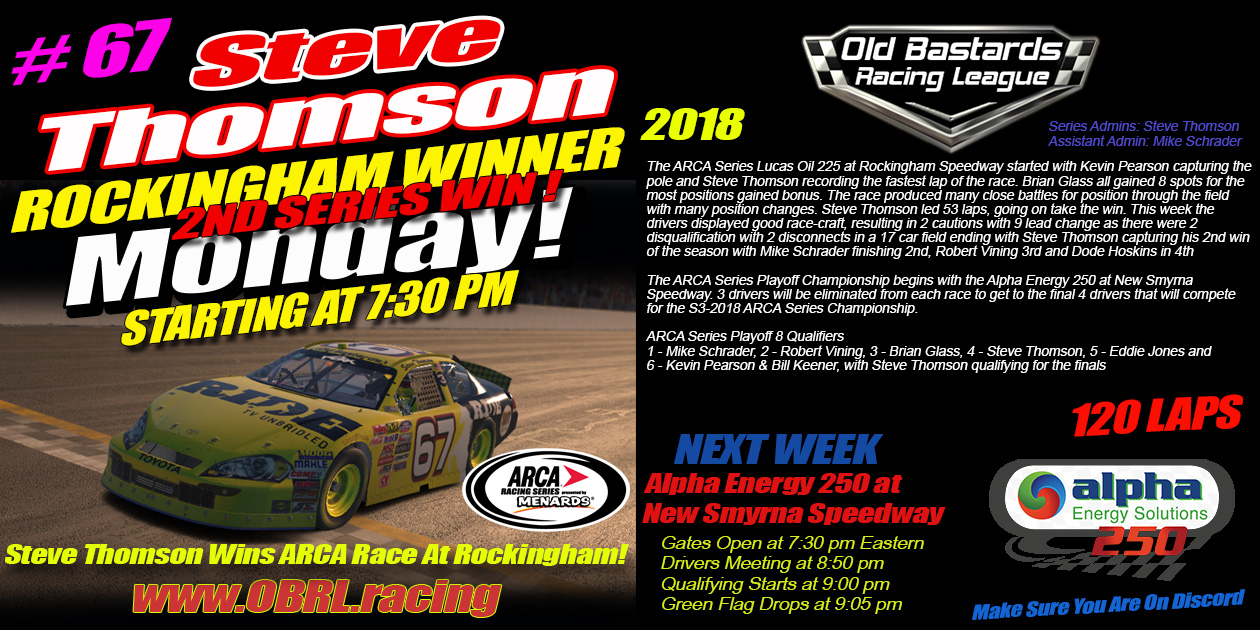 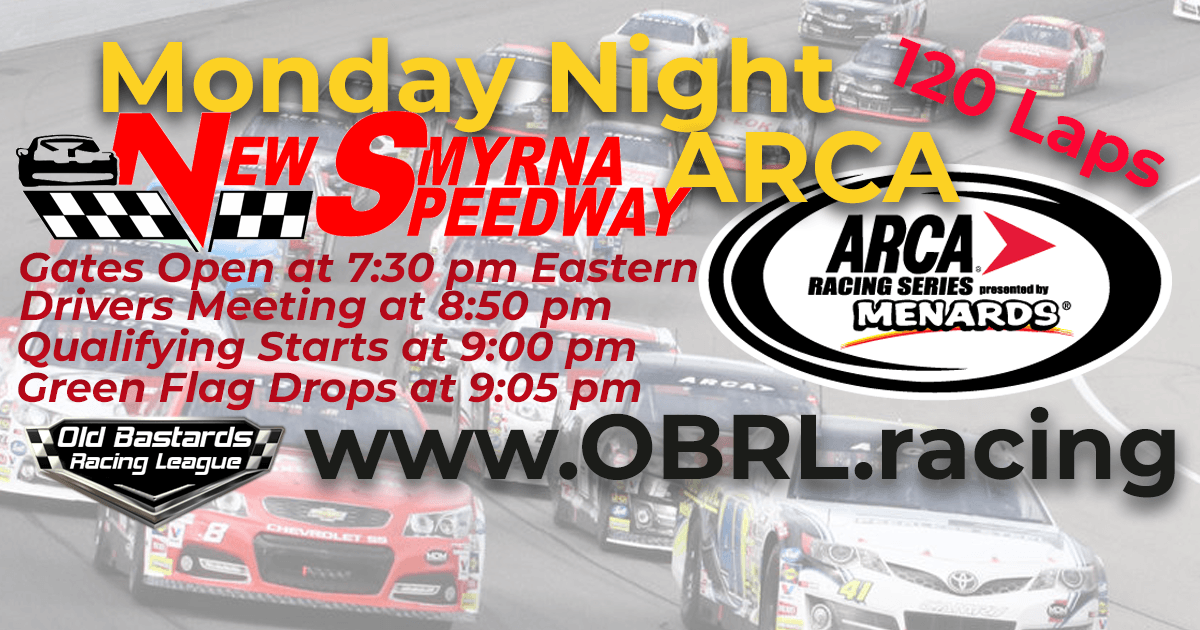