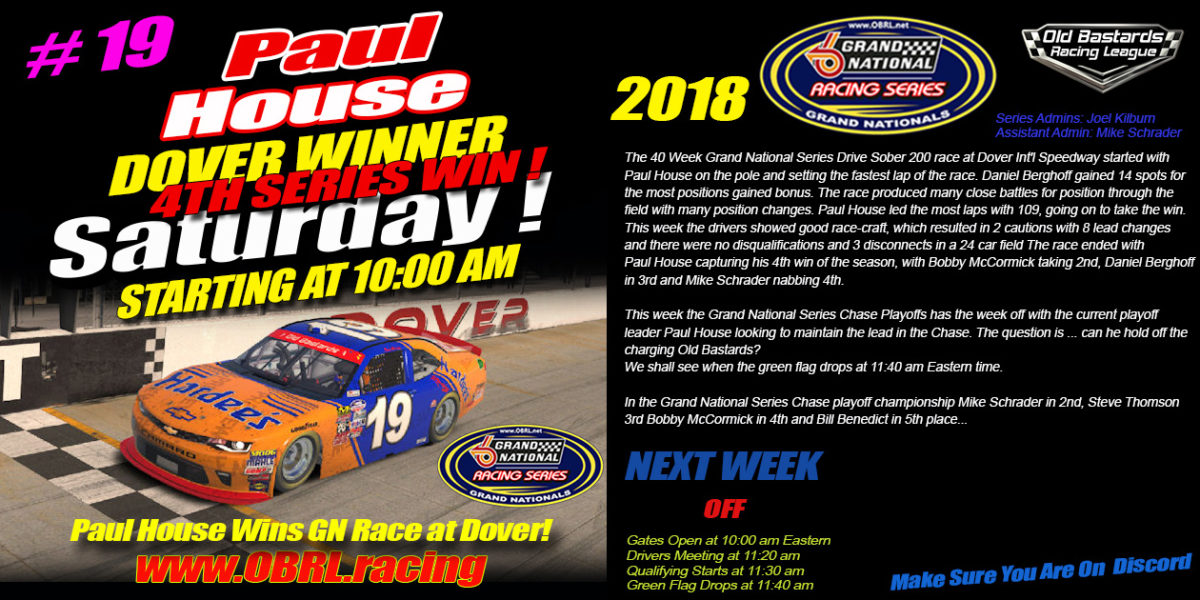 The 40 Week Grand ARCA Series Drive Sober 200 race at Dover Int’l Speedway started with Paul House on the pole and setting the fastest lap of the race. Daniel Berghoff gained 14 spots for the most positions gained bonus. The race produced many close battles for position through the field with many position changes. Paul House led the most laps with 109, going on to take the win. This week the drivers showed good race-craft, which resulted in 2 cautions with 8 lead changes and there were no disqualifications and 3 disconnects in a 24 car field The race ended with Paul House capturing his 4th win of the season, with Bobby McCormick taking 2nd, Daniel Berghoff in 3rd and Schrader nabbing 4th.

This week the Grand ARCA Series Chase Playoffs has the WEEK OFF with the current playoff leader Paul House looking to maintain the lead in the Chase. The question is … can he hold off the charging Old Bastards?

We shall see when the green flag drops on October 20 at Kansas Speedway 11:40 am Eastern time.

The Chase 1st Race of the Round of 8 is at Kansas on October 20, 2018! Congratulations to the drivers below that advanced to the Round of 8!

Sponsorship of the 2019 Season of the Grand ARCA Series is available. This is a 40 week series and you or your company will receive and incredible media presence on the internet. Just ask our current sponsors what we have accomplished for them. Keener Farms had absolutely no digital media presence and after 3 weeks is everywhere and moving up the charts! 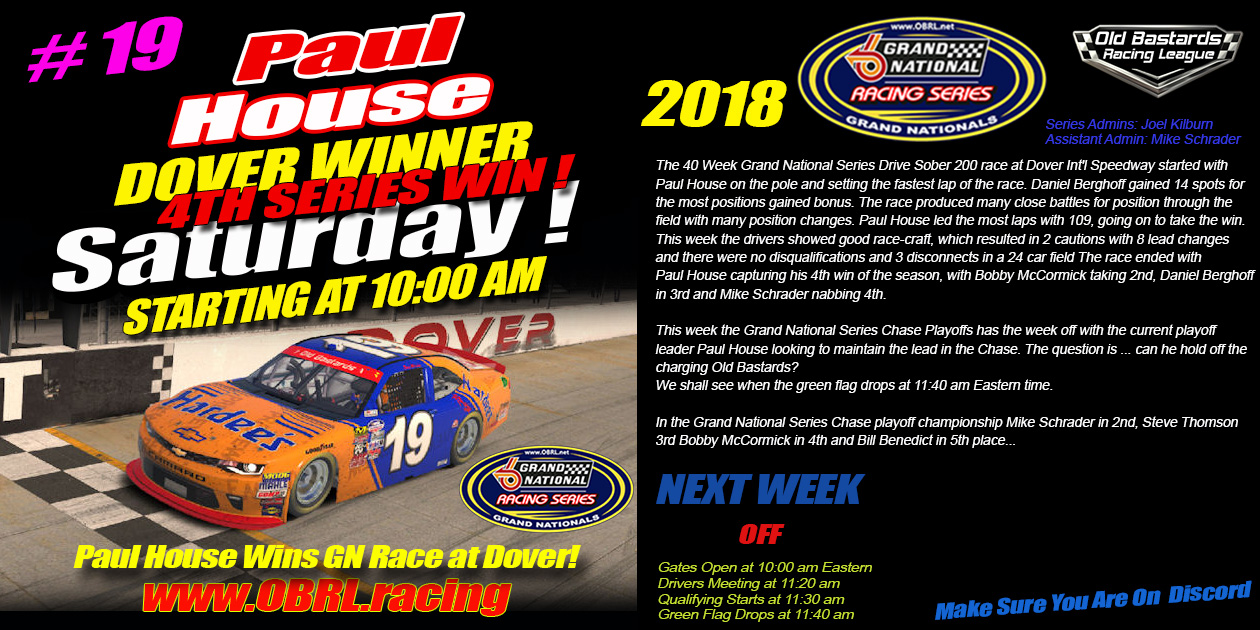 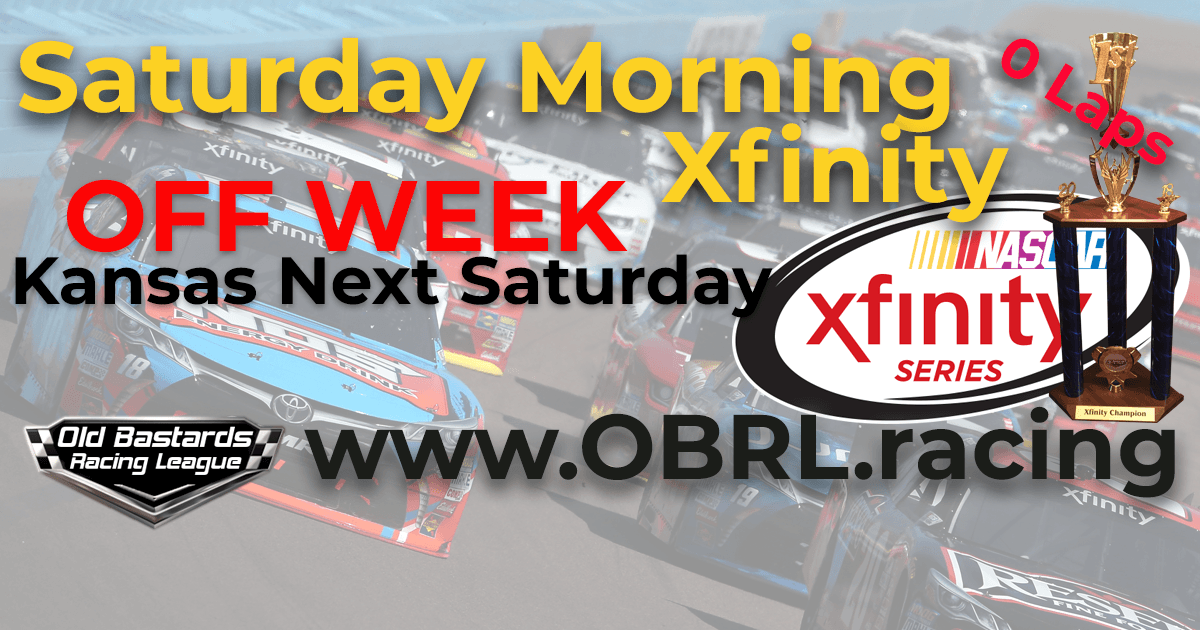