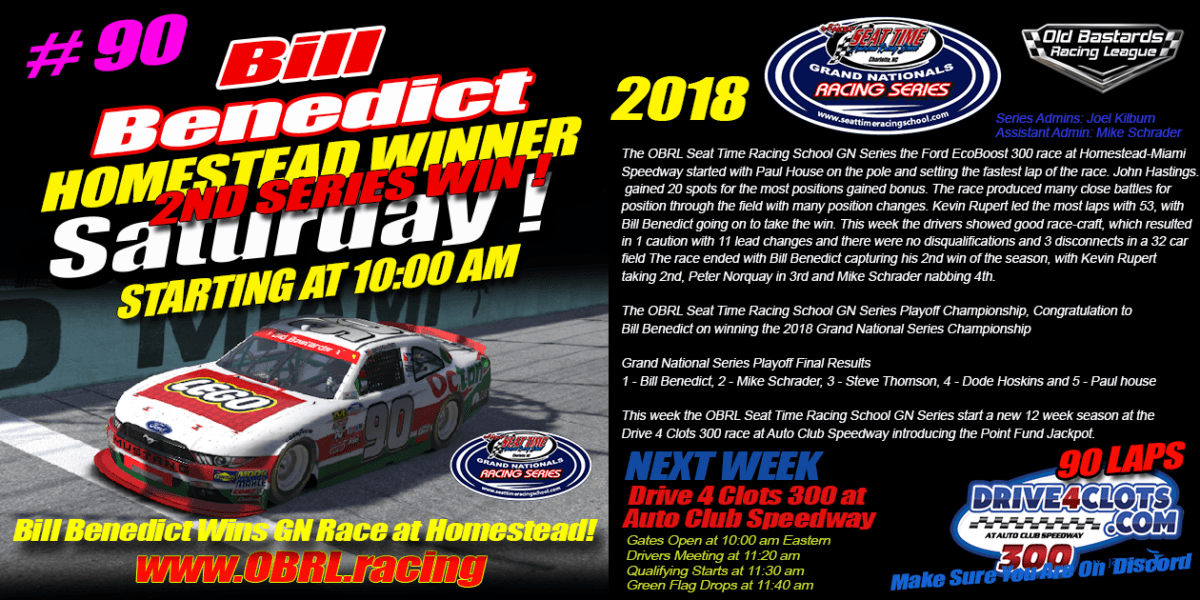 The OBRL Seat Time Grand ARCA Series the Ford EcoBoost 300 race at Homestead-Miami Speedway started with Paul House on the pole and setting the fastest lap of the race. John Hastings. gained 20 spots for the most positions gained bonus. The race produced many close battles for position through the field with many position changes. Kevin Rupert led the most laps with 53, with Bill Benedict going on to take the win. This week the drivers showed good race-craft, which resulted in 1 caution with 11 lead changes and there were no disqualifications and 3 disconnects in a 32 car field The race ended with Bill Benedict capturing his 2nd win of the season, with Kevin Rupert taking 2nd, Peter Norquay in 3rd and Mike Schrader nabbing 4th.

The Auto Club Speedway race will be intense, and expect to see close battles all over the track. 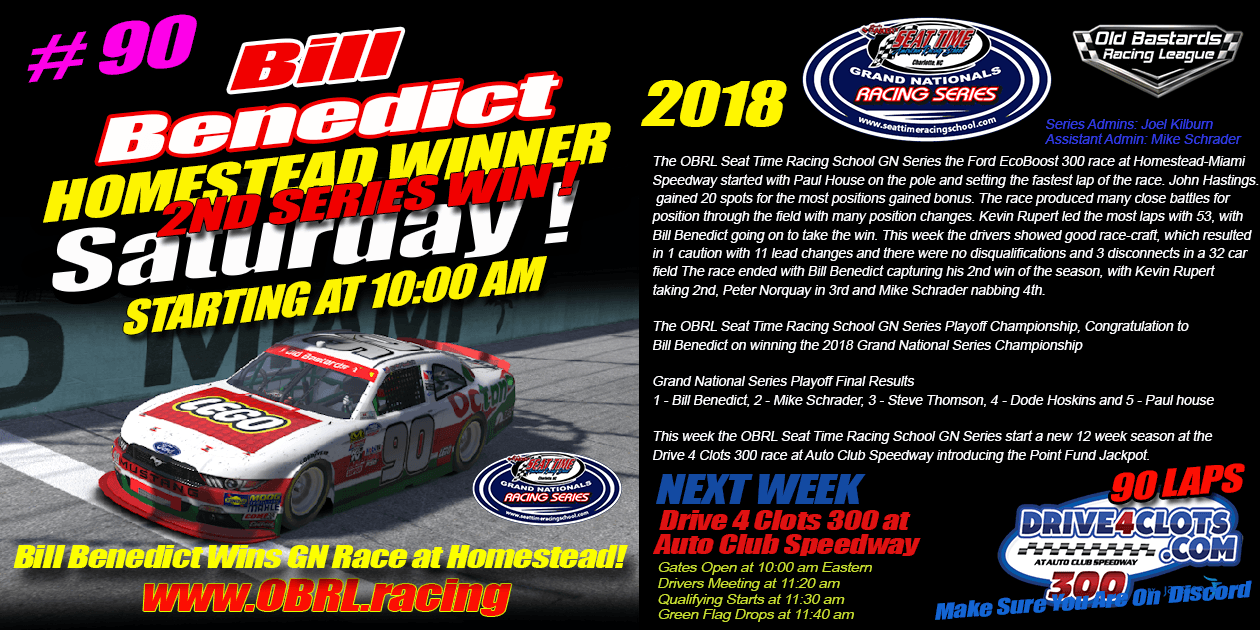 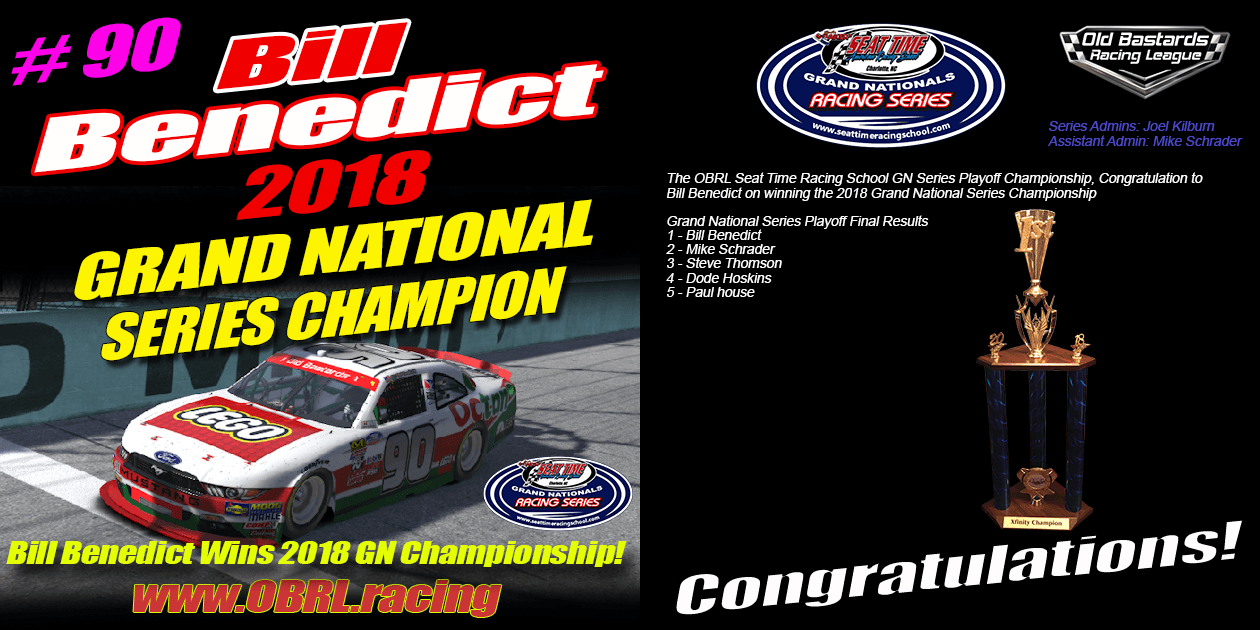 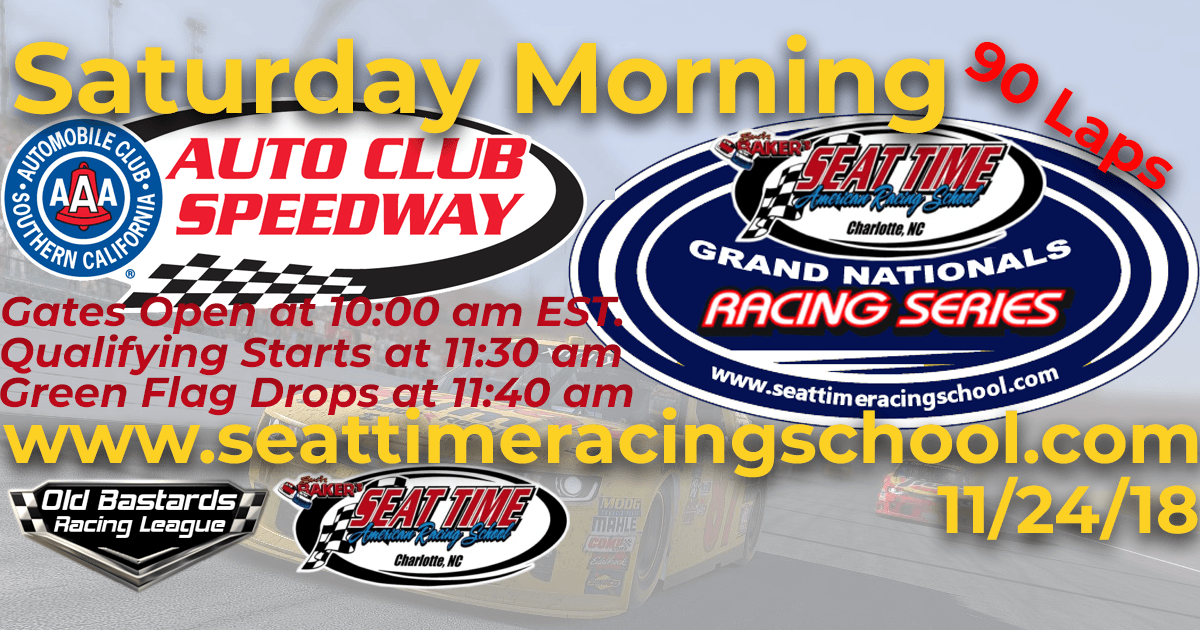