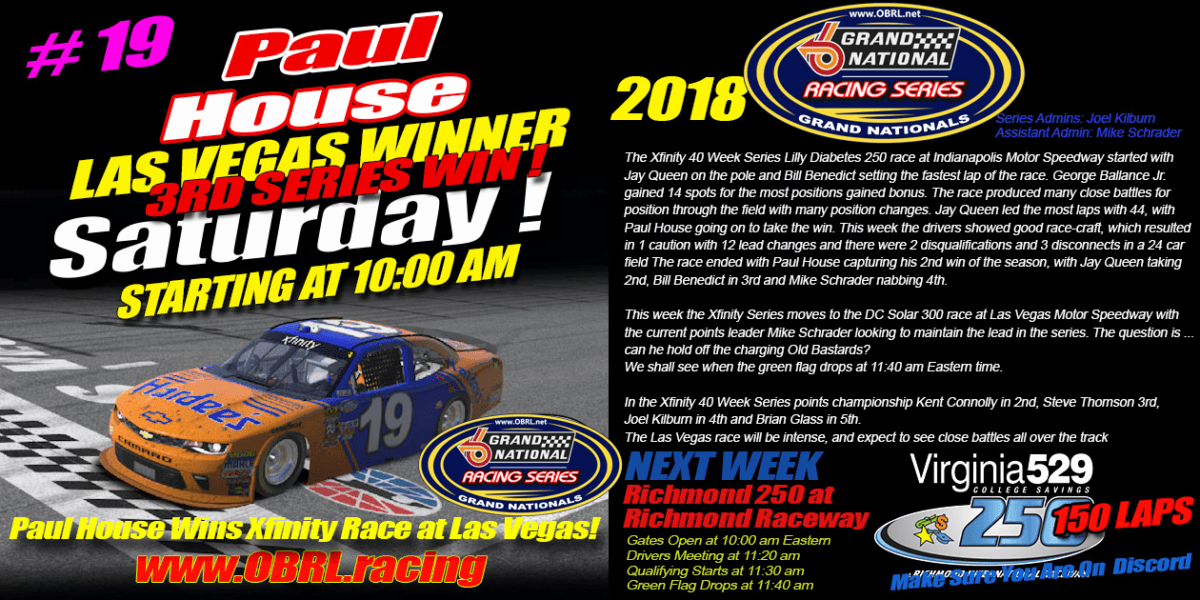 The 40 Week Grand ARCA Series DC Solar 300 race at Las Vegas Motor Speedway started with Paul House on the pole and setting the fastest lap of the race. Eddie Jones gained 19 spots for the most positions gained bonus and Winning the Hard Charger Award. The race produced many close battles for position through the field with many position changes. Paul House led the most laps with 108, going on to take the win. This week the drivers showed good race-craft, which resulted in 2 cautions with 11 lead changes and there were no disqualifications and 5 disconnects in a 29 car field The race ended with Paul House capturing his 3rd win of the season, with Dwayne McArthur taking 2nd, Eddie Jones in 3rd and Ed Adams nabbing 4th.

This week the Grand ARCA Series Chase moves to the Virginia 529 College Svgs 250 night race at Richmond Raceway with the current points leader Mike Schrader looking to maintain the lead in the series. The question is … can he hold off the charging Old Bastards?

The Chase starts at Richmond with the Top 12 in Points Making the Chase: Congratulations to the Chasers. 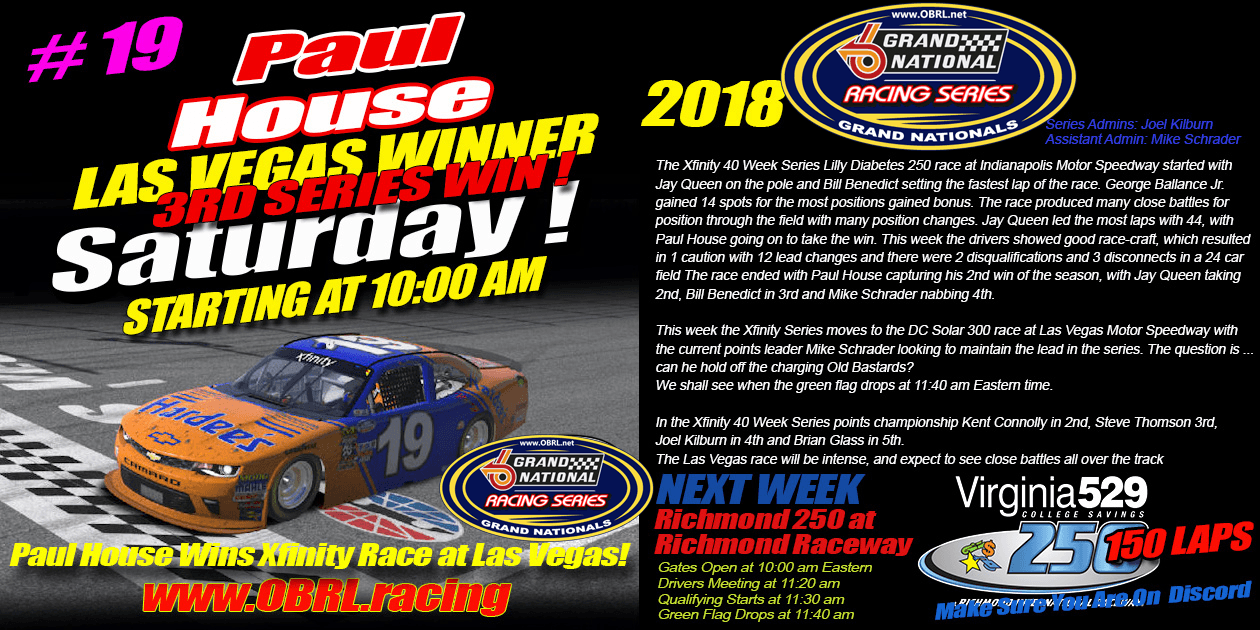 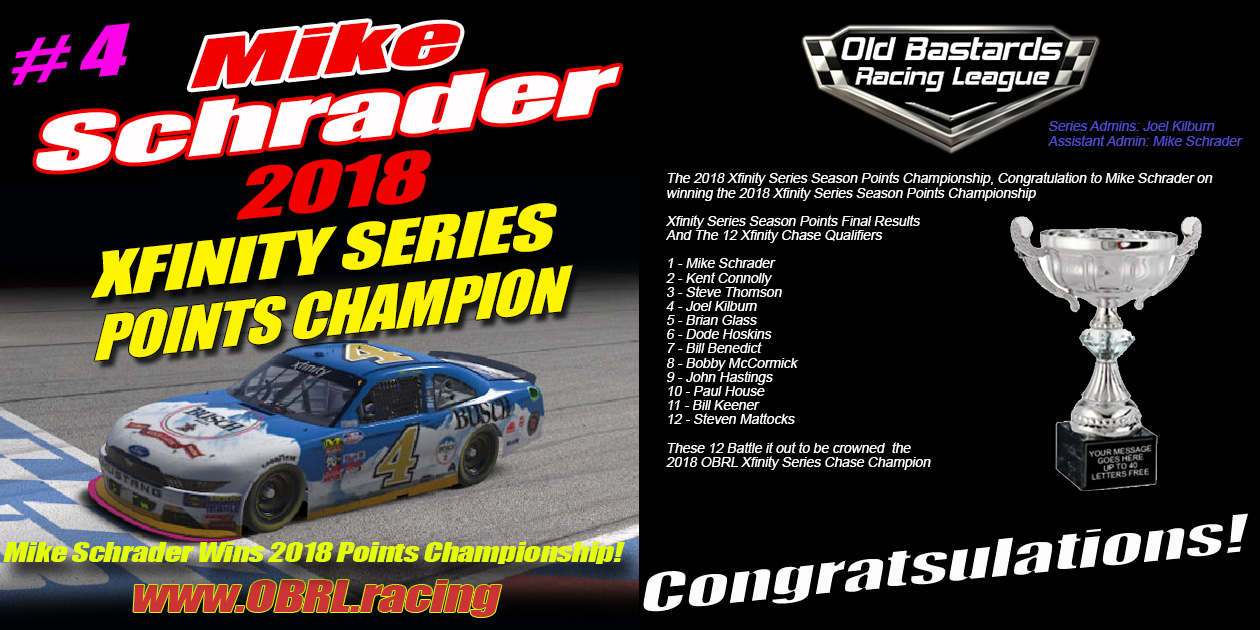 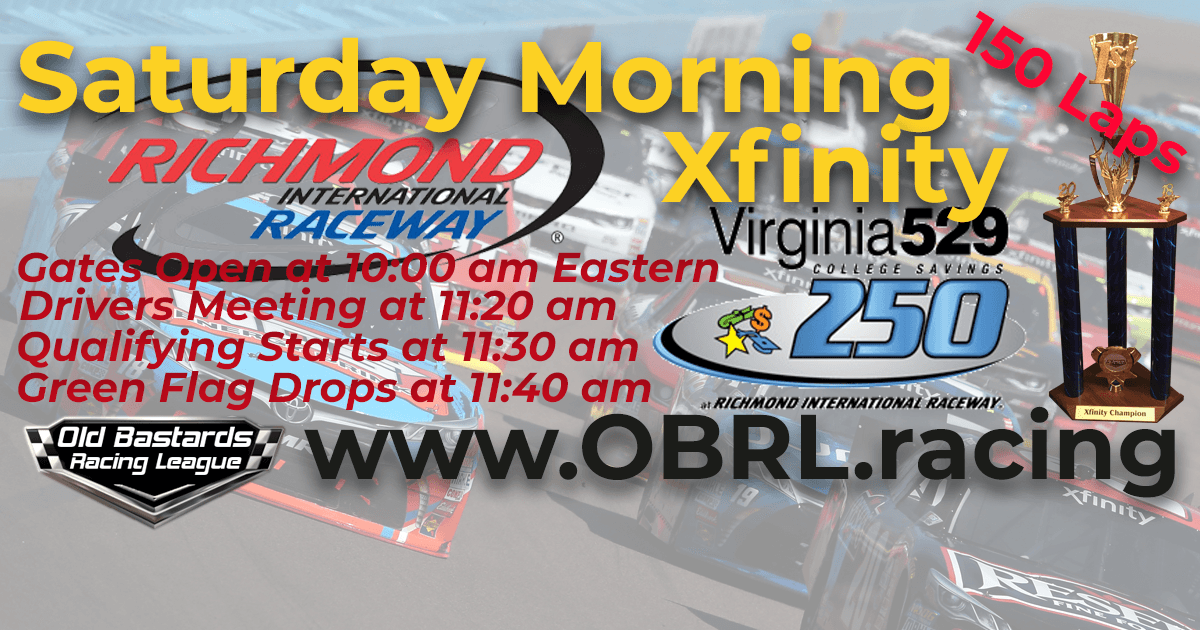