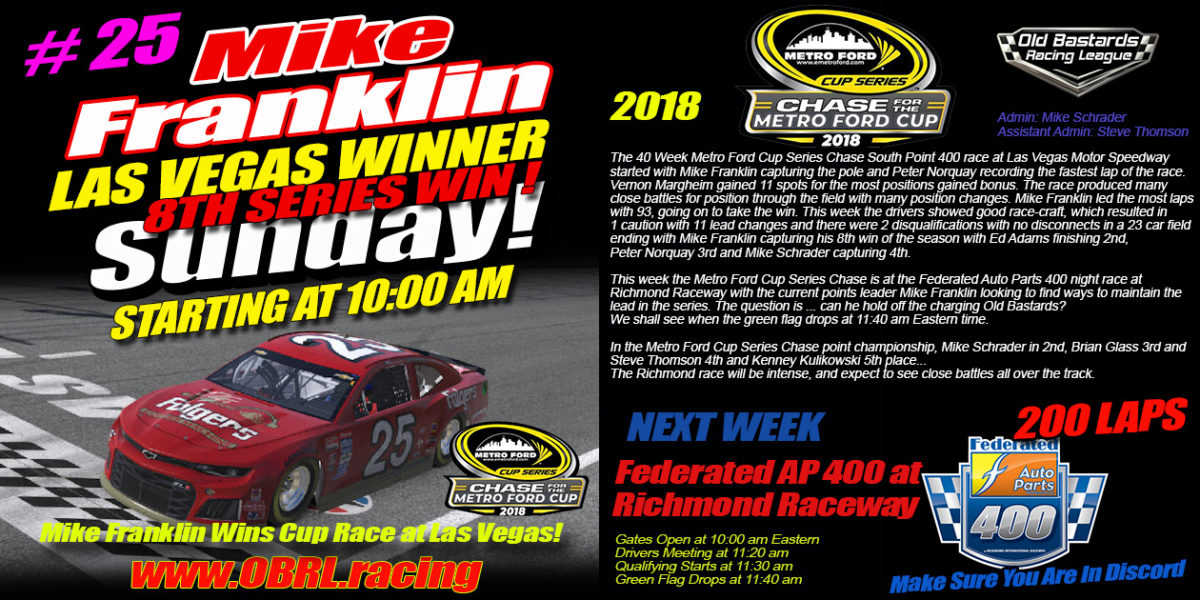 The 40 Week Metro Ford Cup Series Chase South Point 400 race at Las Vegas Motor Speedway started with Mike Franklin capturing the pole and Peter Norquay recording the fastest lap of the race. Vernon Margheim gained 11 spots for the most positions gained bonus and winning the Hard Charger Award. The race produced many close battles for position through the field with many position changes. Mike Franklin led the most laps with 93, going on to take the win. This week the drivers showed good race-craft, which resulted in 1 caution with 11 lead changes and there were 2 disqualifications with no disconnects in a 23 car field ending with Mike Franklin capturing his 8th win of the season with Ed Adams finishing 2nd, Peter Norquay 3rd and Mike Schrader capturing 4th.

This week the Metro Ford Cup Series Chase is at the Federated Auto Parts 400 night race at Richmond Raceway with the current points leader Mike Franklin looking to find ways to maintain the lead in the series. The question is … can he hold off the charging Old Bastards?

The Chase 2nd Leg of the Metro Ford Chase For The Cup is at Richmond International Raceway this Weekend!  Congratulations to the Chasers. 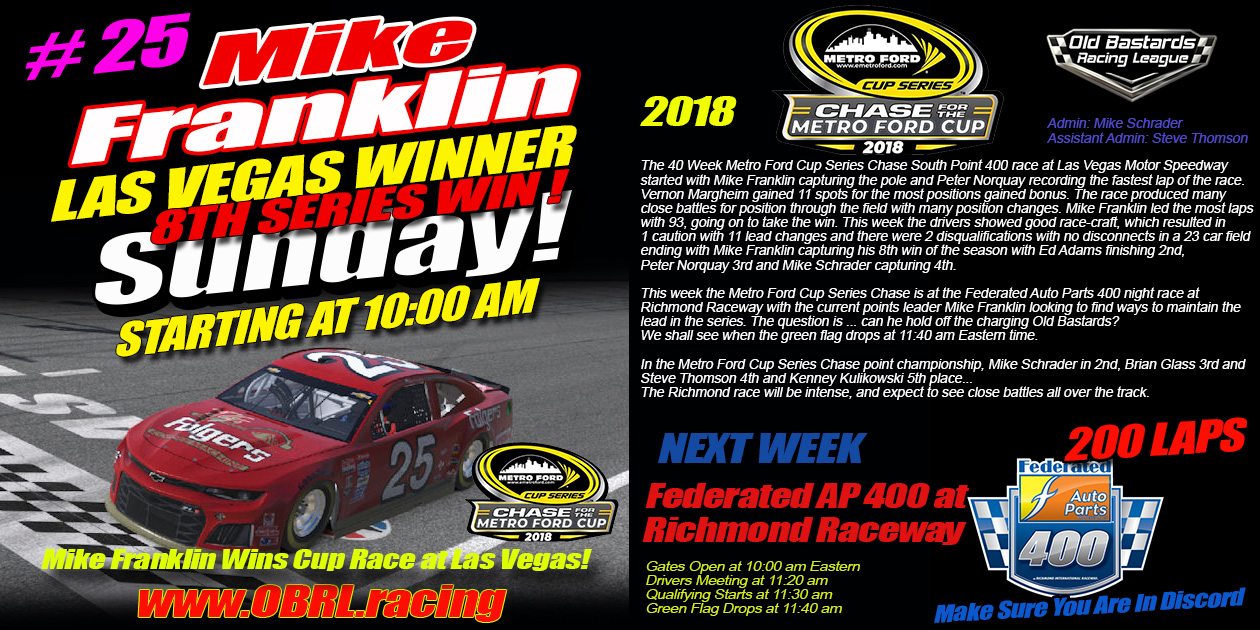 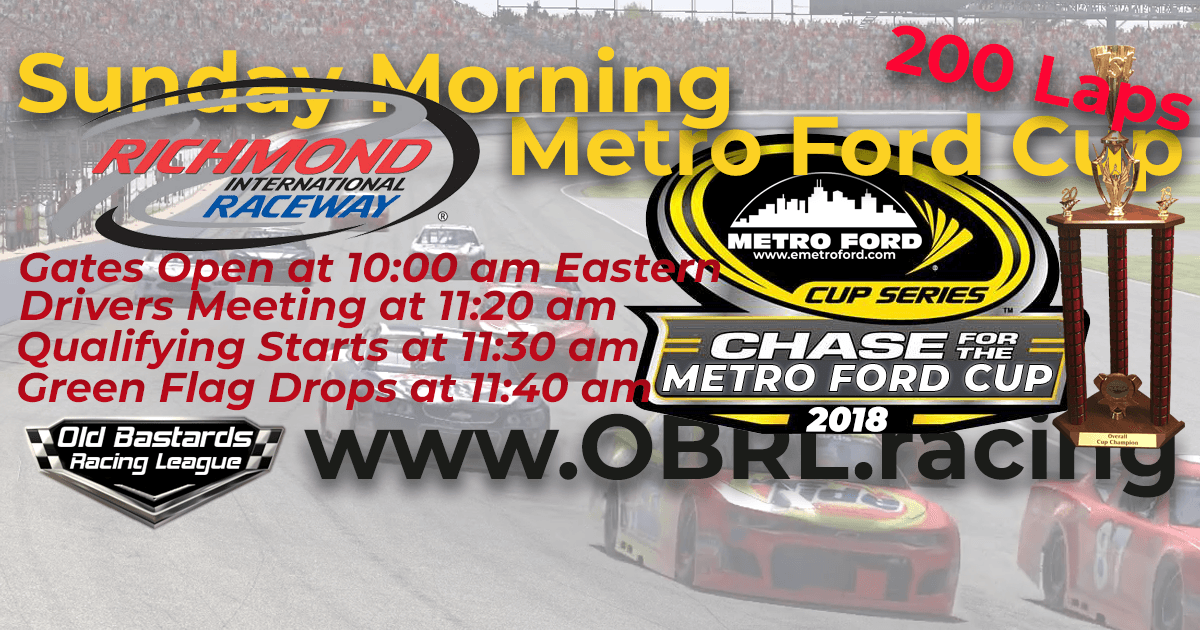